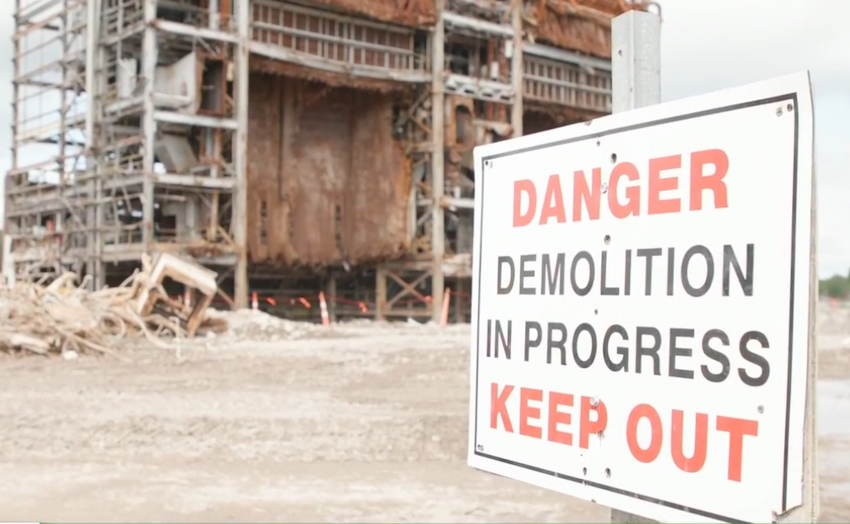 Residents watched as the Weadock Plant came down last Saturday near Essexville, at the mouth of Saginaw Bay (Click the link to watch a video about the plant and the demolition).

“Coal plants in general – they served the state of Michigan very well. … But they’ve come to the end of their useful life. We’re closing one era and we’re opening a new one,” said Dennis Dobbs, a vice president at Consumers Energy, referring to cleaner sources of energy.

The plant, which was named for J.C. Weadock, a company founding father, burned about 1 million tons of coal per year and could generate up to 310 megawatts of electricity. The smokestacks were landmarks for boaters on the bay and the Saginaw River.

“The plant’s 1940 dedication ceremony was a campaign rally of sorts for Wendell Wilkie, president of the utility giant that then owned Consumers Power,” the company said. “Wilkie, the Republican nominee, lost the election to Franklin D. Roosevelt.”