Maryland Gov. Martin O’Malley has vetoed a bill that would have delayed a proposed wind power project in Somerset County, Md. 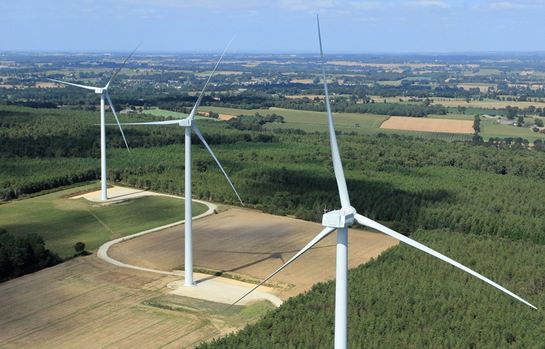 Maryland lawmakers had endorsed a one-year halt to development of any wind energy project with tall turbines near the Patuxent Naval Air Station on the Chesapeake Bay in southern Maryland, according to TransmissionHub.

“There are already safeguards in place to ensure that no renewable energy projects conflict with military facilities — those safeguards render this bill unnecessary,” O’Malley said.

The project at issue is the Great Bay wind power station, which would ultimately be a 150 MW facility. The first phase would involve 70 MW. Great Bay would be developed by an affiliate of Pioneer Green Energy.

The company’s website says that it has 5,000 MW of capacity in development and more than 2,700 MW currently in operation.

The bill would have blocked the state Public Service Commission (PSC) from approving a certificate of public convenience and necessity (CPCN) for the construction of a wind energy facility that includes any wind turbine exceeding 50 feet in height within a specified area before July 1, 2015.

Supporters of the measure say the Navy has concerns about wind turbines interfering with the military station’s radar systems.

In addition to saying that adequate protections are in place for the base, the governor also said the delay could jeopardize a major economic investment. Delaying the project would “effectively kill” a $200 million investment, O’Malley said in a letter to House Speaker Michael Busch.

O’Malley also said that combatting global warming through expansion of renewable energy can reduce the threat to the Patuxent River caused by rising sea levels.

O’Malley said his administration has sought to expand in-state renewable generation by 20 percent by 2022 and reduce Maryland’s greenhouse gas emissions by 25 percent by 2020.