Power outages, whether caused by extreme weather or by local accidents, require a timely remedy by utility crews. Repairing distribution infrastructure following an outage could, however, result in the reconnection of some meters to a transformer or phase other than the one originally connected. In addition, there are situations, especially during power emergencies, where meter connections are rerouted without the utility’s records ever being updated. Over time, utility records and physical reality might diverge sufficiently, making it difficult to manage the distribution network.

Transformers may fail without warning because of overloading due to incorrect connectivity data on record, thus leaving all connected customers without power. Meanwhile, other transformers might be left inadvertently oversized with fewer meters than the original design specified. This causes unnecessary waste of equipment capacity and power. Theft detection strategies, based on comparing voltages of all meters connected to the same transformer, fail because knowledge of connectivity is faulty. Similarly, detecting high impedance connections-a threat to customer safety-is impaired by the lack of reliable data on connectivity. 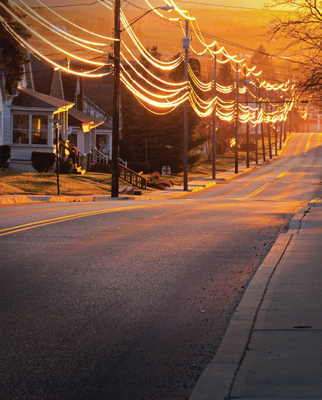 Finally, outage detection and reporting systems rely on accurate knowledge of transformer and phase connectivity. In today’s communication networks, only a subset of the power-off-notifications (PONs) sent by all smart meters affected by an outage are “heard” by the head end. Precise connectivity information for each and every transformer is required to accurately and quickly determine the true extent and identification of all customers affected by an outage.

Traditionally, verifying transformer and phase connectivity has required either visual tracing of overhead lines or sending and receiving electrical signals over the wire. All traditional methods require considerable human resources.

These algorithms use the normally occurring voltage fluctuations at each meter as a signal to identify “friend vs. stranger,” in a manner of speaking. The voltage monitored by every meter changes as a consequence of one of three types of events:

The meter-to-transformer connectivity discovery method relies on correlating five-minute time series of voltage changes between any two meters within a user-settable limit, typically 1,000 to 3,000 feet. The correlation is conducted on a daily basis for a minimum of seven days, and the results evaluated to either confirm or reject the identity of each meter’s parent transformer. Where such identity is rejected, an alternate identity is indicated that is the more likely parent transformer.

The advanced grid connectivity algorithms exploit the fact that a voltage change caused by switching a load at a premise is “felt” by most meters that are connected to the same transformer. By correlating each meter’s voltage changes to those of all other meters that are within a reasonable radius (approximately 1,000 feet), therefore, grid operators can distinguish meters on the same transformer that show the same, simultaneous voltage change, from meters on other transformers that do not show any simultaneous change.

Because interval data timing is imprecise, identifying actual connectivity requires collecting and correlating a sufficiently large number of voltage changes in order to use statistics-based approaches to minimize error. This method uses a quantitative measure, “affinity,” which characterizes the degree to which two meters experience the same local voltage changes. The degree to which affinity between any two meters varies helps in determining meter-to-transformer connectivity. 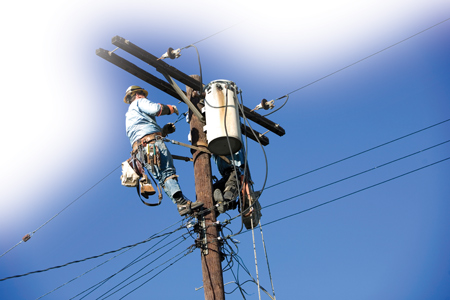 Accurate meter-to-transformer connectivity as well as meter-to-phase is essential to enable a truly smart grid. It allows utilities to analyze each line segment from meter to feeder for revenue assurance and theft detection, and to gain valuable insight into their distribution systems. Utilities can detect power theft and high-impedance connections by comparing meter voltage to that of neighboring meters and find misplaced or misfiled meters.

Performing analytics on smart meter data without accurate and timely knowledge of meter-to-transformer or meter-to-phase connectivity is like finding your way with an out-of-date map. Advanced grid connectivity algorithms are like the GPS for smart grid analytics, allowing utilities to accurately and timely track meter locations in relation to the transformers that serve them.

Robert Sonderegger is a director and software engineering advisor at Itron. He is responsible for technical leadership, software innovation and advanced technology.