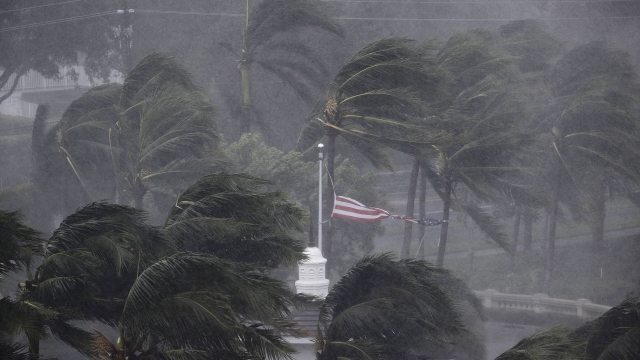 Florida Power & Light said its workforce of nearly 19,500 worked through the night to restore power. About one-fourth of the 4.4 million customers impacted by Hurricane Irma had regained power, according to FPL.

The crews-which FPL called the largest restoration force in U.S. history-included workers from FPL, contractors and other utilities who loaned out employees to help. They were working from about 30 staging sites.

And the work is just beginning.

“It absolutely could be weeks if we have to rebuild part of the system,” FPL CEO Eric Silagy said in a press conference.

Farther north, Georgia Power reported that some 800,000 of its customers were still without power as of Tuesday morning. The utility deployed 5,500 employees with damage assessment as the first phase then moving into restoration as conditions improved.

Duke Energy activated about 5,000 workers dealing with outages in its Carolina and Florida service areas.

Hurricane Irma delivered the much expected blow to Florida’s power grid this weekend, and crews are just beginning the recovery and reconnection process.

Whatever category you want to call it, Irma blew through and left millions of customers without power. Florida Power & Light reported more than 3 million outages as of Monday morning.

The monster storm was no surprise, of course, and FP&L expressed readiness in the days before Irma hit. The utility shuttered its two nuclear plants in the region, Turkey Point and St. Lucie, as a precaution against the storm’s surge and fury.

On its Twitter feed Sunday, FP&L said it has assembled the largest pre-storm restoration workforce in U.S. history with more than 17,000 men and women.

Monday afternoon, FPL CEO Eric Silagy said, “This is largest restoration army in our company’s history & could be 1 of most challenging restorations our country has ever seen.”

Help is coming from all over the region and nation. DelMarva Power is sending 120 employees to help with restoration, while Entergy, which just dealt with Harvey in Texas, is sending 650 of its personnel from Louisiana, Mississippi and Arkansas.

Irma, of course, is moving northward and not restraining damage just to Florida. By 9 a.m. Monday, Georgia Power reported 180,000 customers had lost power.