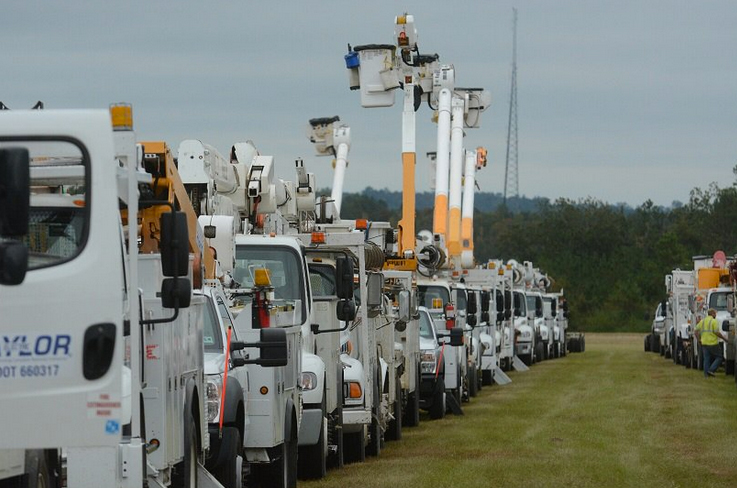 As of noon Friday, Georgia Power has restored power to 940,000 customers impacted by Hurricane Irma. More than 8,000 personnel are working around the clock as part of Georgia Power’s statewide restoration effort to restore power for the nearly 55,000 customers who remain without power due to the storm.

The company is on track to restore power to 95 percent of all customers impacted by Hurricane Irma, who can accept power, by Saturday night or earlier. Georgia Power originally estimated that 95 percent of affected customers would be reconnected by Sunday evening.

Georgia Power has posted estimated restoration times for dozens of cities and regions throughout Georgia on its website. The company will regularly update the outage map and other customer notification resources during the remainder of the Hurricane Irma restoration process with any changes in these times.

Georgia Power monitored the path of Hurricane Irma for more than a week prior to the storm entering Georgia. All of Georgia Power’s resources were held in the state prior to the storm and have remained in Georgia to lead the company’s restoration effort. The company continues to marshal its resources to restore customers as quickly and safely as possible with staging areas in all affected parts of the state. Restoration teams continue to face challenges including downed trees, blocked roads and bridges that had to be inspected by the state following flooding.

As Georgia Power completes its restoration efforts, it will continue to work with and offer assistance to other utility providers, such as cities and EMCs, which may require additional resources for local power restoration.

When severe weather strikes, Georgia Power has access to additional resources available as part of the Southern Company system, which includes multiple electric and gas companies serving more than 9 million customers nationwide. Additionally, Georgia Power is part of a national mutual assistance network consisting of dozens of utilities from around the country, and the company is able to tap into reinforcements when needed to restore power to Georgia customers following a storm. While the company has contacted and requested aid through the mutual assistance network, resources have been assigned to harder-hit areas in Florida first before travelling to Georgia.