Recall of communications increased dramatically in 2014.

In Texas, 43 percent of customers recall an REP communication this year, compared with just 30 percent in 2013.

“One opportunity for retail electric providers to grow their customer base is by convincing consumers to switch from their local electric utility,” said Jeff Conklin, senior director of the energy practice at J.D. Power. “Nearly two-thirds of customers avoid switching because they don’t perceive the savings as being big enough to take the time to switch, or they are not sure how to go about switching. Retail electric providers need to help customers overcome these obstacles with better communication about the process and benefits of switching.”

Connecticut. Ambit Energy ranks highest in Connecticut with a score of 705 and performs particularly well in the price, communications, corporate citizenship and enrollment/renewal factors.

Illinois. IGS Energy ranks highest in Illinois with a score of 668, performing particularly well in the price, enrollment/renewal and customer service factors.

Maryland. Washington Gas Energy Services ranks highest in Maryland with a score of 660 and performs particularly well in the price, communications and customer service factors.

Massachusetts. Energy Plus ranks highest in Massachusetts with a score of 639 and performs particularly well in the price, communications and corporate citizenship.

New York. Agway Energy ranks highest in New York with a score of 659 and performs particularly well in the communications, corporate citizenship and customer service factors.

Ohio. Direct Energy ranks highest in Ohio with a score of 659 and performs particularly well in the communications factor.

Pennsylvania. Ambit Energy ranks highest in Pennsylvania with a score of 718 and performs particularly well in the communications factor.

Texas. Green Mountain Energy ranks highest in Texas with a score of 762 and performs particularly well in the corporate citizenship factor. 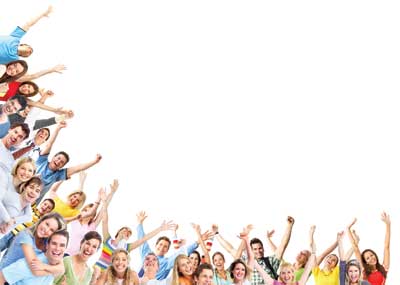 GE: Millions of Americans Willing to Pay $10 More a Month for Reliable Grid

GE’s Digital Energy business released the results of its Grid Resiliency Survey that measures the U.S. public’s current perception of the power grid, its experiences and expectations.

The survey was implemented after an active 2014 winter storm season that led to several power outages that affected millions of Americans.

According to the survey conducted by Harris Poll in May and June among more than 2,000 U.S. adults ages 18 and older, 41 percent of Americans living east of the Mississippi River are more willing to pay an additional $10 a month to ensure the grid is more reliable compared with 34 percent of those living west of the Mississippi.

Of all adults in the U.S. who experienced an outage, more than half (56 percent) were without power for at least one hour during their most recent outage.

“The survey results are an indicator that consumers want to invest in technology to prevent power outages and reduce the time it takes their local utility to restore power,” said John McDonald, director of technical strategy and policy development of GE’s Digital Energy business. “We live in an on-demand world that depends on electricity-one where productivity, food, entertainment and even chores can be achieved with the touch of a button. Our appetite for automatic is so great that millions of American adults would be willing to pay more on their utility bills to maintain their electrified lifestyles.”

Overall, consumers expect more value from their utilities. Eighty-two percent of U.S. utility customers would like their utilities to do more to encourage energy conservation and share ideas to improve energy efficiency in their homes.

Meanwhile, 81 percent of utility customers expect their utilities to use more renewable energy such as electricity produced from solar, wind and geothermal biogas to meet their energy needs.

These findings indicate that consumers want utilities to provide more energy conservation tips and continue to value renewable energy as a source of clean power.

Consumers’ grid expectations are not limited to energy management. More than half of utility customers (52 percent) become frustrated when they’re without electricity for an hour or less.

If a power outage occurs and consumers’ electronic devices are not charged, nearly half of U.S. adults (39 percent) also would be frustrated with the absence of their smartphones, with laptops’ following closely behind (25 percent).

As energy consumers’ expectations evolve, so does the way they communicate with utilities.

In the event of a power outage, 70 percent of U.S. adults would prefer to communicate with their utilities digitally or online, whether calling them from cell phones and smartphones (60 percent), sending text messages (14 percent), contacting via utility websites (11 percent) or sending emails (9 percent).

Conversely, 36 percent of U.S. adults still prefer to communicate with their utilities via traditional landlines.

“As our expectations for up-to-the-minute data increases, consumers will demand that utilities leverage digital communication and social media tools to keep them informed in real time,” McDonald said. “To meet this growing demand, domestic and global utilities have an opportunity to partner with consumers to better understand how their digital lifestyles are shaping their energy consumption habits.”

In looking at the root cause of power outages, 50 percent of U.S. adults believe natural disasters and weather-related events are the greatest threat to the U.S. power grid.

This threat is most evident for those in the Northeast, with 61 percent of U.S. adults in this region claiming weather as the greatest threat to the grid compared with 48 percent in the South and Midwest and 43 percent in the West.

“Natural disasters such as Superstorm Sandy, Hurricane Irene and the recent polar vortices highlighted the challenges utilities face providing power to meet high energy demand,” McDonald said. “They also revealed the reliability challenges utilities experience when the U.S. electrical grid is under extreme stress. With summer season underway-and the potential tornados, droughts and hurricanes that come with it-utilities should ask themselves if they are any more prepared to handle this stress.”

For an ongoing large-scale project near the town of Bala in North Wales, a major U.K. utility tapped two contractors to refurbish miles of power lines in an environmentally sensitive area.

The contractors needed remote access to the transmission towers in ancient peat bogs and moorlands-areas designated Sites of Special Scientific Interest, a conservation status granted to protected areas in the U.K. In addition to the sensitive flora within the bogs and moors, the area is native to an endangered species of snake, the adder, whose hibernation sites have been threatened by encroachment in recent years. Operations in the area must be taken with great care to protect the overall habitat.

Operating in Wales challenges utilities logistically for other reasons, too. The region’s notoriously narrow lanes pose problems for trucks. There are also farmland and pastureland needs, and local farmers are concerned about how projects will leave the land.

In addition, U.K. utilities typically work with only one side of the transmission line de-energized, and they must safeguard against potential hazards such as static or magnetic induction, along with accidental energization or atmospheric conditions that could lead to lightning strikes or static discharge.

Utilities typically use aluminum mats to create an equipotential zone (EPZ) at ground level to maintain a common potential between workers and equipment. The object of this measure, also known as “bonding,” is to minimize the potential difference and risk of harmful shock currents.

Unfortunately, these aluminum equipotential mats are not well-suited for environmentally sensitive terrain, and they pose a security concern because they are prone to theft by scrap metal thieves.

Getting the Job Done

The utility’s power line repairs were planned to run from April through October in the Bala countryside. To get the job done with minimal impact to the surrounding protected environment, the contractors selected the Dura-Base Advanced-Composite Matting System by Newpark Mats & Integrated Services.

Originally developed for the soft-soil conditions found around the gulf, the matting system is a tough, field-proven system used to perform line upgrades, repair storm damage and conduct routine maintenance. The mats quickly interlock using a patented twist-lock feature on all four sides, distributing weight and eliminating differential movement in rugged terrain. Each mat’s nonslip, advanced-composite formulation is tested to withstand loads up to 600 pounds per square inch and can support heavy equipment such as excavators and cranes. The mats also weigh half as much as wooden alternatives, which means more mats can be transferred per truck load. The mats also protect the ground and add stability. And because they are highly mobile and easy to install, the mats can be moved rapidly and leapfrogged from site to site.

The matting system has been used worldwide throughout the oil and gas, utility, pipeline and petrochemical industries to construct temporary roadways and work site platforms. The Bala project, however, was the first time the mats included the feature that allows the system to do double duty as an EPZ, protecting linemen in the field from electrical hazards.

Each EPZ component is fashioned from a single Dura-Base Advanced-Composite Mat retrofitted with a specially designed metallic mesh that equalizes the electrical potential of equipment and personnel on the mat, reducing the chance of discharge.

Once the mats have been installed, a copper braid is run between them to provide the cross-panel electrical connectivity that ensures all items situated on the mat rise to the same potential following a fault. In the event of a fault, the current flows across the surface of the mats and ground to the earth, protecting everyone atop the work surface. Dura-Base’s Advanced-Composite formulation also contains an anti-static additive that dissipates static charge.

The EPZ mats gave the contractors the best of both worlds: an equipotential mat, along with ground protection in environmentally sensitive areas, all in a package that locks together and is secure enough to discourage aluminum thieves. The EPZ feature was a core factor in the contractors’ decision to use Dura-Base.

The matting system has been used worldwide, but the Bala project was the first time the mats did double duty as an EPZ.

Power and automation technology group ABB has been awarded a contract by Atlantis Resources Ltd. to provide the onshore grid connection for Phase I of the MeyGen tidal stream project in Scotland’s Pentland Firth.

The MeyGen tidal stream project is at the forefront of world marine energy development and will harvest the tidal resources of one of the most energetic maritime sites in Europe: the strait connecting the Atlantic Ocean to the North Sea between the Orkney Islands and the Scottish mainland.

The first 6-MW demonstration phase of the U.K.’s first large-scale tidal array scheme will see four submerged turbines installed in the Inner Pentland Firth just north of Caithness with first power expected to be delivered by 2016.

Studies including those by engineers from the University of Edinburgh and University of Oxford indicate the Pentland Firth’s tidal stream has vast energy potential, with ocean currents estimated at 5 meters (about 11 feet) per second; among the fastest in the British Isles.

The initial phase of the MeyGen development has the potential to generate up to 86 MW of electricity-enough power for some 42,000 homes, potentially catering to the needs of nearly 40 percent of households in the Scottish Highlands.

Within the next 10 years, MeyGen intends to deploy up to 398 MW of offshore tidal stream turbines in the Pentland Firth to supply clean and renewable electricity to the U.K. National Grid.