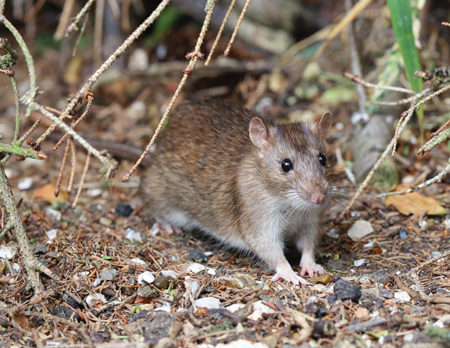 What Creatures are Causing the Damage?

Mice and rats can be small enough to break into electrical systems, regardless of the type of enclosure. Animals are attracted to the warmth and shelter provided by electrical equipment and can cause damage by chewing on wires and building nests in the machinery. In fact, a 30-hour power outage at the Fukushima Daiichi power plant in March 2013 is suspected to have been caused by a rat in the switchgear. The power outage cut electricity to the cooling pools at three of four reactors in addition to a common pool, putting the facility and the surrounding town in immense nuclear danger.

Similarly, squirrels can cause irreparable damage due to their ability to scurry across lengthy powerlines without suffering any physical consequences such as shock or electrocution. These rodents are known to chew through or bite on electrical cords, creating the potential for small to massive outages. For example, in 1987, a squirrel halted trading on the Nasdaq for 82 minutes after chewing into a power line in Trumbull, Connecticut, where the stock exchange’s data center is located.

Damage isn’t limited to our furry “friends.” Snakes have also contributed to electrical issues by slithering into small openings or through conduits. Electrical service department workers in Morganton, North Carolina, for instance, found the reptiles hiding in power equipment at a house that was scheduled to be demolished. Since snakes are commonly seen hunting smaller animals, preventing rodents from getting into electrical structures will help ensure snakes don’t follow them inside.

Lastly, but certainly not least, birds also cause their fair share of electrical mischief. In fact, birds are the most common cause of animal-related faults in electrical systems, including both transmission systems and air insulated substations. While they can perch atop powerlines without incident, they can cause power ouages when their wings or nests get too close to two different potentials. In addition, bird nests attract predators such as raccoons and bears that can cause electrical equipment damage while they search for food. In northeastern Alberta, Canada, bears have been seen climbing onto transmission towers, typically hunting for bird eggs.

Various animals are responsible for causing power trips, outages and other disturbances, making it necessary for facility and operation managers to ensure they are protecting equipment from this “unconventional” type of interference. This includes:

“- Keep vegetation and trash at a minimum. Weeds, litter and other garbage can attract pests. By keeping to a regimented cleaning schedule and reducing the traffic moving in and out of the electrical room, less dirt and debris will accumulate, making electrical environments a less-than-ideal habitat for critters.

“- Seal and protect electrical equipment cracks or crevices. Small animals like mice and squirrels can enter through openings that are the width of a finger, with insects being able to get in through even smaller spaces. By restricting the size of openings and properly sealing conduits, vermin, rodents and other creatures should have a harder time getting into electrical enclosures. Insulating the conductors by upgrading outdoor equipment with silicone boots and tape can also help.

“- Perform routine maintenance. Ensuring electrical equipment is up to date and performing as it should be is critical. Through regular maintenance, electrical personnel can identify damage that has been caused by animals and put into place appropriate prevention methods. By proactively performing these check-ups, personnel can avoid costly unplanned downtime by anticipating issues that are likely to occur. Individuals conducting these assessments should be on the lookout for droppings, nests or other signs that equipment is inhabited. Assessments can also give personnel an idea of when electrical equipment should be upgraded to improve the reliability of a power system.

From tripping circuits to chewing power lines to causing major power outages, animals can do more damage than many might realize. Protecting against animal infestations with regular system assessments and maintenance are steps in the right direction for keeping electrical equipment up and running. 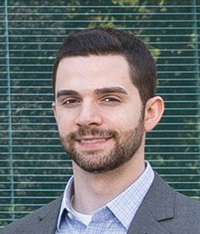