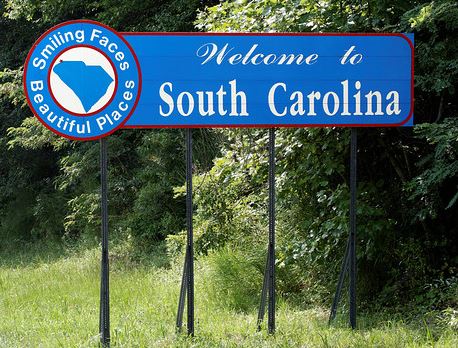 Palmetto Electric Cooperative, Inc., an electric cooperative serving nearly 70,000 customers in South Carolina, has improved the efficiency of their customer service over the past year with the implementation of interactive voice response (IVR) from SEDC.

Serving areas on South Carolina‘s coastline, Palmetto EC provides electricity to a region primarily made up of beachfront homes, hotels and resorts, a tourist area including cities such as Hilton Head and Bluffton, South Carolina.

During the summer months, the coast sees a large influx of visitors and faces the threat of hurricanes and tropical storms, some of which could cause severe damage, flash flooding and power outages. In fact, three of South Carolina’s hurricanes have been included in the list, “Top 40 Most Intense Hurricanes,” a study by scientists at the National Hurricane Center.

The likelihood of severe weather means Palmetto must remain prepared at all times to handle resulting outages and repairs, especially during high-traffic months. According to Palmetto’s Senior Vice President of Information Systems, Gary Jeger, when it comes to hurricanes and tropical storms in the area, it only takes one to light up the phones.

“Previously, there were a certain number of phone lines available for people to call to report an outage, pay their bill, or do whatever they needed,” says Jeger, “In a major outage, we would very easily flood the lines, because of their insufficient capacity.”

This issue prompted Palmetto to upgrade their IVR to SEDC from another vendor. They looked to enhance two main aspects of the system: reliability and capacity.

SEDC’s IVR system allows consumers to perform account inquiries, pay their bills, create payment extension plans, and update telephone numbers all in one place, quickly and securely. Because the IVR is cloud-hosted, it can handle an infinite number of calls.

“Customers no longer receive a busy signal when trying to report that they have no power, because we have a virtually unlimited capacity for the number of calls we can receive at once,” says Jeger, “All 70,000 account holders could potentially call at once and not one person would receive a busy signal.”

Not only have Palmetto’s customers benefited from the IVR, but so has the utility. A reduction in time and money spent on calls has allowed the offices to run more efficiently.

“The ability of the IVR to take payments, report outages and get account information such as balance, status and amount due, has greatly reduced the number of calls we receive at the contact center,” says Jeger. “We have not had to add any phone lines or add additional employees, which can be a huge expense.”

Palmetto’s IVR implementation process ran very smoothly, according to Jeger. The co-op used voice recordings for the system from one of their own employees in order to add a more personalized touch for customers. The configuration began in July 2015. By August, the co-op had set up their own recordings for the system and by September the entire system was up and running.

“We turned it on and have not had one problem since,” says Jeger.

Jeger says the use of SEDC’s IVR has been highly beneficial for both customers and employees. In fact, their IVR implementation could not have been done at a better time, as Jeger says the area has already experienced two tropical storms this year. The cooperative looks forward to upgrading the IVR as SEDC adds more capabilities and enhancements in the coming year.