And we’re not talking the “sit around the porch” kind of chat. For utilities, a major storm—such as Hurricane Harvey bringing Category 4 winds to the Texas Gulf Coast and, soon thereafter, 52 inches of rain to Houston—the communications have to be urgent and direct in the face of widespread outages and huge grid damages. The key word is conversation—two-way dialogues with customers who may be in trauma or lost in clouds of climatological uncertainty.

Customers now want to be heard before, during and after the storm. They want crews to know almost immediately whether their home and neighborhood is powered or not. They want to know that the utility is aware of their suffering and doing something about it as quickly as possible. They want their provider reaching out to them not just in word and deed, but by post, tweet, text, email, map and even the old fashioned way that Alexander Graham Bell and Thomas Watson envisioned it. One if by landline, two if by social media and so forth. 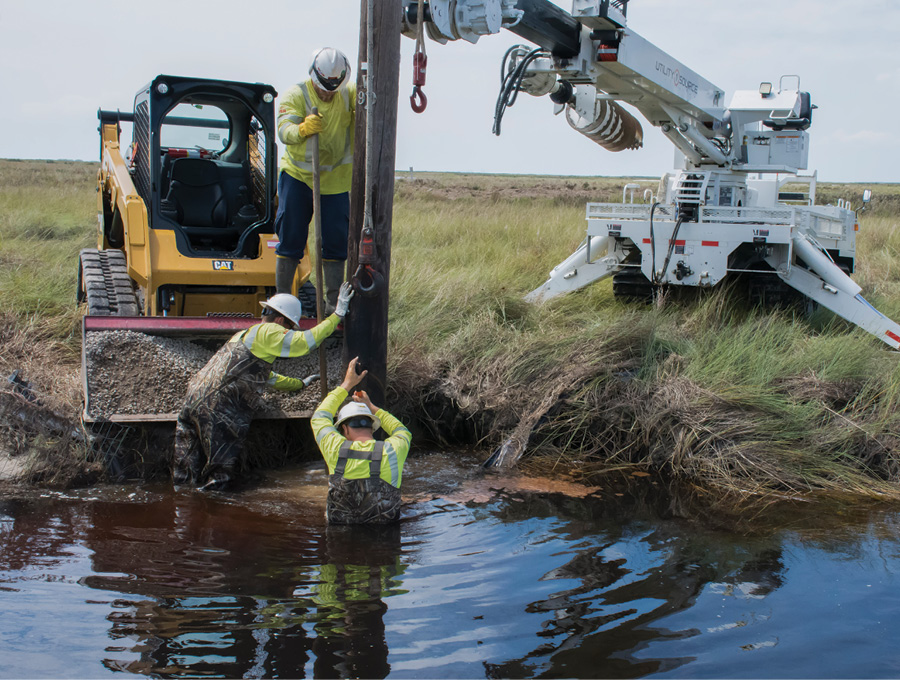 “Communication is key,” AEP Texas spokesman Frank Espinoza said during a megasession on the hurricane responses held January at DistribuTECH 2018 in San Antonio. “We did town hall meetings. Social media was a huge impact. Showing outage maps was key. . . video, too.

“I call Hurricane Harvey a first,” Espinoza added. “We learned that hurricanes are like children: They all come from the same place but they’re all different.”

That line drew a big laugh during the DistribuTECH megasession, but it seriously illustrated a undeniable point in this era of instant digital information combined with the increasing frequency of major storms: the utility response to Hurricane Harvey had to be like no other campaign before it.

Houston-based CenterPoint Energy also delivered a gale-force torrent of information out to its customers during Harvey. CenterPoint’s team made 160 Facebook posts, 566 tweets and kept website information au courant—both in Spanish and English—for the more than 630,000 visitors who came to the page during the main part of the storm recovery period.

“We had 176,193 calls to our call center,” said Julienne Sugarek, CenterPoint Energy’s vice president of power delivery solutions, who also spoke at DistribuTECH. “There were 67,479 of those answered (personally) with IVR (interactive voice response) handling the rest. There were 352,629 outage notifications and 22,257 new PAS (power alert service) enrollments.”

An April 18 webcast on elp.com will feature communication experts from the same utilities featured in this article. “Harvey and Irma: How the Grid Handled Storms for the Ages” will detail some of the same anecdotes found here and also go deeper into specific utility responses last year.

The power-grid.com webcast is scheduled live at 1 p.m. Eastern Daylight Time on Wednesday, April 18. For those who cannot connect live, the webcast will be archived on the website for six months. It is sponsored by Clevest.

The numbers are staggering and yet proof that communication is most vigorous—and important—during tumultuous times. Sugarek’s colleague at CenterPoint Energy, Takea Rashay Reeder, later noted that another factor made those informational texts easier to justify even for many customers who hadn’t signed up for the services.

Nearly three years ago, utilities joined with schools to push Congress for an emergency exception to the Telephone Consumer Protection Act (TCPA), that old 1991 bulwark against unsolicited sales calls. The TCPA prohibits automatic phone dialing systems from calling wireless phones without consent of the recipient.

Reeder recalled the story about guilty companies getting hit with devastating financial fines for violating that part of the TCPA. Dish Network, for one, was hit with close to $300 million in fines nearly a year ago for violations committed by its third-party marketing contractors.

One would think that utilities dealing with hurricane response would be immune to the ire of the Federal Communication Commission and other regulators, but CenterPoint and other grid operators wanted to be certain.

They were granted the exception after about a year of lobbying for it. Fast forward two years to August 2017 and it saved CenterPoint about a hundred million headaches from customers kept in the dark. 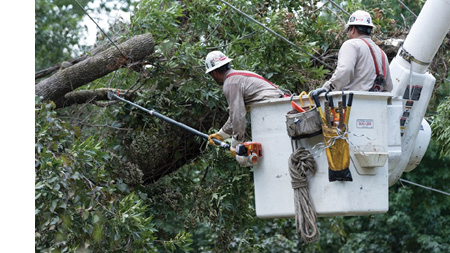 “It was the first time for us as a utility that we stepped outside those lines (drawn by the TCPA),” she added.

CenterPoint and its data analysis partners worked together to segment that communication information. Using the AMI data made possible by its 2015-era Advanced Metering and Intelligent Grid Initiative, the Houston-based utility could isolate how many customers had been out X numbers of hours and whether they had cell phone, landline or email access to communicate with them. It also created multiple social media sites for specific neighborhoods, including one area of about 12,000 that had scattered outages but was mandated by the city to take power down because of dangers around a flooded substation there. (Editor’s Note: CenterPoint’s Advanced Metering and Intelligent Grid Initiative was POWERGRID International’s 2016 Project of the Year for Grid Optimization).

“In that case we had to communicate, whether or not they were registered with power alert. There were some people who still had power, but it wasn’t a safe situation,” Reeder remembered. “That’s where we got the most heartburn. Most customers there probably had not lost power during the storm but were tied to that circuit. . . Our crews couldn’t even get to that substation (by automobile); they had to take boats.” 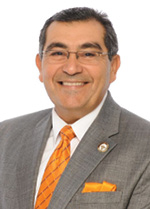 Someone wise once said that the best defense is a good offense. In other words, taking action—and showing it is being taken—is good business for a good communication strategy. Florida Power & Light (FP&L) had plenty to show for its quick response to Irma. FP&L’s Iliana Rentz, also speaking at DistribuTECH, noted that Irma’s scope was larger than even Wilma in 2005. Irma hit harder and affected more customers, but technology and communication allowed utilities to respond in bigger, faster and better ways.

For instance, although Irma impacted 1.2 million more customers than Wilma and had higher wind speeds, the average outage time was reduced by more than half to 2.3 days. Rentz, who is FP&L’s manager of emergency preparedness, also pointed out that full restoration was reached in about 10 days, compared to 18 for Wilma.

Back in Texas, AEP Texas’ Espinoza recalled just how effectively certain images could be in showing the scope of the challenges facing the utility. Pictures of hard-working crews laboring around flood waters was one thing, but one video showing how net-covered workers endured a Biblical-type pestilence of mosquitoes really drove the point home for many customers and silenced much of the digital complaining.

“The mosquitoes were humungous, so we uploaded a video showing thousands and thousands of mosquitoes surround our trucks in the evening,” Espinoza said. “The chatter started going away.”

Sometimes folks must see stories about what other people are enduring to calm down about the bee in their own bonnet. Using all customer channels helps get those stories out. | PGI