Ameresco and Silver Spring Networks will work together with the city of Chicago on its comprehensive Smart Street Light Project, the companies announced Tuesday.

The four-year modernization project is expected to transform Chicago‘s street light system by replacing about 85 percent of the city’s existing street lights with smart LEDs. The multi-phase project will commence this summer and eventually connect more than 250,000 street light fixtures.

“Ameresco is honored to work with the city of Chicago and its leadership for this historic street light project that will increase the energy efficiency of the system while helping to improve visibility and safety throughout city neighborhoods,” said Louis Maltezos, executive vice president, Ameresco. “We’re also very pleased to support the city’s priority to ensure a diverse lineup of subcontractors and that City residents will have access to the jobs created through the Smart Lighting Project.” 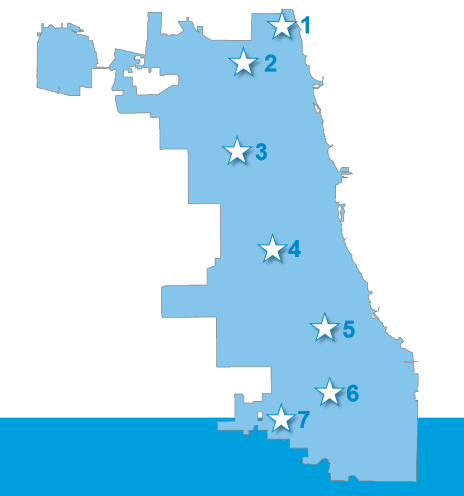 The new smart LED street lights will be owned and operated by the city of Chicago, supported by Silver Spring Networks’ managed services and its Streetlight.Vision Control and Management System (CMS) software. The new LED street lights are expected to consume between 50 and 75 percent less electricity than the city’s existing lighting infrastructure.

Silver Spring’s IPv6 platform will enable the City to remotely dim or brighten street lights as needed, as well as to remotely monitor street lights for proactive maintenance and faster repairs if failures do occur.

“The city of Chicago’s lighting replacement initiative will be one of the largest modernization programs to date in the U.S., and we could not be prouder to be part of such an incredible undertaking,” said Mike Bell, President and CEO, Silver Spring Networks. “Mayor Emanuel’s commitment to improving the lives of citizens and neighborhoods across the City of Chicago with state of the art IoT technology is inspiring. We’re very excited to see it come to fruition, while laying the foundation for future smart city applications.”

Founded in 2000, Ameresco, Inc. is an independent provider of comprehensive services, energy efficiency, infrastructure upgrades, asset sustainability and renewable energy solutions for businesses and organizations throughout North America and Europe. With its corporate headquarters in Framingham, MA, Ameresco has more than 1,000 employees providing local expertise in the United States, Canada, and the United Kingdom.