More
Home DER-Grid Edge Are We There Yet?

Arriving at the Power Grid we Need

These are exciting times in the electric power industry, with increasing distributed generation and other distributed energy resources (DERs) appearing on the grid. The big unknowns are how quickly and how much of this new generation will be added. The answers depend heavily on the pace at which technologies and policies change.

Thirty-six states and the District of Columbia are engaged in actions and activities around grid modernization, according to a North Carolina clean energy report. Most actions are investigative or policy based, and discussions around thousands of methods and technologies are being vetted as potential solutions. But, what about the delivery system: the grid itself? What problems are we addressing, and what new problems are we creating? Are we sufficiently informed?

Evolving from a one-way grid (centralized generation feeding dispersed loads) to a two-way model (central and dispersed load center generation sources feeding loads), adding dispersed generation and loads, requires a delicate balancing act between generation and demand. Switching large numbers of DERs to and from the main grid causes instantaneous changes in system voltage and current, and impacts frequency stability (also called inertia). These state changes must be controlled to preserve the power quality throughout the grid, and ideally should appear seamless to the consumer. This is not easy and can be further complicated by whatever condition the grid was in prior to the arrival of DERs.

Reliability, stability and control are cornerstones to the grid. Exploring these, we see dynamic challenges ahead. 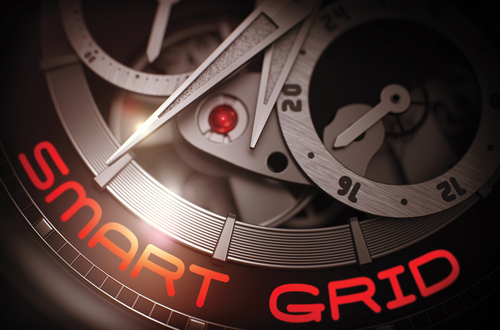 Reliable Foundation to Build On

Reliability is a topic of heated debate, and along with debate comes some confusion. DERs clearly cause reliability challenges as mentioned above. Insufficient grid reliability, which drives customer dissatisfaction, can certainly impact DER availability. To track reliability, utilities measure performance using various indices to gauge how long outages last, and how often they occur: The System Average Interruption Duration Index (SAIDI) is an average measure of outage duration across a system, and System Average Interruption Frequency Index (SAIFI) is how often interruptions occur. It’s interesting to note how an outage is defined. For most utilities, these measurements begin once an outage exceeds five minutes, which is an eternity to many modern loads and most DERs.

In 2015, the Lawrence Berkeley National Laboratory and Stanford University assessed the changes in reliability over time, revealing that median SAIDI and SAIFI indices have remained, to a large degree, flat from 2000-2012. The U.S. utility industry’s median SAIFI was about 1.2 outages each year (without major events), lasting a median of about 125 minutes (SAIDI). It’s important to remember, however, these statistics exclude major events and disturbances less than five minutes long (momentariness) for most grids. Only 20 percent of major U.S. utilities track momentary interruptions under five minutes, according to federal statistics.

How often a distributed resource is switched, and for how long it must carry demand has an impact on the DER’s design and performance. Momentary “blinks” have an additional compounding effect on inverter technologies. Most inverters deployed today are unable to “ride thru” the temporary outages they see, causing them to drop off unexpectedly, further fueling the debate over the availability of DERs. 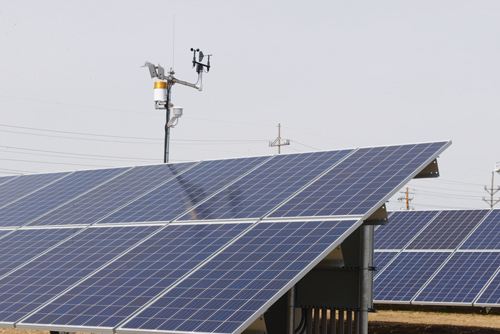 U.S. distribution systems have plenty of opportunity for improved reliability to levels seen in many systems around the globe. Addressing momentariness starts with measurement to identify the targets to improve. Some utilities have already begun to systematically limit temporary outages by moving protection to branch laterals and preserving main line feeds. Addressing duration of outages requires adding more switching or grid “segmentation.” Outages are then limited in terms of the number of customers impacted, which in turn has a positive impact on DERs and customers. Grid reliability is a foundational starting point for grid modernization, yet it is often overlooked. It is the most efficient way to minimize the number of customers and DERs affected by any given outage-a fact that should be a part of any rate recovery structure or policy proposal to allow utilities adequate incentive to invest. A failure to address reliability increases the risk of building a modern infrastructure on an unstable base.

DER is impacting system stability and is a key concern for grid operators. Previously, centralized generation supplied power from large rotating electrical generators. A disturbance on the grid meant these large rotating machines could quickly accelerate or decelerate to stabilize the grid because of the kinetic energy they store. This provided so-called inertia to the power system, similar to a truck accelerating or decelerating. Because the power output from DERs is typically less predictable and controllable, DERs remove inertia from the grid, making it less stable as generation and load change dynamically. The impacts of inertia loss appear as a near-instantaneous changes in voltage, current and frequency, which in turn impact the utility’s safety systems around overvoltage and overcurrent protection. Frequency response, which must maintain the balance of all regional generation resources, becomes a significant challenge as well. It is no surprise that utility leaders lose sleep at night over how to address these issues.

Renewable generation, being largely intermittent, will not always match system load. Utilities can, however, address this by storing energy when generation exceeds the loads. Energy can then be released when load exceeds generation. Any forward investment in renewable resources must include investment in balancing resources. Energy storage systems can be deployed on the low-voltage side of the grid, however, installing large scale energy storage yields a low cost per megawatt hour and allows for utility dispatch and control, benefitting the entire grid. Control of voltage and current swings also must be addressed.

Reliability is a foundational need for the electricity grid. During a power disruption, protection systems must isolate problems in cycles and then switch controls to restore as much of the grid as feasible. A modern grid, fit with DERs, must accomplish this in less than a minute to minimize the number of customers and DERs affected by any given outage. Restoration speed, consideration for multiple generation sources, loads, and complex faults will be critical.

Microgrid control in a modern grid requires an intimate knowledge of power systems to account for the impacts and correct instantaneous state changes. A microgrid, by design, instantly “islands” itself or removes itself from the grid, and can return again if conditions dictate. This instant change of state has dramatic impact on voltage, current, load levels and frequency within the microgrid as it switches to and from the main grid. Control systems here must preserve the quality of power to customers throughout the grid, and ideally appear seamless when going off the main grid, as well as returning to the main grid. The control must also dispatch generation and balance other microgrid resources such as battery storage systems.

These characteristics of microgrids mean they are tightly coupled in nature and, therefore, sensing, computing and controlling generation, storage and power conversion all must be accomplished in cycles. As a distributed resource, these control systems likewise are distributed. They need redundancy and cybersecurity, and must react to the main grid’s signals. As an example, Ameren recently announced its state of the art utility-scale microgrid installation near Champaign, Illinois (Figure 1). The 1.4 MW system demonstrates integrated control of three generation sources: wind, solar and natural gas generation, in addition to battery storage. As a participant in peak shaving and economic dispatch strategies, the system also transitions power from the traditional grid to the microgrid, and returns back to the main grid without interruption. Ameren’s system demonstrates that energy management systems need not undertake microgrid control functionality. Microgrids can efficiently respond to system conditions from the main grid itself.

There is much uncertainty around emerging market mechanisms and new market players around new energy sources. Regulators and policy makers are racing to sort it all out, but centralized energy management likely will be the most efficient way to manage a modern grid.

All this ensures a modern grid. Are we there yet? 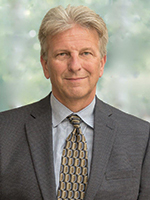 Jerry Yakel is a tenured utility industry “geek” with broad experience in product management, strategy development, pricing, marketing communications and technical sales. He is a director for grid reliability for S&C Electric, but has worked in various roles taking him around the globe to solve applications for both overvoltage, overcurrent equipment and controls. A graduate of the University of Wisconsin-Platteville, Yakel resides in Wisconsin and is involved in coaching youth sports, men’s ministry, and is unapologetically devoted to his wife and family.