More
Home Customer Service Are you paying enough attention to your C&I customers? 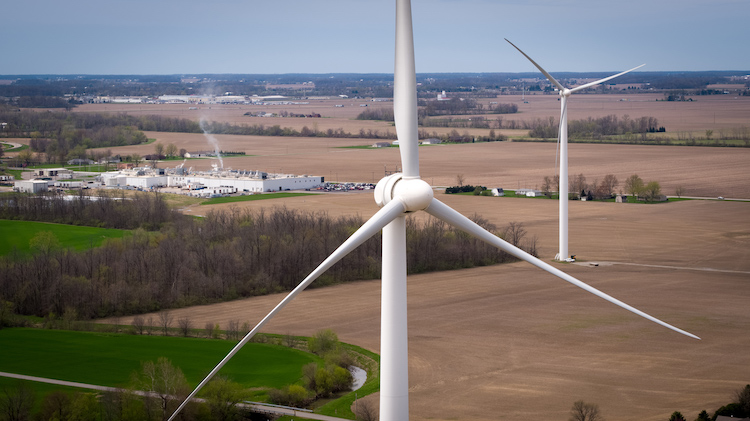 As the global electricity system embraces decentralization and renewable energy, large energy users may have more power – in all senses of the word – than they realize. That’s the message from Jereme Kent, CEO of One Energy, a company that installs, owns and operates megawatt-scale wind farms at industrial parks for C&I customers such as Whirlpool and Ball Corporation.

Kent says that utilities ought to be working much harder to meet the needs of their large energy users because if they don’t, they will lose them as customers. And once those large energy users are no longer in the rate base, it will begin the slow demise of the utility sector, says Kent.

Kent believes that utilities have become complacent and are ignoring their C&I customers, leaving the market wide open for creative power solutions like those he offers.

“I think utilities always get excited about the new customer coming in who is going to use a bunch of load but I think that they tend to forget to always offer the best service that they can to their C&I customers,” he said in an interview.

In addition, Kent believes that investor-owned utilities have a fundamentally misaligned business model.

“How can a party whose job it is to provide the lowest cost, most reliable power to an end user, also talk about how their key goal is to maximize shareholder value?” He added that co-ops are not much better at meeting customer needs. “The rural electrification act was one of the best laws ever passed in this country, but many co-ops have started transitioning away from what they are and they act entirely different,” he said.

OneEnergy claims to have cracked the code at giving customers cheaper, more reliable, sustainable power and he thinks others will soon figure it out, too.

“I have customers who are saving between 5-15% of their power pricing in year one and that is locked in for 20 years. I have a customer who has a declining rate – so they have a guarantee that the price of power will go down each year for 20 years,” said Kent.

“We are able to shape curves the way customers want, so they can have what they want. And we are not making this stuff, we are just figuring out how to give it to them.”

C&I customers could fire their utility

Kent said that utilities are not bending over backwards to serve their largest customers and that’s a problem because C&I customers have control over every other aspect of their supply chain.

“In every other area they have suppliers bending over backwards to say “Ëœwhat else do you want, how can we serve you better, what else do you need?’ Most of their suppliers have entire R&D groups who go out and just try to give the customer more of what it wants,” he explained.

But that isn’t happening in the utility space, said Kent, at least not yet.

Kent believes that as customers become more savvy about their own energy use and what they want, they will start to look elsewhere for power.

“I see a world where every large manufacturing facility and hopefully every medium facility too, is in control of their own power. They are doing what they want for their power, whether it is buying offsite, producing onsite, having a blend, being completely autonomous, having the ability to be autonomous. And they are in true market control of their supply chain for their energy, not just using what is available through the monopolistic offerings,” he said.