The U.S. energy portfolio for power generation was largely consistent during the past 30 years. Coal was king, and natural gas, nuclear and hydro were leading ladies in fueling the country’s appetite for electricity generation.

But times are changing. Fossil fuels are under attack, and green is the new watchword. Renewables are the rage, and wind and solar are the beauty queens of a new generation. They get much of the attention and much of the press.

Meanwhile, there is another player in the emerging race to fuel America’s future ready to emerge as a leading lady for the future. That’s biomass.

Biomass is renewable organic matter such as wood and wood waste, agricultural crops and residue, animal waste, aquatic plants and organic components of municipal and industrial wastes that can be used as a fuel or energy source. It’s a homegrown energy resource.

In 2008, biomass accounted for about 1.4 percent of U.S. power generation and about 15 percent of renewables generation (see Figure 1).

And it’s projected to grow rapidly. While utilities have traditionally been small players in biomass-fueled generation, they are forecast to increase their production of power from biomass tenfold between 2008 and 2020, potentially resulting in the use of 120 million to 60 million tons of dry biomass annually.

Why biomass? It has multiple advantages over other renewable options:

Renewable energy portfolio standards (RPS) are also a significant factor in the biomass future. About 35 states have committed to RPS, generally a percentage target for renewable fuels by a specific target date, and more states are considering RPS legislation. Congress is also considering federal renewables legislation: 20 percent by 2020. Cap-and-trade legislation being actively debated on Capitol Hill also could spur additional use of renewables.

To better understand biomass growth and potential challenges facing biomass use, Norbridge Inc. interviewed managers at 16 utilities and generators and state regulators in 17 states. Companies interviewed included four of the top 10 publicly traded utilities, represent 27 percent of total U.S. electric utility revenue and 44 percent by market capitalization and have plants operating in 27 states. States were selected to get regional representation as well as include states with and without RPS (see Figures 2 and 3).

The study found that utility and state interest in biomass is high (see Figures 4 and 5). Interest was driven particularly by government mandates (e.g., state RPS), government incentives, scarcity of other renewables in their geography and the desire for fuel diversification. Some states have funding or tax credits available to support biomass initiatives: Alaska has a renewable energy fund of $100 million; Connecticut has a Clean Energy Fund funded by ratepayers; Missouri has a $5-per-ton wood energy tax credit, and Oregon has a 50 percent business energy tax credit.

Utilities and states are discussing numerous potential project conversions. Most plants will have less than 100-MW capacity, though one 300-MW plant was cited. One utility expects 5 million to 10 million tons of biomass consumption by 2015. Wood and agricultural sources were cited as the biomass fuels of choice, often to be co-fired with coal. Nonpelletized and pelletized wood were mentioned most.

While the market and supply chain for carbon-based fuels have been in place for many years, the opposite is true for biomass. Biomass as a mass market fuel is just beginning to be envisioned, and many challenges exist for potential users, particularly related to biomass sourcing.

For example, few large-scale providers and production facilities exist. Defined transportation lanes, service parameters and rates also do not exist yet. There are multiple agricultural and wood-based fuel options, including a range of purpose-grown/primary sources and residual/secondary sources, in addition to solid-waste derivatives. Torrefaction can be used to make biomass denser and less susceptible to moisture, but this approach has not been used widely. At this point, there are many more questions than answers.

Recently, Norbridge assisted a major utility to address these types of questions (see Table 1) and analyze the issues, options, required investments and implications of converting part of its coal capacity to raw or processed biomass at three power plants. In so doing, it assessed agricultural and forest products-based fuel options and an array of transport and storage options.

A key finding was that biomass is different from coal in important ways, including sourcing, transportation and storage and handling. Sourcing is unlike coal, with suppliers often composed of start-up businesses or established companies new to energy. Origins are likely to be numerous, with fragmented volumes, and the industry is still at the stage where production locations and plant sizes can be influenced or changed based on user needs. There are multiple fuel options with a range of specifications for British thermal unit (BTU) content, size, ash, moisture, sulfur, chlorine and nitrogen levels. BTU content is lower than coal, particularly eastern coal, so higher quantities will be needed to meet specific energy requirements.

Storage and handling needs are also different. Certain biomass types, including wood pellets, are susceptible to moisture, resulting in the need for indoor storage. Biomass also typically has moderate to low durability, so it must be handled carefully to prevent product breakdown and can be combustible. Different types of storage will also need to be considered—silo vs. warehouse—and different storage locations might be required (biomass production locations, intermediate sites, e.g., ports and generating stations) to manage inventory effectively. 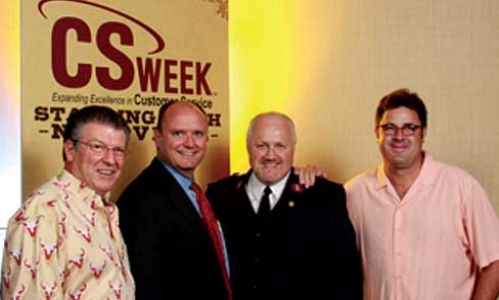 The ability to supply biomass at the scale envisioned is also unclear. Several large wood pellet facilities are operational in the Southeast, but they mostly target the European export market. These are some of the largest biomass-producing facilities, but compared with a coal mine, most are very small. In addition, land requirements to grow the necessary biomass will increase significantly, with tens of millions of acres potentially needed by 2020.

While some biomass generating facilities are built new, many power generators are evaluating conversions of existing coal-fired units to co-fire biomass and coal. Biomass characteristics are different from the coal burned today, including moisture, BTU, alkaline and pollutant content, likely driving significant modifications to existing boilers.

Many coal-fired units being considered for conversion are more than 40 years old. Hence, major modifications, or even entirely new boilers, might be necessary. Biomass fuel likely will require either fluid bed or bubbling fuel bed combustion systems.

Converting coal to biomass might impact equipment efficiency, reliability and steaming rate. Based on the biomass to be burned and required boiler modifications, the impact could vary. The type of combustion system could impact steam rate and efficiency. Fuel characteristics such as moisture content, ash content and alkaline content, among others, also will impact performance. Different fuel mixes also could cause scaling and slagging at different rates.

Each boiler being evaluated for conversion requires a detailed assessment because of inherent differences across multiple boiler types and ages. Following this assessment, detailed evaluation determines the capabilities and modifications necessary to burn the defined biomass fuel. The cost of making boiler modifications, or conversion to a new biomass firing system, hinges on the results of these evaluations, as well as characteristics such as:

Biomass can play an increasing role in the fuel mix of power generators, but there are multiple uncertainties to consider on a mostly blank slate.

With numerous companies exploring options and potential shortages of available supplies, timely assessment of these issues can provide a significant advantage over competitors. Being a first mover in this emerging area can ensure that the right biomass supply is available at the right cost. It also can ensure that needed boiler modifications are done in a timely fashion.

Local biomass supply likely will be viable only for certain utilities, such as those near forests in the Southeast or in the agricultural areas of the Midwest, and likely only in quantities needed for small power plants.

For many population centers in the Northeast and Midwest, biomass will have to come from farther away, creating further complexities to be evaluated.

Lee Clair is a partner at Norbridge Inc., an independent, multispecialty consulting firm that creates tailored fuel and transportation-related solutions for its clients’ initiatives related to biomass, coal and other energy options. Reach him at lclair@norbridgeinc.com.

Pete Fordham is a principal at Norbridge Inc. Reach him at pfordham@norbridgeinc.com.