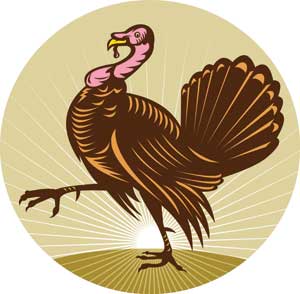 For the fourth consecutive year, California topped the list of states with the most power outages in 2012, followed by New York and Texas, according to Eaton’s “Blackout Tracker Annual Report for 2012.”

On average, 13,442 people were affected for 154 minutes per outage in 2012, and power failures caused problems for people and businesses in all 50 states.

The data is based on a year of reported power outages across the United States and is organized into two sections: an overview of national power outage data and power outage data by state. Overall, 2,808 reported outages were used as the basis for the 2012 report, representing a decrease of about 9 percent from the 3,071 outages reported in 2011. The amount of people affected by outages also decreased from 41.8 million in 2011 to 25 million in 2012.

Analysis of Blackout Tracker data, however, confirms a generally upward trend with the following results for number of reported outages affecting 50,000 or more people:

The report also includes statistics that illustrate the importance of reliable backup power and features top outage lists, including the most significant reported outages, largest data center outages and the most unusual causes for outages.

Although power failures are common, uninterruptible power systems and generators are designed to deliver power reliably during outages.

Among the most unusual causes of power outages in 2012:

Eaton has tracked power outage information since Feb. 16, 2008, in an effort to educate consumers on the causes and potential impact of outages. A power outage is just one of nine common power problems that affect power quality and availability. Data for the annual report is based on reports from news services, newspapers, websites (including those of newspapers and TV stations) and personal accounts.

Energy management applications provider EnerNOC Inc. announced it has extended one of its largest utility contracts to deliver energy efficiency solutions to commercial and industrial (C&I) energy users. Under the terms of the contract, two industrial energy efficiency programs—one targeted at the food-processing sector and the other targeted at the oil and gas production sector—as well as a monitoring-based commissioning program for conditioned space, will be extended through Dec. 31, 2014.

These programs are administered by Pacific Gas and Electric Co. and funded by California utility customers under the auspices of the California Public Utilities Commission.

Florida Power & Light Co. (FPL) delivered its best reliability performance on record in 2012 and is working to make its electric system even stronger. In its annual filing in March with the Florida Public Service Commission, FPL said it is investing more than $200 million in 2013 to better prepare its infrastructure to withstand severe storms and improve everyday reliability.

“At FPL, we understand how much our customers depend on electricity,” said FPL President Eric Silagy. “That’s why delivering reliable electric service is job one. We’re working hard every day to keep the lights on for our customers. That means improving reliability and restoring service quickly when interruptions occur. Since 2006, we’ve invested more than $1 billion to upgrade the electric system against major storms, helping make our service among the very best in the country. But we’re never satisfied. We are committed to continually working to provide our customers with the most reliable service and the lowest residential bills of all 55 electric utilities in Florida.”

In 2012, the company achieved its best overall reliability performance, as measured by the average time a customer is without power, which is considered the industry’s best overall reliability indicator. The average time a typical customer was without service was reduced by 20 percent compared with 2011. The report also outlines FPL’s plans for continued improvements in 2013.

Conducting pole inspections. In 2013, FPL will inspect more than 130,000 distribution poles, completing its initial inspection of more than 1 million poles in the company’s system. Poles that no longer meet FPL’s strength standards are reinforced or replaced. This year the company also continues to inspect the structures that hold its high-power transmission lines. In 2012, FPL replaced more than 9,500 poles with stronger ones.

Strengthening key local facilities. FPL’s program includes making local critical infrastructure facilities such as hospitals, fire and rescue stations and 911 communication centers stronger against severe weather. In 2013, FPL is accelerating its program to improve the lines and equipment that serve these facilities, which are identified with the help of local community leaders. The company also continues to upgrade other neighborhood facilities, such as grocery stores, pharmacies, gas stations and major highway crossings, to help communities recover faster after major storms.

Clearing power lines. Trees and other vegetation near power lines can cause service interruptions. In 2013, FPL is continuing its program to deliver power more reliably by clearing tree limbs, branches and other vegetation from all main distribution lines every three years and neighborhood power lines every six years. The company expects to trim vegetation from more than 15,000 miles of power lines this year. In 2012, FPL cleared some 15,000 miles of lines across Florida—a distance equal to traveling round-trip from Miami to Los Angeles nearly three times.

Since the infrastructure improvement program began in 2006, this massive effort has achieved a number of milestones:

OPOWER: TOP 10 PERCENT OF HOUSEHOLDS RESPONSIBLE FOR QUARTER OF RESIDENTIAL ELECTRICITY USE

By comparing electricity use of more than 8 million U.S. homes in 2011, Opower found that overall, electricity consumption is relatively more evenly distributed when compared to income. The report, “America’s energy distribution: the top 1% of homes consume 4 times more electricity than average,” discusses the findings in more detail, but a few highlights include:

These findings have several implications and suggest large-scale energy efficiency efforts can’t exclusively focus on the very highest users, but take a broader approach that works for homes across the usage spectrum.

A celebration ceremony was held at C-EPRI in Beijing to commemorate that its self-developed prototype ±320 kV/1,000 MW, 1563A IGBT valves passed DNV KEMA’s witness type test according to the IEC 62501 standard.

It marks the great success of this type of HVDC transmission technology with the highest voltage and power rating in the world. The successful test can be seen as an important step in the further development of super grids.

The type tests were performed at the Power Electronic Lab of SGRI and included operational and dielectric tests. The prototype passed all tests required by IEC 62501 (2009ed), which makes C-EPRI the first power electronics manufacturer with successfully type-tested 320 kV, 1563A IGBT valves. All the tests were witnessed by the independent third party DNV KEMA.

“The witness type test demonstrates another example of successful collaboration between DNV KEMA and C-EPRI since the first Ningdong-Shangdong ±660 kV 4,000 MW LCC HVDC project in China in 2008,” said Yanny Fu of DNV KEMA. “Thanks to its great efforts in research and development, C-EPRI provides an effective solution for wind integration, in particular for large offshore wind farms with transmission distance of more than 50 to 100 kilometers where an AC cable technology is not feasible.”

FirstEnergy Corp. introduced two new, convenient technologies that make it easier for customers of its 10 utility companies in Ohio, Pennsylvania, New Jersey, West Virginia and Maryland to get important information about their electric service on their computers or mobile devices.

Customers can subscribe to alerts via email or text message that contain information about bills, weather conditions that might impact electrical service, or updates on reported outages. Customers also can use text messaging to report outages, request updates on restoration efforts, and make other inquiries about their electric accounts.

The alert and text messaging services are the latest additions to the suite of mobile technology recently introduced for customers. Earlier this year, the company launched smart phone apps for Apple iPhones and Android devices and a mobile website that is accessible by smart phone. Customers also can view power outages on FirstEnergy’s mobile-accessible 24/7 Power Center outage maps or receive information, view photos and watch video on the company’s social media accounts.

The alert service allows customers to sign up for automated email or text message notifications on topics including:

“Appliance manufacturers LG and Samsung have launched Wi-Fi-enabled appliances, and most major manufacturers are launching new connected products in 2013, which will continue to increase consumer awareness and strengthen the value proposition of connected appliances,” he said.

Manufacturers have expanded the capabilities of smart appliances beyond energy management to include new features that enhance control and convenience.

This market expansion is important in growing the market. Parks Associates research show 44 percent of U.S. broadband households are highly interested in connected appliances with a smart troubleshooting feature to help resolve problems with the appliance.

“The appeal of energy monitoring for appliances could be boosted by educating consumers about appliance energy consumption, which would ultimately provide more savings to consumers,” Barrett said.

Energy consulting firm Skipping Stone is conducting a survey on the natural gas and power markets’ interdependence. The company is seeking feedback on potential solutions from a broad array of market participants and regulators, said Greg Lander, president of Skipping Stone.

The Federal Energy Regulatory Commission (FERC) and North American Reliability Council (NERC) have recognized reliability risks to the U.S. power grid. FERC is holding hearings and NERC issued a report on the disconnect between the natural gas and power markets.

The survey seeks opinions about those issues and some proposed in Skipping Stone’s whitepaper, such as: