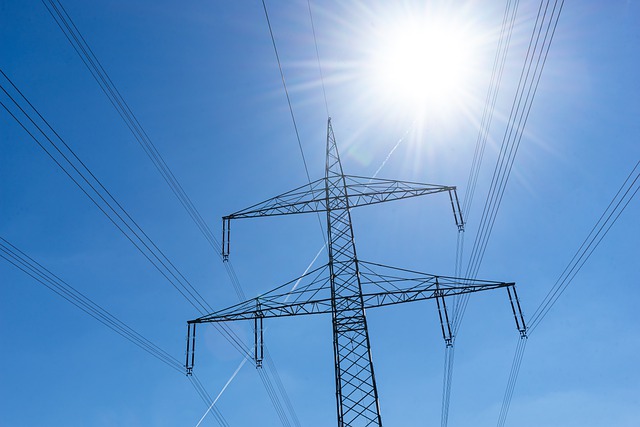 Last week, the California Public Utilities Commission (CPUC) ordered several improvements to the Integration Capacity Analysis, a valuable grid transparency tool. The â€‹Interstate Renewable Energy Councilâ€‹ (IREC), which filed the Motion requesting the changes adopted in this ruling, commends the CPUC for requiring that the analysis be improved.

Integration Capacity Analysis (ICA), called hosting capacity analysis in other states, is a process of modeling conditions on the distribution grid that impact where additional distributed energy resources (DER), like solar or energy storage, can be added without the need for costly upgrades and/or lengthy interconnection studies. Maps that display this information can be critical tools for enabling more efficient and cost effective deployment of clean energy and energy storage. While California utilities’ ICA maps are the most advanced in the country, there were some significant gaps in early versions that needed to be remedied to ensure their usability.

“Integration Capacity Analysis (ICA) is a proven tool that optimizes the design of new solar installations allowing more solar to be installed. This order requires utilities to ensure it also helps optimally site electric vehicle chargers and other new load sources,” said â€‹Larry Sherwood, IREC President and CEOâ€‹. “If California is going to meet its ambitious climate goals, utilities must quickly facilitate customers’ use of solar, electric vehicles, energy storage, and electric heat. IREC commends the Commission’s decision, which will help facilitate the efficient electrification of the transportation and building sectors.”

The ruling by the CPUC establishes new requirements to improve the accuracy and usefulness of ICA maps going forward. These include requiring investor-owned utilities (IOUs) to:

ICA can be useful both for showing where new generation (such as rooftop solar) can be added to the grid, as well as where new â€‹load (â€‹ i.e., electricity demand, such as electric vehicle charging stations) can be accommodated. The CPUC’s decisions this week are particularly noteworthy for requirements that will make ICA more useful in showing the â€‹capacity of the grid to host new loadâ€‹.

Initial ICA maps released by California’s IOUs were not useful for the purpose of siting load because they showed the distribution grid to be significantly more constrained in its ability to host new load than it actually is. In its ruling, the Commission reaffirmed its intent that ICA should be useful for siting new load and required utilities to take steps to remedy these issues.

Specifically, the IOUs must make a filing describing the methodology, inputs, and assumptions of the load ICA; these will then be refined through workshops and public comment.

Another key element of the decision related to â€‹data redactionâ€‹. The CPUC has previously established redaction rules to protect customer information; however, earlier ICAs redacted more information than was necessary to protect customers’ privacy. In particular, San Diego Gas & Electric (SDG&E) omitted the locations of substations and large portions of its map appeared blank because SDG&E redacted more than is allowed under the CPUC’s rules. The CPUC order confirmed that SDG&E redacted too much information and required IOUs to publish the location of transmission lines.

“The Commission’s order requires utilities to show more useful information, including the location of substations and transmission lines, on the ICA map, and add search tools that make the ICA map easier to use,” said â€‹Yochi Zakai, Attorney at Shute, Mihaly & Weinberger LLPâ€‹, which represented IREC in this regulatory proceeding. “We also applaud the Commission’s decision to hire an independent expert to recommend a more robust data validation process.”

The motion requesting the changes that the CPUC responded to in this ruling was filed jointly by IREC, the California Solar & Storage Association (CALSSA), and California Energy Storage Alliance (CESA), on October 9, 2020.

These decisions are a win for clean energy consumers and businesses in California, and the resulting ICA improvements will help accelerate the state’s progress toward its ambitious climate goals. The adoption of ICA best practices in this ruling also provides a valuable model for other states seeking to use this tool to enable more efficient and cost-effective deployment of solar, energy storage, electric vehicles and other DER.