Renewable energy supplies a growing and intermittent share of electricity to U.S. power grids, especially in California where energy storage is gaining traction in smart grid planning. Many experts believe energy storage is on its way to becoming a major part of California’s energy supply. The industry took a big leap forward late last year when Southern California Edison (SCE) announced contracts for 2.2 gigawatts (GW) of diverse new resources, preceded by a request for offers (RFO) with a 50 MW mandate for storage.

For the first time, a large-scale, investor-owned utility-SCE, the primary electricity supply company for much of Southern California and one of the nation’s leaders in renewable energy-is committing to emerging storage solutions, particularly behind-the-meter solutions. SCE’s use of these storage solutions will help California meet its goal of 50 percent renewables by 2030 and its mandate that the three biggest utilities add 1.33 GW of storage by 2020.

One of the three companies selected for behind-the-meter energy storage was Ice Energy, a 12-year-old provider of distributed thermal storage technology headquartered in Santa Barbara, Calif. Ice Energy won 16 of the SCE contracts for a total of 25.6 MW.

Beginning in 2016, Ice Energy will install 1,800 of its flagship Ice Bear distributed energy systems in Orange County – enough to power 11,000 homes. The rooftop technology freezes water during the low demand nighttime hours to significantly reduce daytime air conditioner power consumption during peak usage periods. Air conditioning use accounts for up to 40 percent of the energy usage during peak periods. 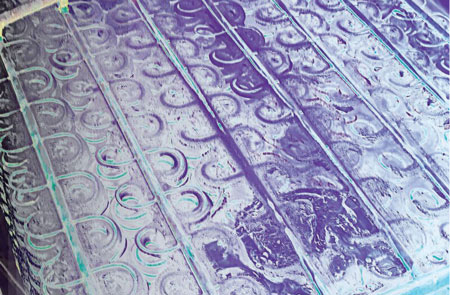 As renewables such as solar and wind cause unpredictable fluctuations to the grid, SCE and many other utilities will require ways to store energy. Attached to one or more standard commercial AC units, distributed thermal storage units like Ice Bear freeze ice at night when power demand and cost is low. During what would be the peak demand period of the day, the stored ice satisfies buildings’ needs for cooling and replaces the power hungry air conditioning system compressors.

With installation to kick off in 2016, Ice Energy is actively planning the site selection process to ensure its units have maximum impact in the highest value areas of the SCE grid.

The units will be installed in smart-grid enabled, megawatt-scale fleets on the rooftops of small-to-midsize commercial buildings, including big box retailers, strip malls, schools, warehouses, car dealerships and municipal buildings. Building owners benefit from the energy storage device because they don’t pay for it, they consume less electricity, receive reduced utility bills and extend the life of their air conditioning units.

Once the site is selected, installation will be as quick as deploying a standard air conditioning system. Without modification to existing ductwork or structure, the thermal storage units integrate seamlessly with standard rooftop air conditioning units by simply adding a new ice evaporator coil to the unit.

As the thermal storage unit begins ice charge mode, it freezes hundreds of gallons of tap water overnight in a large thermal storage tank, storing electrical energy in the form of ice until its cooling energy is needed.

The SCE contracts bode well for the role of storage in future RFOs, including ones already in process with Pacific Gas & Electric Co. and San Diego Gas & Electric.

The conditions are in place for the continued rise and universal adoption of energy storage solutions. The long-term benefits for utilities and their ratepayers are a fossil fuel-free future with a more reliable, efficient and cost-effective grid.