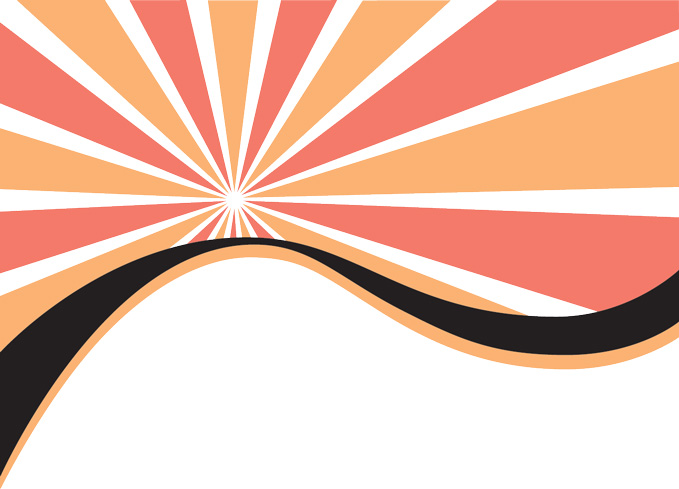 Businesses, factories, educational institutions and even homeowners increasingly are taking the costs and reliability of their energy into their own hands. The result is a much more dispersed energy grid with more energy consumers’ using on-site generation sources when available or economically competitive.

For utilities, on-site generation presents a business threat, a business opportunity and an operational challenge all at once. The business threat is obvious: If people and businesses are generating their own electricity, they’re not paying a utility to provide it.

The result already is straining utilities in Europe, and North America might be following right behind. Consumers and governments still demand a reliable energy source, so utilities in most cases are still obligated to maintain an interconnection with consumers-turned-occasional-competitors, sometimes called “prosumers.”

Utilities can capitalize on this trend and offer energy management of the dispersed grid as a service. Along with making their operations smarter and more efficient, they can manage on-site generation to provide only the amount of energy needed when it’s needed and price energy dynamically to capitalize on demand. The old energy delivery model of centralized power generation and delivery might be getting outpaced, but utilities that can capitalize on these new trends will be positioned for success.

The operational challenge for utilities, however, is how to incorporate on-site generation safely to capitalize on the business advantages. The issues associated with integrating low- to medium-voltage energy resources–the neighborhood wind turbine, solar arrays on top of a big box store or the cogeneration plant for a university campus–are acute. Utilities must be able to respond to unexpected outages from on-site renewable generation and manage excess energy flowing into the grid from distributed sources, redistributing energy from where it’s needed to where it’s not. The legacy grid was not designed for these kinds of operations, and as the modern grid grows in sophistication, the need to plan, engineer and operate the network more effectively is critical for integration of distributed sources.

On-site generation always has been a reality of the energy grid for operations that require uninterrupted power supplies, such as hospitals, or those large enough to operate their own resources, such as universities that use combined heat and power (CHP) cogeneration plants to generate electricity and heat for the campus. The industry, however, has seen a dramatic boost in on-site generation installations in recent years–in number and in scale–from the usual suspects and nontraditional players. In the U.S., for example, the number of on-site generation units at commercial and industrial sites has jumped from 10,000 in 2006 to some 40,000 today.

For businesses around the world, the threat of extreme weather to the energy grid demonstrates the importance of energy independence. Advances in microgeneration technology have driven down the cost and increased the efficiency of many types of small generators. And for commercial, industrial and residential consumers alike, the falling costs of renewable generation technology combined with the positive image of being green make on-site generation a competitive advantage.

The Problem for Utilities and How They Can Respond

The primary challenge and opportunity for utilities lies with on-site generation connected to the grid, or distributed energy resources (DERs). Operators first must manage a grid supplied by hundreds or thousands of generation points rather than a few large, centralized sources. The legacy distribution grid, a term that defines much of the world’s energy supply system, was not designed for bidirectional energy feed created by DERs and the resulting intermittent flows through the network.

Take renewable energy resources, for example. Businesses with solar arrays on their rooftops can go from being net exporters of energy to the grid to drawing all their energy from the grid and back again within minutes when clouds pass over the sun. In another example, a university might decide on a given day that it’s more expensive to fire up its cogeneration plant than to buy power from the utility. That same university might experience both scenarios on the same day.

Utilities need a smarter brain for the grid to take on this management problem–a brain that also can help them incentivize customers to plug their on-site generation into the grid, such as buying their excess power or paying them for use in demand response events. That brain is an advanced distribution management system (ADMS).

ADMS is the foundation for operating and optimizing the low- to medium-voltage grid. It maintains the balance to operate a diverse supply environment in the face of changing demands within the topology of the distribution network. At its core is the ability to define the network model precisely and to process an unbalanced load-flow algorithm using consumer load information and telemetered data. This helps determine, for example, the pathway for excess power generated from a DER and its impact on the distribution system.

“Advanced” has some defined meanings when discussing smart grid solutions:

à¢—  Convergence of supervisory control and data acquisition (SCADA), DMS and outage management system (OMS) functionality. In addition to real-time network analysis, the ADMS incorporates data from operational systems such as a SCADA system and provides OMS functionality. Through this convergence, the flow of information is integrated into a single, straightforward user experience that simplifies the operations and analysis of the distribution grid for the operator.

à¢—  Scale of data management and analysis. To manage the smarter grid, ADMS must account for hundreds of thousands or even millions of real-time data points, as well as adapt to new distribution and customer devices that come online, often in large quantities. It also can work in hypothetical planning scenarios, such as running calculations on how the system would be affected by the installation of a new wind farm. Information can be managed via a display of network data in a geographic view (e.g., maps) or a schematic view (e.g., single-line diagrams).

à¢—  Scope of feature function. An ADMS can analyze, execute commands and then re-analyze the network to determine impact. It also can apply volt/VAR control to reduce feeder voltage automatically with no effect on the consumer. Network simulation helps forecast medium-term and long-term load and supports effective development and planning. By continuously running real-time analysis, ADMS can identify problems and suggest approaches to better balance the load.

ADMS helps meet the challenges utilities have with controlling the rapidly growing, highly variable distributed on-site generation, along with energy storage systems. With ADMS as the brains of the operation, grid operators are able to forecast, manage and optimize DERs locally at the feeder level. This granular approach helps minimize the impact of local voltage and load flow anomalies, determine optimal times to increase the output of energy storage systems, design appropriate protection schemes, and defer capital outlay for system upgrades that are driven by short-term peak situations. It isn’t really a stretch to say that better modeling, monitoring, and managing of DERs through a tool like ADMS will help create and maintain the distributed energy marketplace. And all stakeholders can benefit.

Between legislated goals, financial incentives and marketing benefits, on-site renewable energy generation has seen incredible growth. Although ADMS helps in the real-time management of renewable DERs, utilities still must be able to plan on reliable generation and load.

Advanced weather forecasting technology gives utilities the ability to calculate and predict the contribution of renewable generation, giving them better opportunities to plan where power needs to be scaled up or back and when. Highly specialized weather forecasts predict the power output from solar arrays and wind turbines, including solar irradiance, wind speed, direction and height at given times during the day, all of which help determine the contribution from renewable sources.

Imagery from satellites is used to track cloud movement and predict the resulting irradiance a few hours ahead to help forecast solar power as far out as possible. Ground-based weather stations, including sensors that measure solar radiation, can be used to provide accurate current conditions and help tune and optimize the forecasts.

The load or demand also is predicted using historical information, accurate weather forecasts and artificial intelligence. This enables one to predict the balance between load and DER generation. Predictive weather intelligence allows ADMS to anticipate weather conditions and proactively adjust the network, which creates new levels of efficiency and network reliability.

On-site Generation is the Future

On-site generation still accounts for only a fraction of the total energy consumed around the world, but utilities likely will need to accept they no longer will be the only option for energy production. Even if it never becomes pervasive at the individual residence level, commercial and industrial customers are seeing too many benefits from on-site generation to hold back.

To not get left behind, utilities must continue to provide value in the energy management and distribution business. This includes using tools such as ADMS and advanced weather forecasting to make the integration of on-site generation into the distribution grid safe and reliable while helping create a marketplace for these new electricity generators to sell their product–a marketplace utilities control.

Jeff Meyers is a registered professional engineer who works in smart grid strategy and development at Schneider Electric. Reach him at jeff.meyers@telvent.com.