Not too many years back, few utility customers were seeking relationships with their electric utilities. They just wanted their lights on 24/7 at a low cost.

Even during the early days of the smart grid, few customers were tuned in to the warnings about aging infrastructure and the calls for modernization–that is, until hurricanes and massive storms wreaked havoc and caused power outages that lasted days if not weeks. That got policymakers, regulators and ratepayers alike attuned to the importance of resiliency and modernization. No longer did stakeholders merely tolerate smart grid improvements; in many locations, they began demanding them.

The Next Wave is Nearing the Shore

Now another force is causing customers to value utilities and the role they can play in improving their lives. It is strongest in Europe and parts of Asia, but it is coming quickly to North America. Utilities that get in front of this trend will gain another opportunity to deepen and improve their customer relationships. 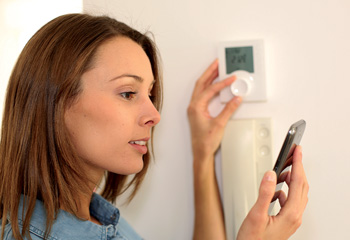 The force is smart cities, cities that are using sensor networks to monitor and optimize everything from traffic to health care to public safety and beyond.

Today, the smart grid is an integral component of the bigger smart cities concept. Consider Italian utility Enel. It pioneered smart meters in Europe. Now it is jumping on the next big development by working with cities in Europe, China and Latin America on smart city pilots. Enel also has become a Lead Partner in the Smart Cities Council, an industry coalition that supports and educates cities.

That coalition also includes National Grid and Electricite de France, plus companies well-known in the electric power sector: ABB Inc., Alstom, Cisco Systems Inc., General Electric Co., Itron Inc., Microsoft Corp. and S&C Electric, among others. All of them see the essential connection between utilities and the success of a smart city.

The Smart Cities Council in late 2013 published the “Smart Cities Readiness Guide,” a vendor-neutral handbook to help city leaders and planners develop a comprehensive road map for smart city development. Taking a cue from the experience with smart meters, the guide emphasizes that citizens must be considered and consulted from the beginning and at every step.

The guide’s energy chapter details numerous benefits of living in a city with a smart energy system: a more resilient and reliable grid. But there are many others, including:

Yet as electric utilities learned the hard way with the smart meter backlash, it’s not enough for utility executives to believe there are tangible benefits. Customers must believe it, too. 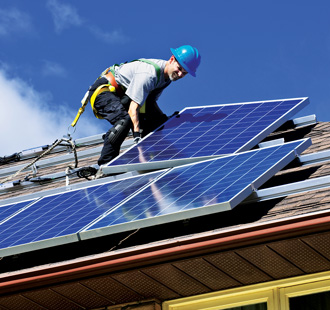 That can be tough. Customers have become much more demanding about the products and services they choose. Fortunately, most utilities have accepted that it’s a good idea to establish open lines of communications with customers, engage them, inform them and educate them. What they might not be expecting is increasing pressure from policymakers and citizens for utilities to play a leadership role in establishing smart cities.

Consider Council Lead Partner Itron, for instance, which is working with DTE Energy on a smart street lighting pilot. Because the utility will be rolling a truck anyway to put in new LED bulbs, the crew also will install communications hubs, 180-degree cameras, microphones for gunshot detection, proximity sensors to dim lights when no one is around, and other smart city devices.

Energy Efficiency: A Smart Way to Bring Customers Into the Fold

A March 2014 report from the American Council for an Energy-Efficient Economy, “The Best Value for America’s Energy Dollar: A National Review of the Cost of Utility Energy Efficiency Programs,” states, “We find that energy efficiency programs are holding steady as the least-cost energy resource option that provides the best value for America’s energy dollar. At an average of 2.8 cents per kWh, electric utility energy efficiency programs are about one-half to one-third the cost of alternative new electricity resource options.”

Energy efficiency programs and initiatives are much less expensive than building new power plants. And conveniently, the two-way communications and other capabilities of smart meters make it possible for utilities to offer the programs that support and encourage cost savings and energy efficiency. The benefits are apparent to utilities and their customers whether they’re residential, commercial or industrial.

And energy efficiency tools and programs for customers are readily available. Many utilities offer Web portals that allow customers to keep tabs on their consumption and access to various tools. Smart thermostats, home energy management systems and other related technological advances are additional examples of available products and services customers can use.

What makes a good energy efficiency program? Ask Oklahoma Gas & Electric (OG&E). The utility earned a top industry honor, The Edison Award, in 2013 for its Smart Hours program. OG&E installed more than 823,000 smart meters in its Oklahoma and Arkansas service area and went well over its goals by enrolling more than 44,000 customers in the variable pricing program for 72 MW of load reduction during peak use.

Here’s another example: a smaller municipal utility that got big results. The electric department at the city of Griffin, Ga., took advantage of the capabilities of smart meters to give customers the tools they need to manage their energy use. A case study from the Smart Cities Readiness Guide explains:

Georgia’s electric department wanted to give customers the power to monitor electric usage to manage utility costs. It also sought a more precise way to measure usage to ensure accurate billing and to simplify routine processes. Griffin replaced aging mechanical meters with smart meters. The solution gives customers better control over how much electricity they use and makes it easy for the city to read meters and connect or disconnect service remotely. As a result, customers are better served and the city can more accurately predict its power needs to lower the cost of its electric purchases.

For more examples of utility creativity in reaching and educating customers:

Energy efficiency for commercial buildings is getting increasing attention, too.

Navigant Research reports that the market for digital controls and automation technologies in buildings will jump from $1.8 billion in annual revenue in 2012 to nearly $5.6 billion in 2020.

The “Smart Cities Readiness Guide” highlights a program in Seattle that tracks energy performance in the city’s big buildings:

Commercial buildings are one of the biggest consumers of energy. So it’s significant that the vast majority–or 87%–of large building owners and managers in Seattle, Washington are now tracking and reporting building energy performance to the city under Seattle’s Energy Benchmarking and Reporting Ordinance.

Benchmarking tracks the total amount of energy that a building uses and allows comparisons of energy performance to similar buildings. Seattle officials note it is a standard practice for owners and managers working to improve building energy efficiency and reduce energy costs.

Being able to see the data on their own building consumption and others is definitely opening the eyes of building owners and managers.

One of them is Stephen Chandler, Facilities Manager at Verity Credit Union. “Energy bills only tell you so much,” he says. “Benchmarking lets you see trends and how your building compares with others. As a facilities manager, I am always looking for ways to lower costs, and being energy efficient is a way to do that which benefits my company and its customers.”

Since 2008, Verity Credit Union has reduced its annual energy consumption by 20% by tracking its use through benchmarking and making cost-effective energy efficiency improvements, according to the city.

As cities ranging from Seattle to San Diego to New York fire up new energy “nutritional labeling” programs, utilities in other cities soon might be asked to cooperate with similar efforts.

Utilities that embrace this opportunity–that partner with cities to help them get “smarter”–will enhance their reputations and deepen their relationships with customers, governments and regulators alike.

Author
Liz Enbysk has covered energy and sustainability issues for 10 years and is editorial director of the Smart Cities Council website. Reach her at liz.enbysk@smartcitiescouncil.com.
More Electric Light & Power Articles
Past EL&P Articles