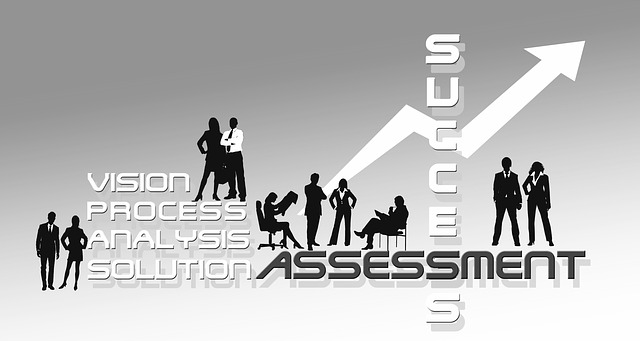 Frequently, the cost benefit analyses (CBA) for utility smart grid investments have a number of foundational rigors that certainly have a strong level of science around them. A fact-based analysis is often a reasonably well-crafted exercise that can help forecast the total cost of ownership (TCO) of an investment.

In laying out the framework for a CBA, various factors need to be taken into consideration. For example, cost factors as highlighted in this mindmap figure frequently have reasonably quantifiable metrics. 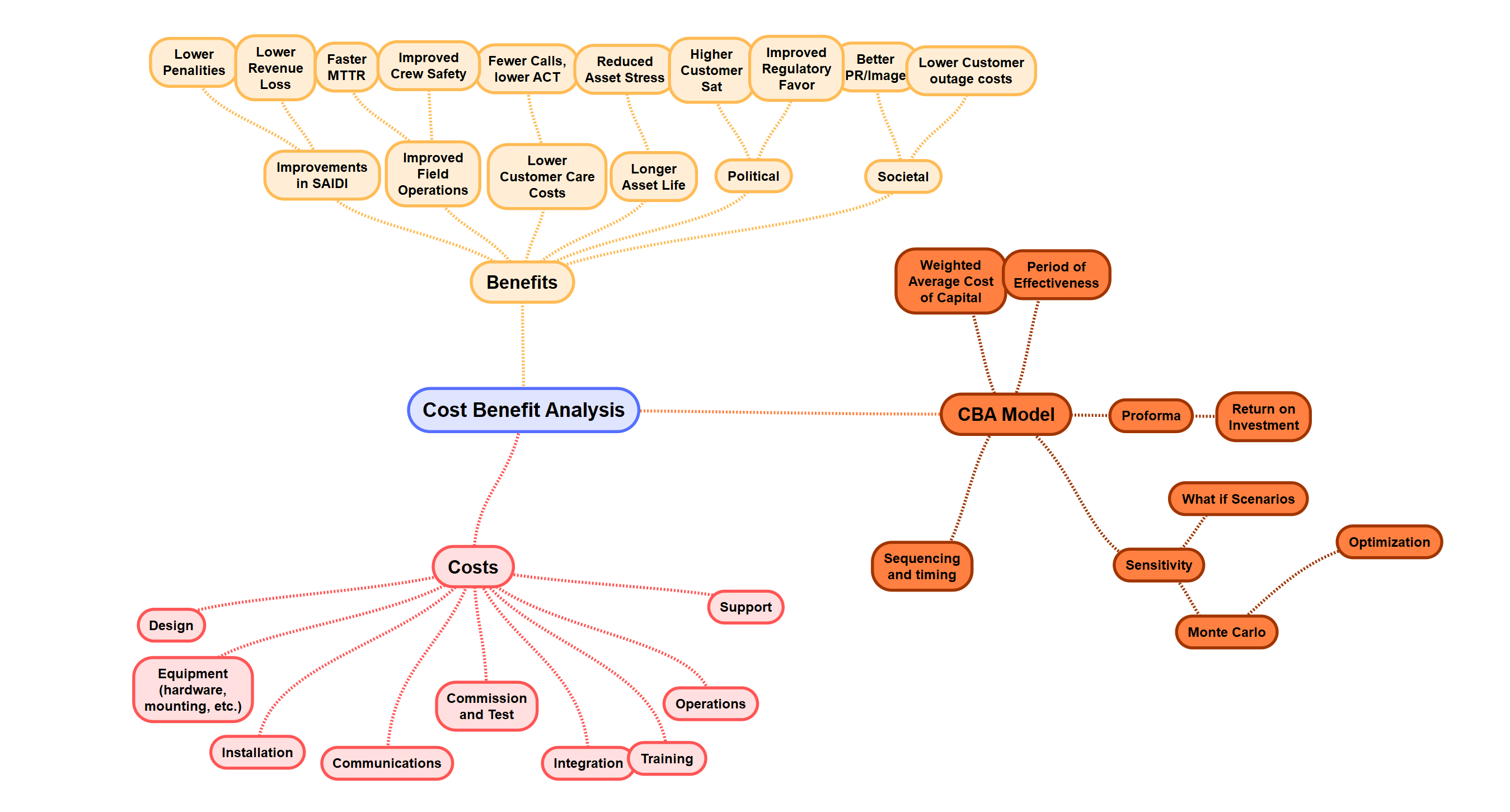 There can be many ways to obtain the necessary information to estimate the cost side of the equation. One way is through the process of issuing a Request for Information (RFI) wherein suppliers are asked to provide budgetary information.  Another more rigorous process is one that results in a more formal Request for Quote (RFQ) being issued and the potential suppliers providing details to delineate associated costs. A third way is to engage an independent but highly knowledgeable firm that has worked on similar engagements where they will have the experience-based information to help identify the costs.

Each of the methods described above will likely have different levels of accuracy, an RFI provides a budgetary estimate, and depending on the respondent it could either be aggressively priced or conservatively priced. An RFP generally has a greater level of certainty, depending on the level and thoroughness of the request, and frequently becomes a factor in the award analysis and subsequently forms the basis for contractual negotiation. The third method often brings another dimension to the costing side, where a trusted group or individual who has gone through similar exercises can bring factors that neither of the above methods (RFI or RFP) frequently address, such as costs of employee transition, education and in some cases re-organization. Additionally, with the introduction of new technologies, the effectiveness of the value comes through process re-design or process re-engineering which has associated costs.

Timing is another key factor in working through the costing exercise. The issuance of an RFI may be a reasonably expedient means of getting some budgetary estimates, but due to the lack of specificity in the ask contained within many RFI’s, the level of detail offered by respondents could fall short of providing the comprehensiveness needed for a quality Cost Benefit Analysis. In the case of an RFP, this would normally come later in the decision process-lifecycle, that is, once you know what you are really looking for with the level of detail necessary to be captured within an RFP; however, it is highly likely there has been at least a high-level CBA that preceded the issuance of the detailed procurement specification. This is where a seasoned professional can provide balance, insight and guidance with the known unknowns.

While statistically one might expect that margin of error between most likely cost would be equally balanced between high and low estimates as shown below, in reality, the curve for high estimate generally increases over time, especially as more and more of the hidden costs become exposed. The margin of error of most likely costs however tends to be lower toward the high estimate as time progresses and more information is gathered. 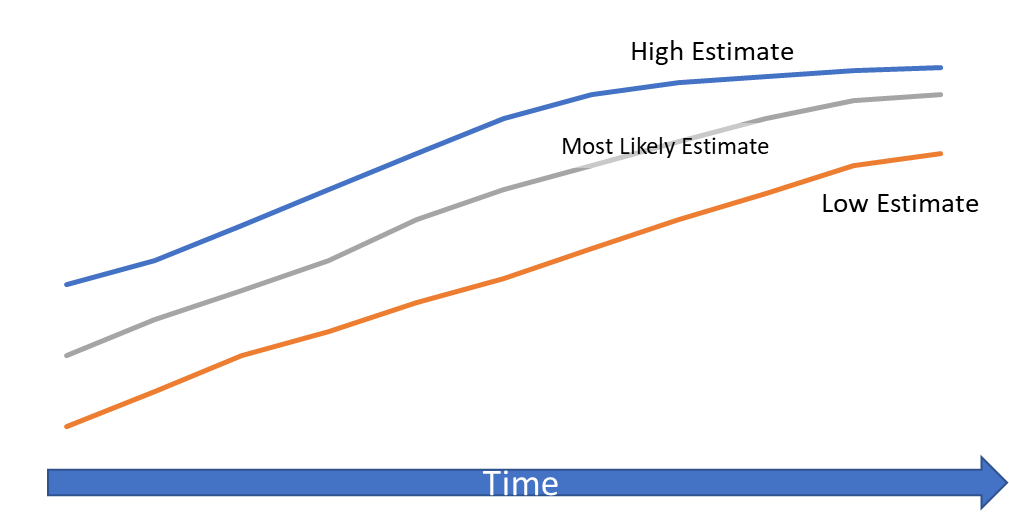 However, there will always be cases where the “unknown unknowns” exist. Ancillary, subsequent and unforeseen costs that can dramatically impact the TCO. Factors such as possible adaptations to current environments (e.g. facility capacity and space), additional asset requirements (updating a CIS) and new systems integrations costs (e.g. Enterprise Service Bus) that have cross organization impacts and cost allocation parsing can be some of the hidden costs. Due to the uniqueness of every organization these “unknown unknowns” may often have less history to base reasonable assumptions around and therefore could impact the overall accuracy.

On the other side of the equation, there is more finesse around benefits frequently identified as either “hard” and “soft.” In this context, the hard benefits are those that are more tangible, identifiable and quantifiable. An example of a typical “hard” benefit in the case of migrating from manual meter reading to an automated process, such as Advanced Metering Infrastructure (AMI), would be costs that are directly related to the reduction of direct labor costs for most of the field meter readers.  While historically this has been a leading element in the benefit category, most utilities are not in a position where they can or want to furlough their staff.   While the labor costs to the meter-to-cash department may be lower, the enterprise may need to absorb this headcount into other operational areas. So while there is a benefit, there may be an offsetting cost associated with training or transition. Even if there is a possibility of labor reduction (negative costs) there may also be positive costs related to severance or other compensations that would be incurred.

There can be a sound rationale for either accelerating some benefits or realizing them at a later stage.   Since net present value (NPV) is normally used as an accounting method to assess the value over a time period, accelerating any benefits earlier in the lifespan increases the NPV.  However, as with the case of a more complex project, such as a migration to an Advanced Distribution Management System (ADMS) from a more straightforward Distribution Management System (DMS) or an Outage Management System (OMS,) many of the cross-platform benefits unlocked by the harmonization of these systems may not be realized until the full systems transition takes place.

Another potential risk of early accrual of benefits is that if the actual value of realize benefits falls short of the projected benefit value then there is the potential that the overall accuracy of the model may be challenged.

Finally, the CBA process, while having strong foundation in a financial analysis and value projection, has multiple purposes. Certainly, it can identify project viability and efficacy from a dollars and cents and an investment perspective but, it is also a communications tool.

The CBA aside from the obvious financial information it provides, also facilitates an effective means by which internal stakeholders can identify project elements, interactions and interdependencies.

To answer the question: “is CBA a science or an art” it is evident to me that it is both.  The costing and benefit exercise have a mathematical basis with calculations, cost of capital, internal rate of return (IRR) and other well founded and widely accepted accounting principles. Whereas, the assumptions, projections and estimations entail more of an art.  The use of the CBA as an information and communication tool is a blend of these.

For additional insights listen to episode #6 of EnerNex’s The Energy Exchange Podcast series. In our conversation my guest, Mark Everette, a CPA, provides his perspectives on the cost benefit analysis and the requirements for many investments made in the grid modernization movement. 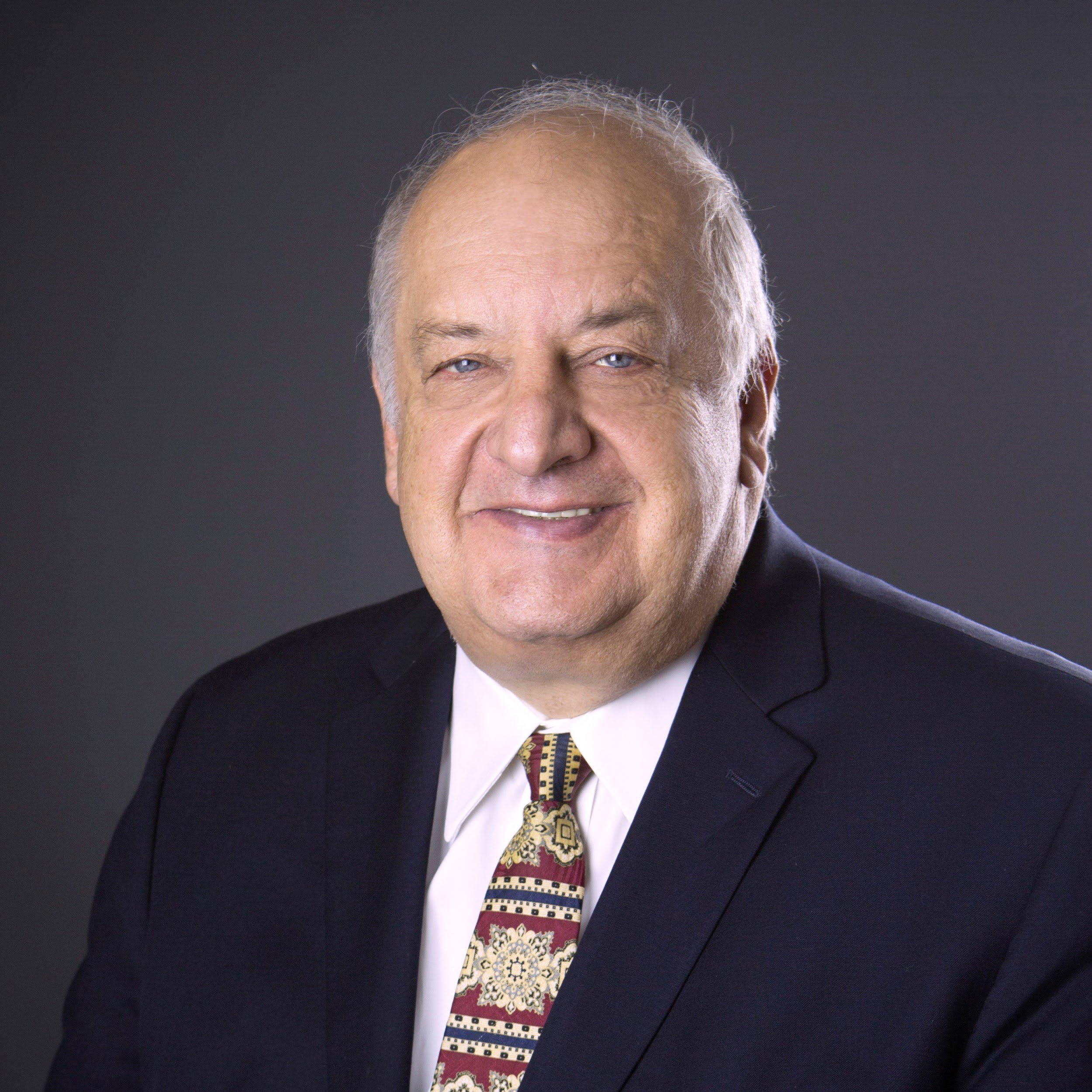 Ron is a recognized thought leader and industry expert in utility modernization. He has a deep operating knowledge in technology solutions in areas such as Microgrids, Renewable Energy Integration, Smart Grid, Distribution Automation (DA), Advanced Metering Infrastructure (AMI) and Demand Response. He provides strategic consulting services to leading energy organizations and to industry suppliers of products and services in the following areas: microgrids, demand response, battery energy storage solutions and “Behind the Meter” technologies. He is frequent contributor to leading industry journals and for the past 2 years, he has been the Chairman of the Smart Cities/IoT Track for DistribuTECH. Ron has over 35 years of experience, including previous positions with Verizon Enterprise Solutions, Schneider Electric and DNV GL.