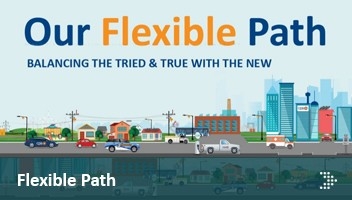 CPS CEO Paula Gold-Williams announced the details Thursday as another step in the utility’s Flexible Path strategy aimed at implementing new power generation sources over the next two decades. The latest, Power BundleFlex portion is focused on incremental generation capacity additions from a variety of resources.

“The Power BundleFlex is a diversified solution set that recognizes today’s renewables alone cannot support all of the community’s customers consistently and reliably, 24/7/365,” Williams noted in her statement. “Prudently, it is a generation package that will ensure the community can move forward, while maximizing the existing community-owned generation assets, which are powered by gas, coal, solar, wind and nuclear sources.”

The incremental plan has a general framework of adding 300 to 900 MW of solar power which would include utility-owned assets as well as capacity through purchase power agreements with outside generators. CPS also would seek direct ownership of energy storage totaling from 10 to 50 MW.

The inclusion of 300 to 500 MW of natural gas-fired power would improve system reliability with solar and also offset the probable higher costs of energy storage systems, according to the CPS release.

The company is seeking public comment and is offering a new survey tool on the Flexible Path plan.

At last report on the Flexible Path plan, the utility would get half of its energy from wind and solar by 2040. Thirteen percent would be generated by natural gas, nine percent by nuclear and seven from coal, while battery storage would account for five percent.

The 16 percent remaining would theoretically come from “flexible generation,” which is a catch-all for technologies which might not be economically viable at the moment, according to the report.