The Mercury and Air Toxic Standards (MATS) create capacity challenges for utilities that rely heavily on coal-fired generation–utilities disproportionally located in the Midwest and South. As utilities evaluate alternative generation options, demand response can offer a fast-to-market, flexible way to bridge the gap between coal plant retirements and the build out of new generation while supporting regional economic development.

MATS and the Capacity Challenge

The Brattle Group projects 59 to 77 GW of coal plant capacity likely will retire by 2016, 30 GW of which already have been announced. The announced retirements take a significant bite out of the current total generation capacity in the PJM and Midcontinent Independent System Operator Inc. (MISO) regions in particular, representing up to 13 percent of the total capacity (see Figure 1). At a MISO board of directors meeting in August 2013, MISO stated that based on a recent survey of its members, known generation retirements could put 14.2 percent of the planning reserve margin minimum in serious jeopardy by 2016. Depending on load growth assumptions, MISO could be short anywhere from 3,000 to 7,000 MWs–a level at which the system has not operated since the 1960s, said Clair Moeller, MISO’s executive vice president of transmission and technology. 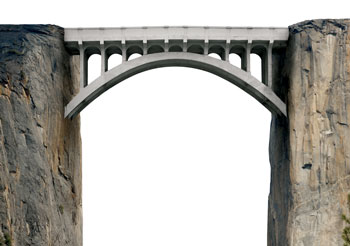 These retirements have potential implications for the utility integrated resource planning (IRP) process, particularly in the Midwest. Traditionally, the IRP process is used to provide a long-term plan for a utility to meet gradual, progressive demand growth–historically at 0.5 to 2 percent–through the lowest-cost, lowest-risk blend of supply and demand-side resources. This process, with its long-term view of supply and demand, has allowed utilities to make generation development decisions years in advance based partly on projected retirements of older, inefficient generation. This IRP process has worked for utilities, but it was not designed to handle rapid generation retirements such as those anticipated after the MATS rule.

As the U.S. economy continues to come out of recession, the U.S. Energy Information Agency (EIA) projects growth in demand for electricity to return to normal levels during the next several years with noticeable uptick through 2016 (see Figure 2).

On the supply side, rather than a five-to-10-year, long-term, gradual view of generation retirements and new generation build out, the MATS-based retirements might compress many utilities’ replacement planning time within 24 to 36 months. The rapid retirement of coal plants will cause a shift in the utility resource mix. Forecasts of historically low market prices for natural gas into the foreseeable
future are driving rapid growth in natural gas plant development relative to renewables, clean coal and nuclear. A 2012 Bentek Energy report projects natural gas will make up about one-third of the U.S. baseload generation fuel source by 2017 up from a five-year average of 23 percent.

Beyond influencing what types of new generation are developed, historically low natural gas prices migth affect which generation assets are dispatched; in the near-term the generation bid stack could be turned on its head. As coal-fired baseload units are retired, intermediate and peaking natural gasfired units likely will be dispatched more frequently as an immediate replacement for the lost coal-fired capacity. The near-term challenge will be to ensure adequate peakload resources are available as intermediate and peaking generation assets are increasingly dispatched to fill the gap between lost coal-fired baseload capacity and new natural gas baseload resource development. The question for a utility’s IRP process is how to balance the time and cost associated with the build out of new combined-cycle gas turbine (CCGT) resources with the immediate- and near-term peak-demand needs.

As utilities seek to replace retiring coal generation with CCGT plants, risks associated with project development and the supply portfolio must be considered in the utility IRP process.

CCGT project development considerations. The availability and accessibility of natural gas are key factors. If natural gas supply and pipeline infrastructure are not near the generation development, developing needed gas transmission infrastructure can add significant time and cost to generation projects. The 2012 Bentek Energy report notes that the growth in demand for natural gas as a generation source fuel will test the existing gas pipeline infrastructure and add to gas supply constraints in some regions. The MISO, for example, noted in testimony filed with the Federal Energy Regulatory Commission (FERC) in July 2013 that the system operator is concerned about the increased dependence on natural gas-fired generation and the impact gas availability can have on system reliability. Utility gas supply contracts typically are for non-firm, interruptible service. On Jan. 22, 2013, a very cold peak day, many large generators were unable to respond to MISO dispatch instructions because natural gas was unavailable as a result of high heating demands. The MISO recognizes this disconnect between the natural gas and electric industry. It has initiated a task force of industry groups to coordinate communications about infrastructure impacts because of increased natural gas demand related to generation development. Once a new gas pipeline plan exists, it will take three to five years to construct. Without an existing pipeline development plan, there will be insufficient capacity to meet utility demand as the impacts of the MATS regulations are felt in the market. 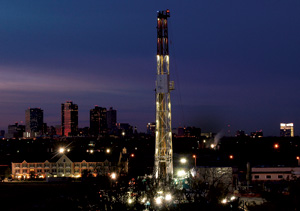 Supply portfolio risk. Disproportional investment in gas generation might create an unbalanced risk portfolio. Natural gas prices are projected to remain low in the near term, which would make CCGT the most cost-competitive supply-side resource option. Basing the future on the past 15 years of gas prices, however, price volatility is inevitable, spurred by supply and demand dynamics and extreme weather. Although natural gas is less than $5 per million British thermal units (MMBtu) as it had been between 1997 and 2001, from 2001 through 2011 gas prices were highly volatile, sometimes spiking near $20/MMBtu (see Figure 3).

The shale gas drilling boom has supported a downward shift in long-term natural gas prices during the past three to four years (see Figure 4). Uncertainties around shale gas supply, however, are emerging as states such as Maryland, New York and Pennsylvania,as well as EPA consider the environmental implications of hydraulic fracturing, or “fracking,” and potential bans or moratoriums on the practice.

The Demand Response Bridge to the Capacity Future

In the era of MATS, as utilities, particularly in the Midwest and South, enter into their next IRP cycles, they will evaluate the implications of coal plant retirements and seek to balance the costs and risks of the shifting resource mix. Although the prospect of cheap natural gas appears to be strong in the near future, volatility will exist. Demand response offers a fast-to-market, flexible way to bridge the gap between old, retiring and new supplyside resources to manage risks of natural gas price volatility. Demand response resources can be put in place and built incrementally, and they offer a solution for the capacity constraints that will emerge in 2015.

Beyond the cost and risk benefits to a utility, demand response also benefits the community and regional economy within the utility’s service territory. For demand-side management programs, customers are the resource. Customers receive compensation for participating in demand response programs, representing bottomline revenue, helping them become more competitive in the national and global economy. Industry reports published by consulting firms, universities, energy commissions and others have found that U.S.
utility customers can realize annual savings from $10 billion to $19 billion as utilities balance new capacity investments with demand response programs–a large portion of these savings through reduced capital expenditure in generation and transmission and more competitively-priced electricity. These savings, combined with increased competitiveness, can help local businesses keep the lights on and focus on job creation. Expansion of demand response helps spur new job creation in related technology and service industries and supports wider-scale economic development. Demand response offers a bridge to utility post-coal retirement generation capacity future and to post-recession economic growth future.

Author
Judd Moritz is director of Utility Solutions for EnerNOC Inc. Prior to joining EnerNOC Inc. Moritz worked for Ameren and APX, where he was in charge of the California Demand Reserves Partnership Program, which at the time was the largest capacity-based demand response program in the state. He has a bachelor’s degree in environmental studies from The University of Kansas and an MBA from Webster University.