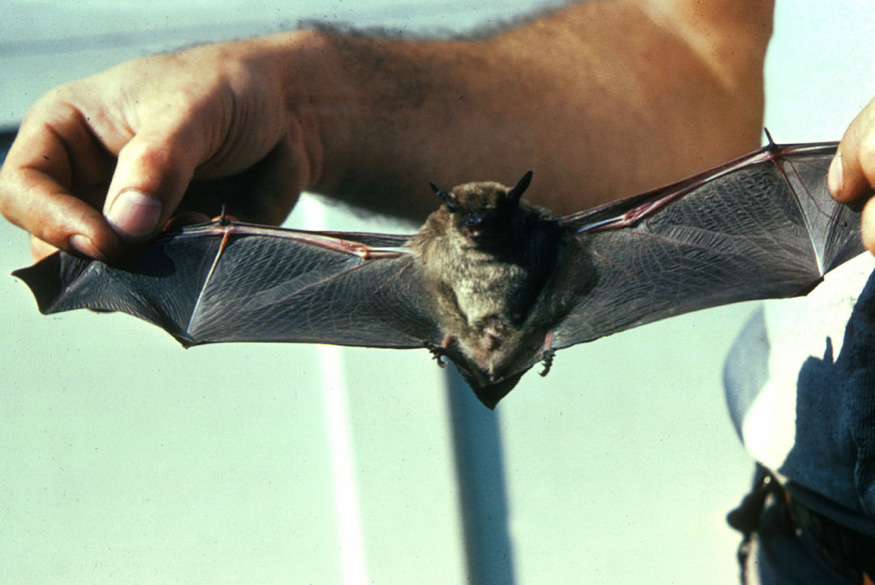 They can look frightening. They fly only at night. Some even dine on blood. But to Duke Energy’s own “Batman,” Tim Hayes, they are beautiful, beneficial and need to be protected.

They are bats, which Hayes, a biologist and environmental director for Duke Energy Renewables, is working to protect from being accidentally killed when they come in contact with wind turbines.

When the American Wind Energy Association formed a committee to develop ways to prevent bat deaths and injuries from turbines, Hayes immediately accepted.

Hayes’ group this fall recommended slowing down rotor speeds on wind turbines during low-wind conditions in late summer and early fall, which coincides with bats’ fall migration and breeding season, to reduce the risk to bats.

Duke Energy Renewables has fully implemented the new procedures at 11 wind power facilities and work is underway at their remaining five sites to adopt the new practices. Going forward, when the company is constructing a new wind farm, these new operating parameters are programmed into the turbines.

“We’re on the leading edge of addressing this,” Hayes said. “Whatever the environmental issue, Duke prides itself in meeting it head-on.

“Wind energy is clean, with no emissions, and it doesn’t use any water,” Hayes said. “However, there is no free lunch, and every form of generation has an impact on the environment. We must figure out how to improve the impact we do have.”

No one knows exactly why bats are attracted to turbines. Though not entirely blind, as some believe, they do have poor vision, leading some scientists to theorize the animals mistake the wind turbines for large trees.

AWEA believes the new protocols, based on more than 10 years of research by the Bats and Wind Energy Cooperative and others, will reduce the wind industry’s impact to bats by as much as 30 percent.

Ironically, most people don’t have a positive image of bats. They’re creepy, right? They’re only good for scaring kids on Halloween and turning into vampires.

But bats get an undeserved bad rap, in Hayes’ opinion.

“I can’t think of another wildlife species that does more good things for people than bats,” Hayes said. “One benefit is they consume enormous amounts of insects, but they’ve got a bad image and most people think they’re creepy. There’s not another critter I can think of that provides more value to people.”