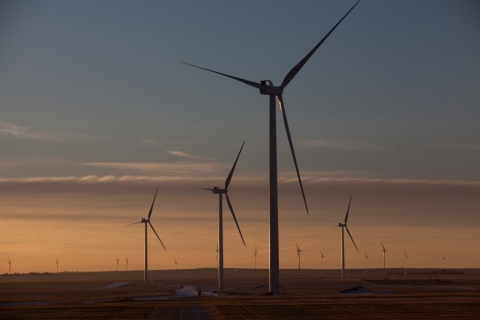 The 11.5 MW, five-turbine Pantex wind energy project was dedicated June 18, at a ceremony during which partners called it the largest federally owned wind farm in the U.S.

The project, near Amarillo, Texas, has been under construction since August on 1,500 acres of DOE-owned land adjacent to the Pantex Plant.

Construction of the wind farm was completed this week under a finance model known as an Energy Savings Performance Contract, which allowed Siemens to build PREP with no upfront cost to the taxpayers. Siemens will be paid directly from the value of guaranteed energy savings generated by the wind turbines, an amount expected to average $2.8 million annually.

PREP will generate about 47 million kWh of electricity annually, which is enough to power nearly 3,500 homes.

In addition to providing 60 percent of the electricity for Pantex operations, PREP will serve as the keystone for an ongoing collaboration with TTU to make Pantex a leader in innovation within the wind energy sector.