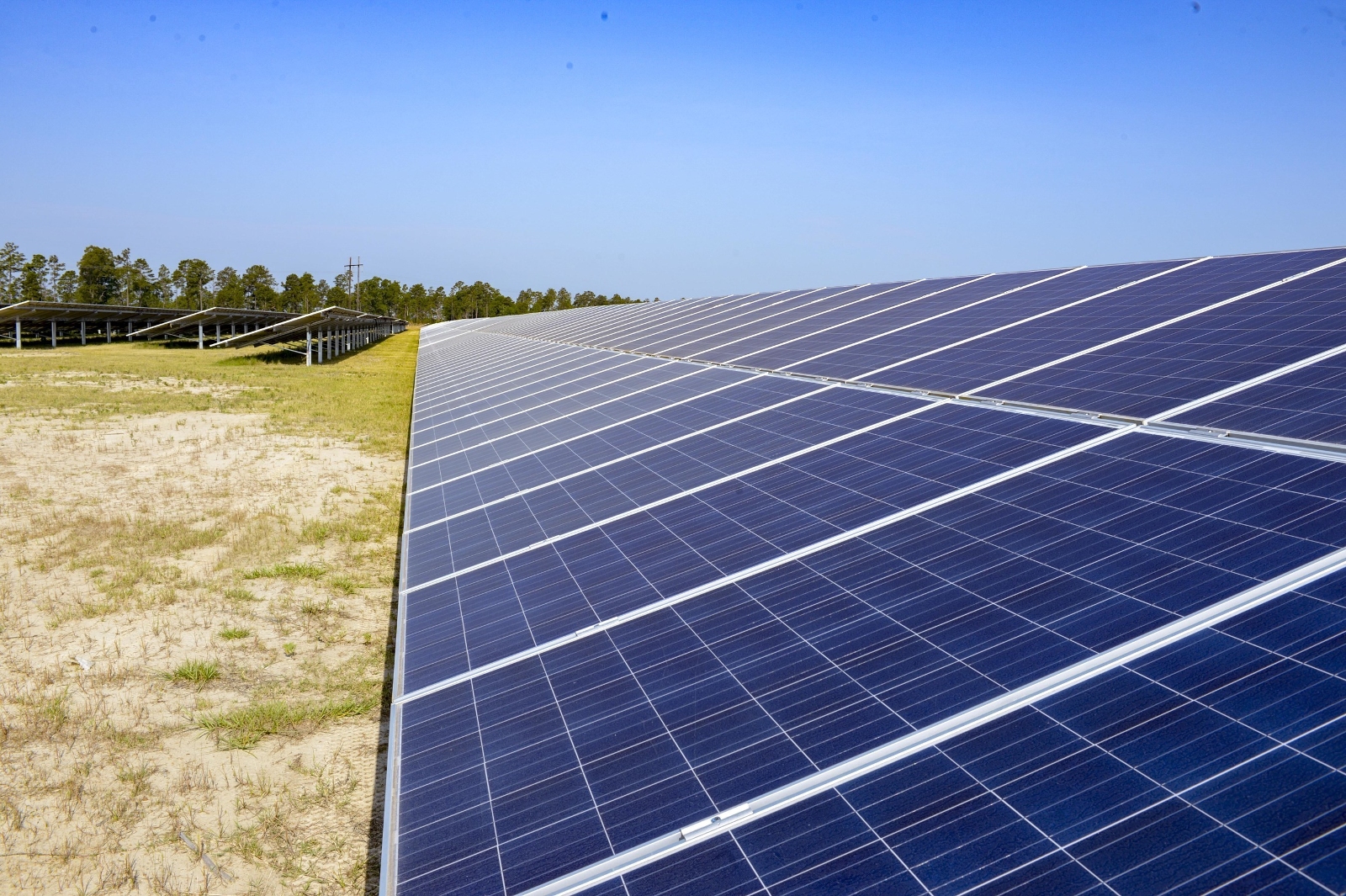 Georgia Power, the U.S. Army, the Army Office of Energy Initiatives, the General Services Administration and the Georgia Public Service Commission marked the start of operations of a new 30 MW solar power project at Fort Benning, near Columbus, Georgia.

The facility is the first of five on-base military solar power projects currently being developed by Georgia Power in coordination with the Army and the Department of the Navy.

Norrie McKenzie, vice president of renewable development for Georgia Power discussing the importance of the solar project to Georgia Power customers at the event.

“Since we first broke ground a year ago, this site has been transformed into a state-of-the-art solar facility that will deliver clean, reliable and affordable energy to our customers for years to come,” said Norrie McKenzie, vice president of renewable development for Georgia Power at the event. “We look forward to seeing the rest of our military solar projects come online within the next year, and the positive benefits they will bring not only for our customers, but for the bases and local communities.”

Speaking on behalf of the elected members of the Georgia PSC, Commissioner Wise noted the Commission’s efforts to bring viable solar projects to Georgia and to encourage solar development while keeping electric rates low for customers. Speakers also noted the importance of the project to Georgia, as well as the extensive collaboration needed between the utility, the Georgia PSC and the Army to complete the project.

Georgia Power built, owns and operates the facility with power delivered to the state’s electric grid at or below the company’s avoided cost, the amount projected it would cost the company to generate comparable energy from other sources. The solar project at Fort Benning is estimated to represent a $75 million investment at the installation and will enable the Army to meet critical energy and security goals. The 200-plus acre Fort Benning solar site uses nearly 134,000 photovoltaic panels to produce energy for Georgia homes and businesses.

In addition to this project, Georgia Power continues to add solar to its generation portfolio through programs designed to prevent upward pressure on customer rates. In coordination with the Georgia PSC, thousands of new solar panels are being installed across Georgia as part of the Marine Corps Logistics Base Albany and Naval Submarine Base Kings Bay projects with the DON; at Forts Benning, Gordon and Stewart with the Army; and through the competitive Advanced Solar Initiative (ASI). Most recently, Georgia Power proposed 525 MW of new renewable generation by 2019 and new demonstration projects to study wind and solar generation opportunities as part of its 2016 Integrated Resource Plan (IRP), currently under review by the Georgia PSC.