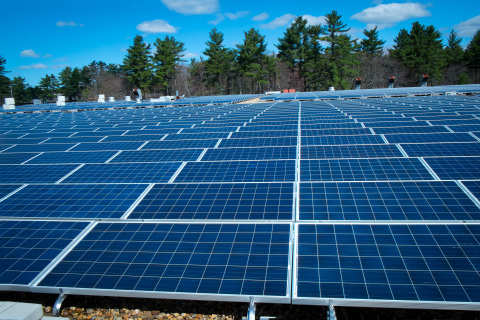 Georgia Power plans to build, own and operate three separate solar power facilities on U.S. Army bases in Georgia. The generation facilities, each capable of producing about 30 MW AC of solar energy, will be located at Fort Stewart near Savannah, Fort Benning near Columbus and Fort Gordon near Augusta.

Scheduled to be completed by the end of 2016, the facilities are expected to be the largest solar power facilities operating on U.S. military bases. The announcement was made as part of the company’s updated Renewable Resource Action Plan filed with the Georgia Public Service Commission.

As part of the review and approval of the company’s 2007 Integrated Resource Plan, the Georgia PSC approved the development of three cost-effective renewable projects of less than 30 MW to be owned by Georgia Power. The three projects will be brought online at or below the company’s avoided cost, the amount projected it would cost the company to generate comparable energy from other sources.

Georgia Power is committed to developing economical renewable energy as part of a balanced generation portfolio including new nuclear, advanced coal and natural gas, as well as energy efficiency. By 2016, the company projects it will have a solar portfolio of nearly 900 MW — the largest voluntary solar portfolio in the nation. In addition to the new solar projects with the U.S. Army, the company anticipates more than 500 new solar projects will be brought online in the coming years through existing solar programs including the Large-Scale Solar initiative and Georgia Power Advanced Solar Initiative.