Search engine technology giant Google Inc. has invested more than $1 billion in a package of renewable energy projects to help fuel the massive electricity demands of the company’s data centers and related infrastructure.

The Mountain View, California-based company invested in 15 renewable energy projects in its most recent financial quarter, including wind farms and solar arrays primarily in the U.S., with a generation capacity of about 2 GW. 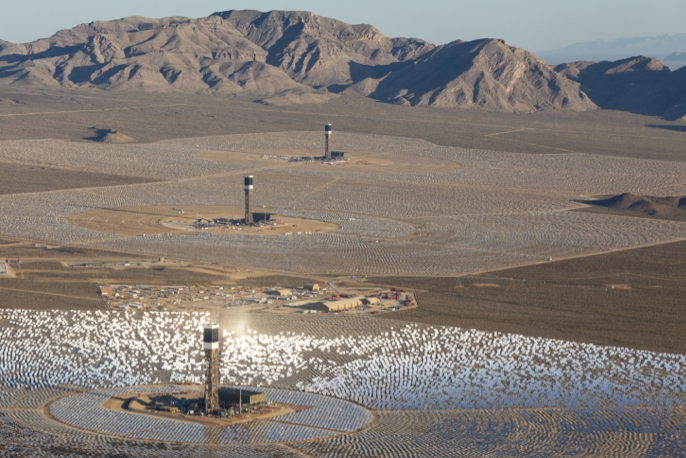 According to Google, about 34 percent of the company’s operations are powered by renewable energy. Google gets its renewable energy by buying the electric power from existing renewable facilities, or else by financially backing projects that it can then draw power from.

In its latest quarter, Google spent $2.25 billion on its data centers, servers and related infrastructure. The company has a goal of meeting 100 percent of its energy needs with renewable power.

Google was an investing partner on the Ivanpah concentrating solar power facility, which went online near the California-Nevada border February 13. The project’s 347,000 reflective mirrors channel sunlight into collectors, to generate up to 392 MW of energy at peak capacity.