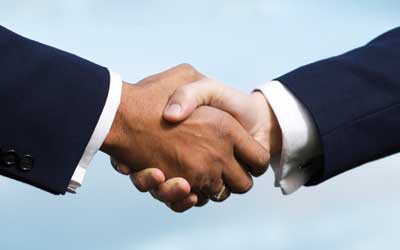 Hydro One Limited and Avista filed applications with state utility commissions in Washington, Idaho, Oregon, Montana and Alaska, as well as with FERC, requesting regulatory approval of the companies’ proposed merger, according to a Sept. 14 statement posted on Hydro One’s website.

To complete the transaction, approvals must be obtained from those agencies, as well as the Federal Communications Commission (FCC), according to the statement, which further noted that also required is clearance by the Committee on Foreign Investment in the United States, and compliance with applicable requirements under the U.S. Hart-Scott-Rodino Antitrust Improvements Act of 1976, as amended, as well as the satisfaction of customary closing conditions.

The filings with those agencies will be made in the coming months, the statement noted, adding that the merger must also be voted upon by Avista shareholders and receive a majority vote in favor. Avista filed the preliminary proxy with the Securities and Exchange Commission on Sept. 14, according to the statement.

Under the terms of the all-cash transaction, Avista shareholders would receive $53 per common share, representing a 24% premium to Avista’s last sale price on July 18, of $42.74 per share, the application said. The aggregate purchase price is about $5.3 billion, comprised of an equity purchase price of $3.4bn and the indirect assumption of about $1.9 billion of debt, the application noted.

Hydro One would finance the proposed transaction through a combination of medium and long-term borrowings and the net proceeds from its previously completed issue of C$1.54 billion of convertible unsecured subordinated debentures, which would form the permanent equity component of the financing plan upon conversion at closing of the proposed transaction, according to the application.

Furthermore, Avista would maintain office locations throughout its service areas, continue to operate under the Avista name, and seek to retain its existing employees and management team, according to the application.

Avista would continue to have a local board of directors consisting primarily of either board members chosen by Avista, and/or members that reside in the Pacific Northwest, the application noted. Additionally, the application said that the communities that Avista serves would see increased charitable contributions and a continuation of the support that Avista provides in economic development and innovation.

Customers would see immediate financial benefits in the form of proposed retail rate credits beginning upon the closing of the proposed transaction, the application said, adding that over time, the merger would also provide increased opportunities for innovation, research and development, and efficiencies.

Hydro One, which is a pure play transmission and distribution utility located solely within Ontario, seeks diversification in terms of jurisdiction and service areas, the application noted.

The proposed transaction with Avista achieves both goals by expanding Hydro One into the U.S. Pacific Northwest and expanding its operations to natural gas distribution and electric generation, the application said. In addition, the proposed transaction would deliver the increased scale and benefits that come from being a larger player in the utility industry, according to the application.

Mayo Schmidt, president and CEO, Hydro One Limited, said in the statement, in part: “Together, we are growing, diversifying and strengthening our business. This is allowing us to gain further efficiencies through enhanced scale and increased purchasing power that will provide a strong foundation for the future with material benefits to all of our stakeholders most importantly the customers and communities we serve.”

Scott Morris, Avista chairman, president and CEO, said in the statement, in part: “As we file our applications, we are very pleased that Hydro One and Avista together have agreed to a series of important commitments designed to provide benefits to our customers and the communities we serve, well into the future. Following the closing of the transaction, our customers will continue to receive the same great service from Avista, because the merger is not designed to target the elimination of jobs or other cost-cutting that may affect customer service.”