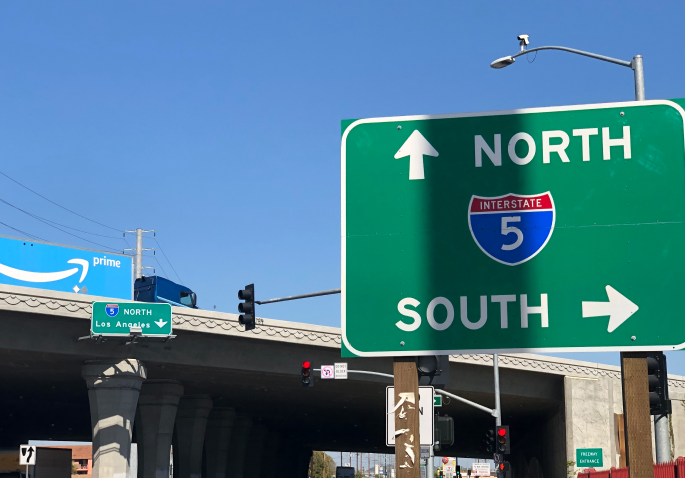 An ambitious build-out of electric charging infrastructure for freight carriers along the West Coast I-5 corridor will need a major buy-in from utilities, customers, transportation firms, state regulators and private partners.

And it should begin with a major deployment by 2025.

The near-term deployment on only the I-5 contains 27 sites spaced about 50 miles apart from California to Washington and could cost $90 million by 2025. The study estimates that electrification of all sites along I-5 plus nine key arterial corridors for both medium duty (like delivery trucks) and heavy duty through 2030 could cost $850 million.

The Initiative revealed its goals last year and on Wednesday announced findings from a study into the needs of converting a large part of the industrial transportation fleet from fossil fuels to electricity in the coming decades. The group sees it not only as a cleaner energy and emissions issue but a health matter, as well.

“We believe reducing emissions from the transportation sector is important,” said Bill Boyce, manager of electric transportation at Sacramento Municipal Utility District (SMUD), one of the initiative key utility backers, adding that the vehicles produce a majority of air pollutants causing health issues.

The study’s final report proposes a phased approach to electrifying I-5 and its major connectors. The first part of that would be installing 27 charging stations at 50-mile intervals from the top of I-5 to the bottom in the next five years.

Want to read more PE stories on EV deployment and its impact for utilities? Click here.

Those initial charging stations would be focused on medium freight vehicles such as delivery trucks. The capacity generally could be approximately 350-kW charging units, with stations ranging from 3.5 MW to 25.5 MW depending on size and number of “pumps” in the truck stop.

Later, 14 of those 27 charging sites would be expanded to accommodate electric “big rigs” by 2030.

“This requires a firm commitment by all three states to make major investments,” Katie Sloan, director of eMobility and Building Electrification at Southern California Edison (SCE), said during the press conference announcing the initiative study’s findings. She pointed out the long-term economic and environmental impact considering that “40 percent of the goods entering the U.S. come through the Ports of Los Angeles and Long Beach.”

With a cost that will almost certainly run into the billions should it become a reality, all of these utilities will likely need to contribute financially and perhaps involve customers through rate cases. The investment, some of the utility speakers added, will also need to come from state and local governments as well as the private sector.

On that last group, the I-5 Clean Energy study looked at location and siting of charging stations in relation to where fueling stations are currently spaced.

“They’re going to have to have partnerships with those sites,” said Eric Seilo, senior manager on the eMobility Strategy side at Southern California Edison. “This is where trucks are already going”and the infrastructure and space already exists. It’s a straight-forward transition to use those locations.”

The utility-led initiative is not a stage where it’s having formal discussions on cost sharing with the private side of the charging station equation, just yet.

“They’re going to provide service for fueling, whether it’s electric or liquid,” he said. “The uncertainty and challenges are around the shifting dynamic”are electric trucks actually coming onto the road?”

Some inertia is already being overcome into the freight transportation sector. Three of California’s largest utilities are investing close to $750 million in new EV charging stations, including at the ports and industrial sectors.

Companies such as Amazon, meanwhile, are ordering tens of thousands of electric vans to move products.