In a short time, the Internet of Things (IoT) has gone from being a blip on the horizon to an industry game-changer, and municipalities and utilities are rushing to get in on the action.

Realizing an opportunity to harness smart applications to improve the lives of citizens, municipalities and utilities have begun to explore investments in technology make IoT a reality. In doing so, they have laid out visions for a connected infrastructure to enhance safety, communication and service in their cities and communities. In many cases, those who have invested in technologies like advanced metering infrastructure (AMI) are realizing that the technology to bring IoT to life has been there all along.

For those who haven’t begun their IoT journey, beginning the process can seem daunting. Which applications should they start with? What factors should they consider when looking to deploy?

The following are some key steps municipalities and utilities should consider when beginning to explore an IoT implementation to help start their journey off on the right foot.

Open the Lines of Communication

First, it’s important to note that, when deploying smart applications, the goals of municipalities and utilities often overlap. Both seek to extend advanced capabilities to as many citizens as possible and to use these capabilities to meet their unique needs. Therefore, it’s critical that these entities are in continuous communication about how to best make this happen.

Utilities and municipalities should understand the diverse requirements of their constituents so they can make certain that applications are deployed in areas where they will do the most good. The instinct may be to direct benefits to population-dense locations where they will reach the most people. Yet these might not be the ideal areas for those deployments for any number of reasons. 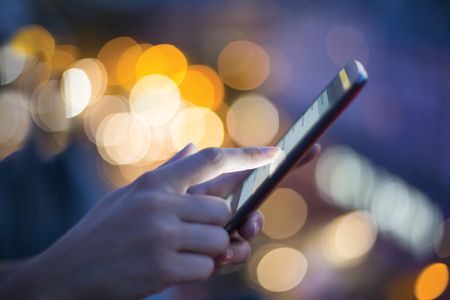 Think, for example, of a rural area with a high crime rate. Smart lighting applications including enhanced dimming and flashing capabilities could help lower crime and improve community safety. Without officials asking for IoT technologies to be installed in their municipality, the likelihood is that smart lighting and other smart applications could be deployed in more urban or population-dense areas. Think squeaky wheel.

Municipalities of all sizes should be contacting their utilities regularly to make their voices heard. Likewise, utilities should incorporate feedback from all of their customers, not just those in the areas with the greatest population density. Regular communication between these entities will help ensure smart city implementations are reaching those customers best positioned to benefit from them.

The next step is to determine which applications will be the first ones deployed in the IoT initiative. This does not have to be an all-or-nothing proposition. Any new investments should first be deployed in a pilot with desired outcomes and a mechanism to collect data and measure the pilot’s success. With that data in hand, the utility can then determine whether a full rollout should take place.

So which applications offer the most immediate benefit?

For many utilities, smart lighting offers the best test case for an IoT implementation for several reasons. First, smart lighting can leverage existing assets (i.e., streetlight poles), so it doesn’t require large investment in new infrastructure. Next, lighting can offer benefits to the community that are easily and quickly recognizable to citizens, such as in the streetlight safety scenario mentioned earlier. Finally, IoT deployments for smart lighting can have tremendous cost benefits from reduced energy and maintenance costs. Like flipping on a switch to turn on a light, they can demonstrate bottom-line impact-fast.

By simply adding IoT sensors to streetlight poles in a specified vicinity, you can turn those poles into smart assets that help monitor everything from the weather and air quality to traffic. They can even help police detect the location where gunshots were fired. While there are myriad other potential IoT applications available across the power grid, lighting solutions produce a fast return on investment (ROI) that can help build a business case for a full IoT rollout and future deployments.

The right communication network is critical to the success of a smart city implementation. This technology has evolved in recent years, resulting in multiple options for municipalities and utilities. Making the right choice is essential, and it starts with education to understand which network will provide the greatest ROI.

Public mesh networks are sometimes considered the answer, but they come with several drawbacks that can leave many residents underserved. These shortcomings include difficulty connecting end points in more rural areas or locations with diverse terrain, such as mountains or coastlines. In addition, public mesh networks frequently carry latency and device battery life issues due to the high number of device-to-device transmissions.

As an alternative, many utilities and municipalities have deployed private networks that offer two-way communication over a licensed spectrum that uses a STAR network design. This type of network can offer point-to-multipoint connectivity for faster data transmission and more flexibility for deploying various IoT applications. When combined with smart meters and sensors, it can leverage existing assets like streetlights to transform current infrastructure into smart infrastructure. In addition, these two-way networks offer the ability to transmit to and from hard-to-reach areas that mesh systems struggle with. Finally, flexible deployment options provide better scalability than mesh, opening the door for the ability to integrate new uses and connectivity options to meet a city’s population growth and future needs.

Taken together, the benefits offered by point-to-multipoint, licensed communication networks make them worth consideration for any municipality or utility struggling with how to deploy smart infrastructure.

The next thing to consider is which devices to connect to the network to power the applications being deployed. For IoT, this means any device that can communicate with the network either continually or at fixed intervals.

Another important consideration is simply what utilities need the device to do, and what the vision may be for future applications that leverage it. They may want to use the sensor device to remotely monitor systems and retrieve data-such as temperature and power levels-but have other uses in mind for which they might want to extend it. In this case, they should think about how they might want to expand the functionality of the device and make sure to invest in a device that will support this added use.

Finally, the devil is in the details. It’s important to consider specific features offered in a device to get the most out of the investment, particularly if the utility plans to deploy a large number of devices. Does a device prevent theft and tampering by communicating user-configured alarms? Does it facilitate flexible and scalable installation through the system, including remote locations? These types of considerations are critical when looking for an IoT sensor, as they can be necessary differentiators that will help maximize the value of an investment.

High-profile data breaches occurring in recent years have driven considerable press coverage, and many utilities and municipalities, as well as their customers, are justifiably concerned about the potential for data theft and loss. With so much data being transmitted between IoT sensors and the communication network, it’s critical to ensure that the network in question uses end-to-end security to help protect against possible breaches, theft or tampering. These kinds of outcomes can wreak havoc on a system and cause customers to quickly lose faith in the utility’s or municipality’s ability to harness technology.

Because of this, municipalities and utilities must consider a network with industry-standard AES-256 encryption that has been audited by an independent third party. Moreover, once the network is deployed, the administrator must set policies to protect data from loss or theft. Those policies should include restrictions around which data individual operators in the data center can access. Finally, municipalities and utilities must invest in authentication and firewall capabilities to provide further peace of mind and add those extra layers of protection to the solution.

For all the benefits IoT stands poised to offer, it’s no wonder that some municipalities and utilities are reticent to deploy it, as all the factors to consider can seem daunting. By asking the right questions and considering the right factors, such as the communication network, applications and devices being deployed and security of the infrastructure, municipalities and utilities will take the right first steps toward realizing these benefits and improving the lives of the citizens they serve.

Charlie Nobles is marketing director for lighting solutions at Sensus and leads all related marketing and commercialization efforts. He has a bachelor’s degree in engineering and a master’s degree in mechanical engineering and control theory, both from Duke University. Charlie also holds an MBA from Kenan-Flagler Business School at the University of North Carolina at Chapel Hill.