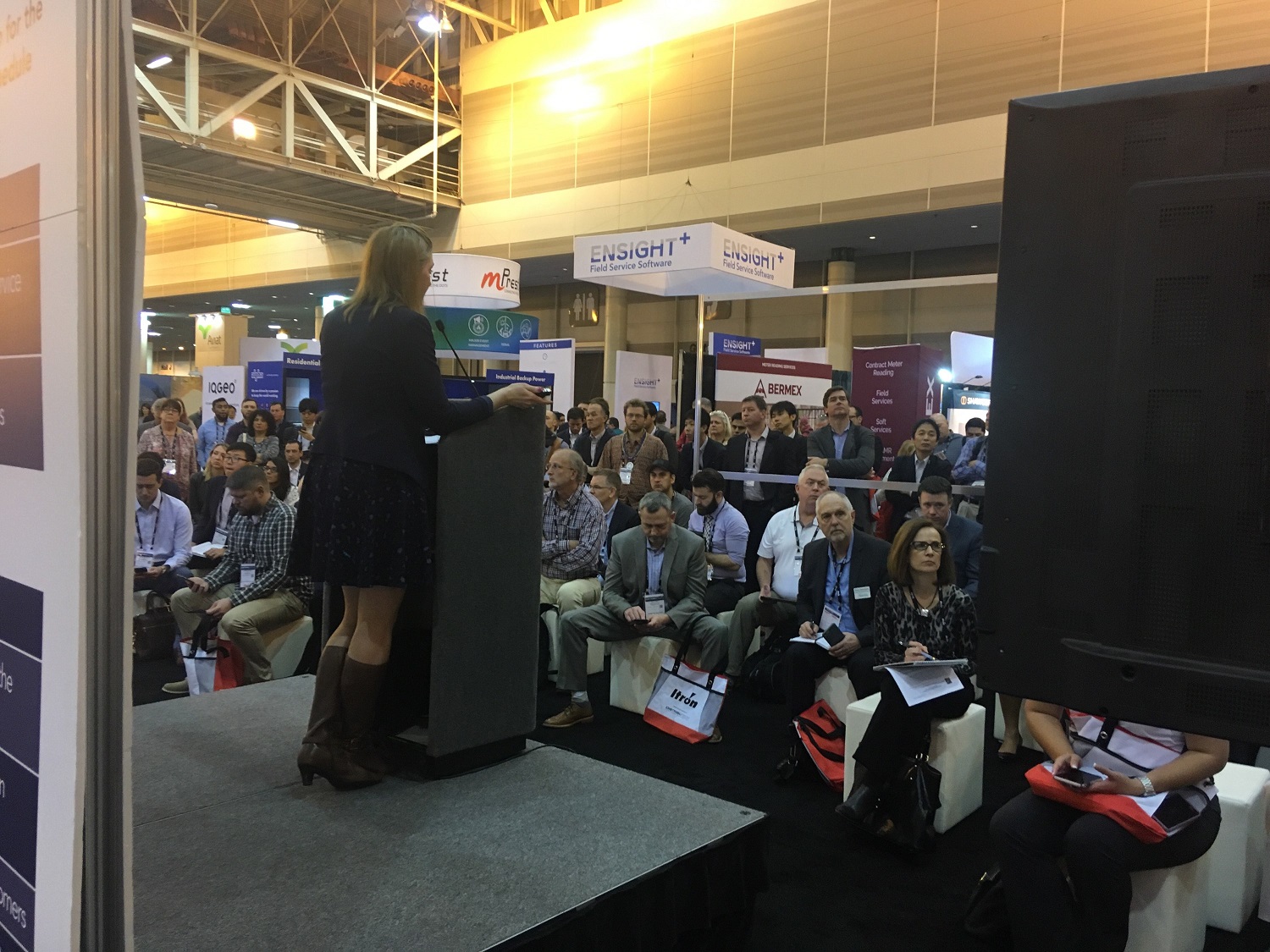 NEW ORLEANS-DistribuTECH attendees had no problems Tuesday figuring out the brand new Knowledge Hubs on the exhibition floor of the Ernest N. Morial Convention Center.

Well, maybe there’s still some figuring to do, but finding them apparently was not hard. The four hubs-being utilized at DistribuTECH for the first time ever-were jammed pack with curious and interactive standing-room-only audiences.

Erika Myers, director of research for the Smart Electric Power Alliance, kicked off the Expanding the Grid Hub with straight talk on the challenges and inevitability of an electric vehicle revolution. She recommended that interested utilities move fast and developing clear strategies for EV charging system installation and integration.

Many think there’s plenty of time to deal with all of it, but she added later that utilities in many states have maybe 5-10 years. That accelerated timeline takes a lot of strategy and planning.

Henry Bailey, chief strategy officer at consulting firm Utegration, underlined Myers’ point with some forecasts out of Texas. An ERCOT report envisions 1.6 million electric vehicles on the road by 2031, some 20 percent of total passenger vehicles in Texas today.

This future offers the potential of some $128 million in annual e-fuel revenue sources for utilities and partners. The key is “right-sizing” the fueling stations.

For utilities, Bailey noted, “as slow as possible that gets the job done is better.” For larger fast-charging stations, however, it might be a good idea to work with third-parties such as Tesla did in Austin, Texas.

“DC fast charging is a tough business to pull off by yourself,” he said.

The Digitalizing the Grid Hub’s first sessions also attracted a large crowd spilling out into the aisles surrounding it. A panel featuring experts from Siemens, AEP, ConEdison and Entergy talked about the Internet of Things and data analytics-enabled co-creation for grid operations.

One key point stressed through the panel session was handling the challenge of so-called “structured data,” implementing advanced load management and a lot of other potentials that come with wading through a proverbial ton of data.

After her EV session, SEPA’s Myers praised the turnout for Expanding the Grid Hub and offered some insights for next time.

“I like the idea of having a different demographic which is not normally seeing the content sessions,” she said. “I think they need more space.”