If you’ve any doubt we’re headed toward a world where microgrids become a significant part of our electric system, consider this: From now through 2019, analysts from TechNavio anticipate a compound annual growth rate (CAGR) of some 19 percent in microgrid-related revenue and a CAGR of 17 percent in installed capacity.

That’s good news for the overall reliability of our electric power system. 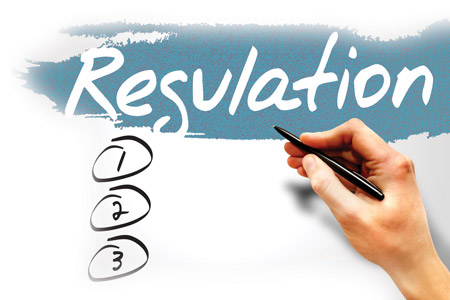 When Superstorm Sandy pummeled the East Coast in 2012 and left 8.5 million people in the dark, there were still pockets of light. New York University was one, and Princeton University was another. Both campuses had cogeneration that could be islanded and to keep electrons flowing for a few lucky souls. Such sites helped with rescue efforts; emergency services workers used them as stations for charging phones and equipment, as well as staging operations.

As one Department of Energy website notes, “Microgrids can strengthen grid resilience and help mitigate grid disturbances because they are able to continue operating while the main grid is down, and they can function as a grid resource for faster system response and recovery.”

Microgrids also support integration of renewables, as well as distributed energy resources (DER) such as combined heat and power, energy storage and even demand response. In addition, microgrids can help reduce line loss in transmission and distribution, further increasing efficiency of the electric delivery system overall.

Still, there are impediments to microgrids. Some are technical, and these are being addressed by dozens of utility-based pilots and projects, which the Smart Grid Interoperability Panel (SGIP) is cataloging to serve as an industry resource. Some impediments result because of local codes. Even homeowner associations can create obstructions.

And then, there’s the money issue. How will we monetize the benefits of microgrids, which serve as multifunction grid resources, contribute to resiliency, facilitate customer choice and can be a powerful grid-balancing tool? For microgrids to become part of an enhanced electricity delivery system, utility rate case issues should be addressed. The implementation of microgrids depends on a regulatory environment where microgrid operation harmonizes with the business model of distribution utilities so that capital investments and operational costs can be fully recovered.

The definition of a microgrid includes grid-connected functionalities and is the basic extension beyond a DER-planned island system that can continue to operate even if the utility distribution grid has lost its transmission-level power supply.

Power and information exchanges take place on both sides and across the PCC in real time.

Microgrids can be viewed as a fundamental building block in creating the 21st-century smart electric grid. Based on the existing distribution system, advanced microgrids can harness distributed control systems, digital communications and power electronics to communicate with one another and the grid operator to function in a coordinated fashion. The ability of advanced microgrids to coordinate with the macrogrid addresses challenges that grid operators face today. From the system operator’s perspective, a microgrid can serve as:

“- A flexible energy resource that can be bid into the electric market;

“- A fast-responding remedial action tool that can have varying impact to the customer (i.e., on-demand islanding);

“- An ancillary service resource; or

“- A ramp-down variable consumption resource (in response to over-generation conditions).

The economics of developing microgrids to support these services still need to be addressed.

There may be a need to further develop electricity markets and products that provide cost recovery and rates of return to investors. Regulators may need to determine standby charges and departing load charges for utilities to recoup the cost of interconnection, and there may be a need for cost recovery mechanisms for investment in microgrid readiness by investor-owned utilities. Regulators also will be evaluating market mechanisms for third-party provision of microgrids and what that means for a local distribution utility’s service franchise rights. And policymakers will need to determine certification requirements, if any, for third-party microgrid operators.

As microgrid deployment expands, utility procurement processes also should be adapted to accommodate the existing requirements for resource adequacy and long-term procurement. Transmission planning forecasts will change based on reduced need for existing central station generation, as well as new utility-scale generation resources.

Similarly, the regulatory framework governing contractual arrangements between utilities and microgrid operators might have to support new business models. Other issues include jurisdictional considerations within the bulk electric power system distribution system and microgrids, as well as mechanisms for third-party provision of microgrid services. What will be a microgrid’s relationship to wholesale, ancillary services market?

Siting issues likely will present regulatory issues, too, particularly on local levels. Some communities might have restrictive zoning that prohibits placement of generation assets, erection of renewable energy assets and even on-site generation or storage.

For a look at how one state is attempting to resolve issues like those noted, look east. New York’s Reforming the Energy Vision (REV) initiative, which was initiated by the New York Public Service Commission (PSC), looks like it might bring significant changes in the state’s energy market. Since 2014, the PSC has been gathering input from the energy industry, environmental groups and consumers, its eye on “changes in current regulatory, tariff, and market designs and incentive structures to better align utility interests with achieving the Commission’s policy objectives” of increased DER and renewables implementations, according to a REV fact sheet.

A key factor of the REV order is the creation of a Distribution System Platform (DSP) provider, an entity that will serve as system operator on a retail level just as NYISO operates the wholesale power system. The DSP provider will coordinate energy from traditional power plants, as well as from DER. Now, distribution utilities like National Grid or Con Ed may take on that role.

If Maine’s Independent Sen. Angus King gets his way, utilities nationwide might be looking at taking on DSP responsibilities, too. King’s recently introduced Free Market Energy Act of 2015 calls for states to consider “just and reasonable rates for DER in an unbundled manner, according to certain attribute factors in order to incentivize rational behavior in the energy market and better account for the two-way value of DER to the grid and the grid to DER.” It also mandates that “states shall consider designation of a smart grid coordinator or distribution system operator to manage DER, which can be but is not limited to a regulated utility.”

Some think utilities in states like New York, where distribution and generation have been unbundled, will be unable to own DER and microgrids themselves. In Illinois, ComEd is seeking its own regulatory backing for microgrid projects.

This past March, the Exelon-owned ComEd backed HB 3328/SB1879 in the Illinois legislature, which featured a proposal for ComEd to construct microgrids to shore up the grid’s reliability and resiliency during extreme weather or other events. “HB 3328/SB 1879 would enable ComEd to invest $300 million in six microgrids that will service public facilities and infrastructure that are integral to healthcare (sic), homeland security, transportation and water services,” according to the utility’s press release on the legislation. The legislation also would encourage community solar projects.

Both HB 3328/SB 1879 and King’s Free Market bill have surfaced in the past few months, which seems a good indication that regulatory issues surrounding microgrids and other DER are heating up.

For a more detailed overview of the issues regulators will be examining, visit the SGIP website, www.sgip.org. The recently published SGIP white paper “Regulatory Challenges to Deploying Distributed Energy Resources” is available free of charge at www.sgip.org/publications.

Sharon Allen is president and CEO of the Smart Grid Interoperability Panel (SGIP). Her past executive leadership positions at Accenture, Elster, ABB and IBM have shaped her expertise while effecting transformation within the industry. Allen has a Bachelor of Science in Electrical Engineering from the University of Florida and an MBA from Duke University.