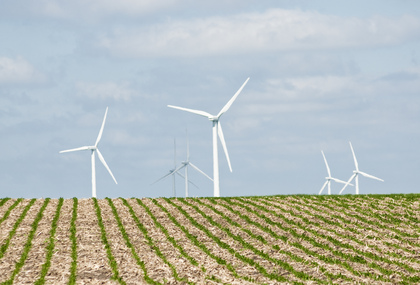 Minnesota Power, a utility division of Allete, announced the next step in its EnergyForward strategy for ensuring a safe, reliable and competitive energy supply for customers and the region.

In an upcoming filing with the Minnesota Public Utilities Commission (MPUC), Minnesota Power will request the addition of 250 MW of wind power capacity, an additional 10 MW of solar power and 250 MW of combined-cycle natural gas generation to meet customer demand for power, which is projected to grow throughout the region. The new resources will increase the company’s already robust wind portfolio of 620 MW and double its solar generation.

Natural gas is an essential component of the resource package to be filed with regulators. Without this plant, Minnesota Power would be reliant on fluctuating wholesale market prices when sun and wind resources aren’t available, increasing overall costs over the long-run.

Minnesota Power will file later this summer with the MPUC requesting approval of the resource package. After filing, state regulators will open a formal review process to consider Minnesota Power’s request. After input from stakeholders and the public, a final determination is expected in the latter half of 2018.

The details of Minnesota Power’s proposal include:

·      Solar. To achieve the state’s solar requirements, the Minnesota Power package proposes to add 10 MW of solar power by 2020 through a 25-year PPA with Cypress Creek Renewables. The addition will complement the current 10 MW Camp Ripley project that was completed last year and will be placed within Minnesota Power’s distribution system near Royalton in central Minnesota. The agreement includes an option for Minnesota Power to purchase the array.

Minnesota Power already is meeting or exceeding state standards for renewable power, energy conservation and carbon emission reduction through fleet transition of smaller coal units and the addition of renewable energy. The company has already achieved a 25 percent renewable energy mix well ahead of Minnesota’s goal of 25 percent by 2025. Minnesota Power expects to reduce carbon emissions on its system by about 40 percent by 2030 compared with 2005 levels.