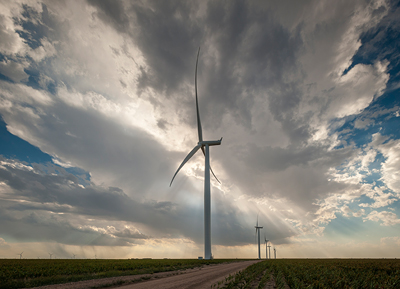 New Generation Power Texas signed a contract with GE for the supply of 235 wind turbines and related services for their 400 MW Texas Wind Project.

Construction began in December 2013 and will be built out over two phases.

GE performed a mechanical loads analysis to determine the stability of the chosen wind turbines for the project. The collection of diagnostic data found that the GE 1.7-103 wind turbines were an ideal fit to produce optimum power output.

The GE wind turbines chosen for the Texas Wind Project by NGP are three-bladed, upwind, horizontal-axis wind turbines with a rotor diameter of 103 meters. The large rotor and advanced design with a hub height of 80 meters will help deliver optimum energy output.

The 400 MW Texas Wind Project is expected to be fully operational before the end of 2015 to qualify for PTC.