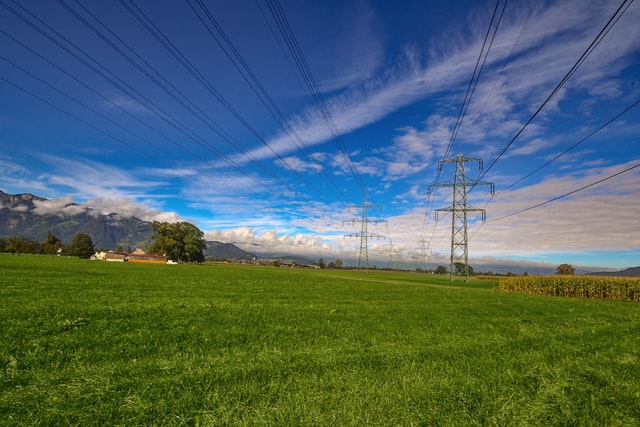 A well-placed battery has the potential to ease electric grid congestion, bolster resilience, and even postpone costly utility equipment upgrades.

Owners of energy storage systems are rarely compensated for all of that value, though, because most states simply haven’t calculated what it’s worth.

New Hampshire regulators will take a step toward fixing that problem as a new state law calls for them to study how energy storage projects might be made whole for the benefits they provide to the state’s electric grid.

Gov. Chris Sununu signed legislation in July directing the state’s Public Utilities Commission to investigate how energy storage projects could be compensated for avoided transmission and distribution costs on top of what they can earn from participating in the wholesale markets.

While the legislation is broad and doesn’t mandate specific policies, stakeholders see it as a sign that lawmakers are prepared to push the state forward on energy storage, potentially helping it catch up with neighboring states that have made headway in recent years.

This investigation is important because it will help attach a specific value to avoided transmission and distribution costs, said Jason Burwen, vice president of policy at the Energy Storage Association, a national trade group for the industry.

“In many places, there’s at least a philosophical understanding that energy storage can help reduce transmission and distribution infrastructure costs ” but until you actually do the work to figure out a method analytically to derive that, it can remain somewhat mysterious,” Burwen said.

States have only recently begun forming policies to allow distributed generation projects to participate in state and local programs while also participating in the wholesale markets. Advocates say this is important since it will increase revenue streams for storage and other resources, encouraging developers who can attract more customers with lower prices.

“In reality, yes, it can be challenging for storage to stack or capture multiple value streams,” said Lauren Shwisberg, a manager at the Rocky Mountain Institute. Projects in California have been able to do it thanks to rules progressing in that state, she said. Regulators forming New Hampshire’s policies will have to differentiate between when projects are dispatched for local needs and when they’re dispatched for regional purposes.

New Hampshire’s law was signed soon after a federal appeals court ruled in favor of a long-debated federal law requiring grid operators and states to allow energy storage projects of at least 100 kilowatts to participate in wholesale markets. Battery owners can now bid alongside generators to be paid for future guarantees to provide power to the grid if needed on a specific date.

States still have the authority to decide whether those projects can also qualify for local grid programs, Burwen said. The New Hampshire bill shows lawmakers in the state want storage projects to have both wholesale and retail access, he said.

If a compensation system were developed, regulators would have a few different models to follow. New York, for example, has two systems in effect. In one program, utilities determine specific locations where projects would increase reliability and reduce costs, then solicit proposals from developers to build those projects. In the other, a developer installs a battery, then the utility determines the value to the grid and reduces the electric bill of the developer’s customers.

Paving the way for BYOD

Compensation and wholesale participation is often focused on large projects. But small behind-the-meter projects can serve as valuable grid assets at both the retail and wholesale levels, especially when they’re aggregated.

A second part of the New Hampshire study will investigate the potential for a bring-your-own-device program, in which customers can use their own batteries in utility peak reduction programs. Supporters say allowing third-party devices this way helps make the programs accessible for more customers, since it often means they have to pay less for the battery than they would with a utility-owned device.

“I do think that the bring-your-own-device programs are important,” Shwisberg said. Virtual power plants – cloud-based power plants that draw energy from distributed resources – are powerful tools to reduce costs and increase grid resilience for customers, she said.

New Hampshire hasn’t had a large-scale BYOD program yet. The biggest prospect right now is Liberty Utilities’ battery pilot. That pilot currently involves customers getting utility-owned batteries, but it has a BYOD component planned for the future. But after delays getting the first phase off the ground, it’s still uncertain when that part could go into effect.

The new law in New Hampshire sends “a clear message from the legislature to the commission to say, “˜We support this and we really want to see you double down on these programs,'” said Chris Rauscher, the Northeast-based director of policy and storage market strategy at Sunrun.

Sunrun is a solar developer that also offers solar-plus-storage in some states, including Vermont, Massachusetts and New York. Last year, the company won a bid to aggregate customers’ solar panels and batteries for participation in New England’s capacity market.

According to Rauscher, nearby Green Mountain Power in Vermont spurred regional interest in these opportunities with its BYOD programs, which began in 2018 and have been upgraded since then. That interest has spread throughout the region “and has really been a key driver in battery storage adoption in New England,” Rauscher said.

He divided the investigation in New Hampshire’s new law into two main parts: One is the “services and values stream” focusing on compensation for avoided costs. The other, he said, “is the mechanism by which you can enable home batteries to provide those services,” which is the BYOD component.

The necessity of home batteries has been made clear by recent emergencies, he added. On the one hand, when paired with renewable energy like solar, they can lower energy consumption and costs for homeowners struggling financially during the pandemic. And with events like Tropical Storm Isaias, which left millions of people without electricity during a hot summer, backup power can be a lifeline.

“New Hampshire is a small state; it’s a relatively small energy market,” Rauscher said. “But here you had the legislature send a very clear message”that they want New Hampshire to lead on energy innovation and evolving the grid.”