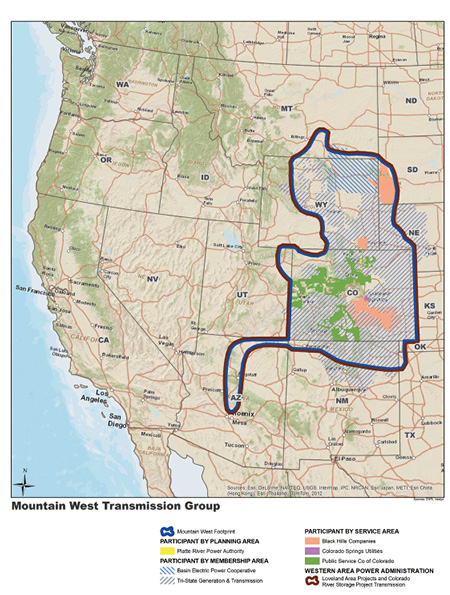 The board approved policies defining the terms and conditions of Mountain West’s potential membership in SPP. They also directed the organization’s staff and stakeholders to draft amendments to SPP’s tariff, bylaws and membership agreement in support of those policies.

Mountain West—an affiliation of eight entities in the Western Interconnection—announced in September 2017 its intent to pursue SPP membership after both parties completed a months-long period of cost-benefit analysis. Studies performed for Mountain West to date indicate annual savings of $80 million to nearly $154 million through participation in SPP’s markets and optimization of direct-current ties linking SPP’s and Mountain West’s footprints.

SPP estimates its current members could receive more than $500 million in total net benefits over the first 10 years of Mountain West’s membership.

SPP’s analysis considered benefits resulting from a reduction in administrative costs due to a larger customer rate base, adjusted production cost savings from the optimization of energy exchange between the east and west, a reduction of required contingency reserves by leveraging delivery between the east and west across DC ties and capacity cost savings due to load diversity achieved by operating across two time zones.

SPP anticipates that integration of the Mountain West entities as RTO members will take approximately two years, though it plans to implement reliability coordination services sooner, in late 2019. 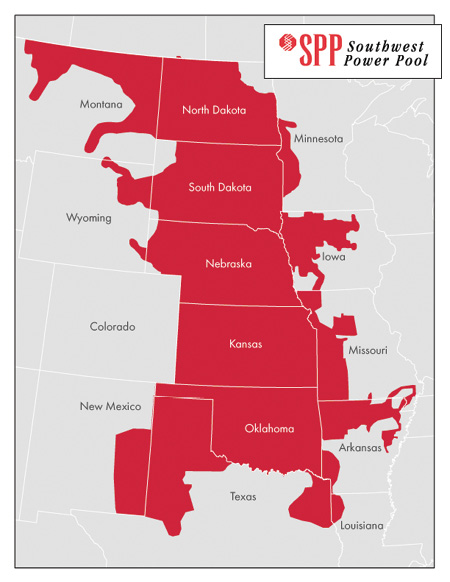 Texas Regulators Pave way for Completion of $9.45B Sempra-Oncor Merger

Oncor Electric Delivery finally found the right partner to take it down the corporate aisle. San Diego-based Sempra Energy completed its $9.45 billion acquisition of the bankrupt Energy Future Holdings (EFH), including EFH’s 80 percent stake in Oncor, one day after the Public Utility Commission of Texas (PUCT) approved the deal. The PUCT previously had rejected bids by two other suitors. 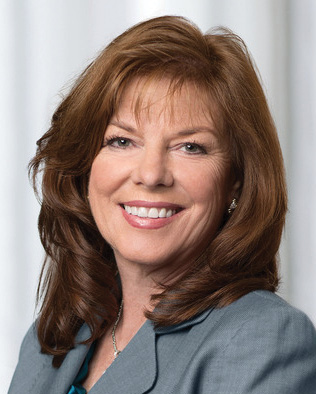 “The Public Utility Commission’s approval of our application is a significant milestone for both Oncor and Sempra Energy,” said Debra Reed, outgoing chairman, president and CEO of Sempra Energy (she is retiring May 1). “We are pleased the commission has found our transaction to be in the public interest. Sempra Energy is committed to being a good partner for the state and is supportive of Oncor’s mission to provide Texans with safe, reliable and affordable electric service.”

“We appreciate the commission’s support throughout this long, four-year process to find a new majority owner for Oncor,” said Bob Shapard, Oncor’s CEO. “We believe this is an excellent outcome for our company, our customers and our employees. Sempra Energy is a well-run company, and we believe they will be a strong, stable majority owner for Oncor and an excellent partner for Texas.”

On Aug. 21, 2017, Sempra Energy entered into an agreement to acquire EFH. Obtaining PUCT approval was a condition necessary to close the transaction.

Hunt Consolidated and utility holding firm NextEra Energy Inc. previously made serious runs at Oncor, for close to $20 billion and $18 billion, respectively. Both acquisitions were scuttled by Texas regulatory concerns over ratepayer risk and board independence. The TPUC actually rejected the NextEra twice.

Hedge fund Elliott Management and Berkshire Hathaway Energy launched their own bids at Oncor. The utility wing of Warren Buffett’s Berkshire Hathaway offered $9 billion (not counting debt), and stakeholder Elliott jumped in because it was not happy with that bid. 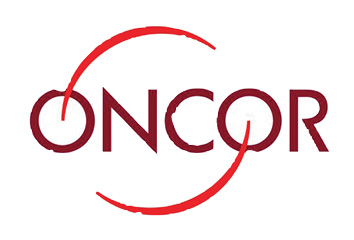 The magazine’s comprehensive list of state-by-state living benefits placed energy within the infrastructure category. Oregon’s hydropower assets pushed it even above California’s dominance in solar capacity to first place for renewables, while the Beaver State was tapped as No. 13 and 17 in electricity price and grid reliability, respectively. 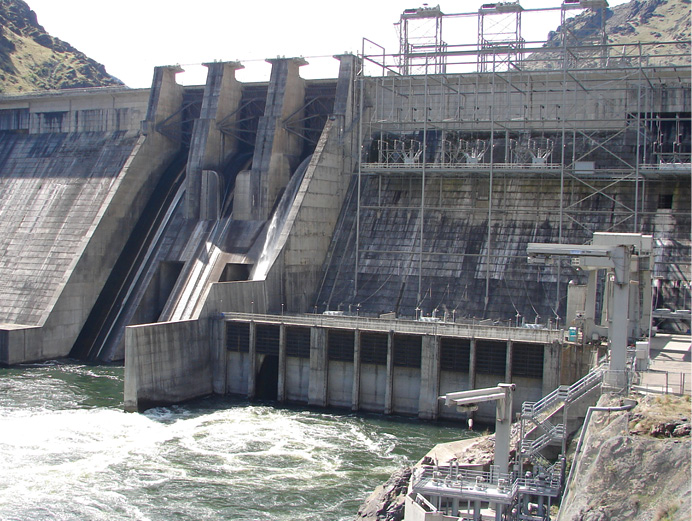 Hydropower obviously played a strong role in the renewables ranking, as Oregon, Washington and Maine finished one through three. California was listed a surprisingly low 18th in that category, which used 2015 figures for percentage of renewables in the overall energy mix. Nearly half of Oregon’s power comes from hydro and other renewables.

Louisiana and Delaware were lumped into the last two spots for renewable use. Louisiana gets less than 4 percent of its power from renewables, while Delaware only got 3 percent from clean energies, according to U.S. News and World Report’s findings.

Louisiana staged a strong comeback, though, heading up the ranking for best electricity price, ahead of Washington, Oklahoma, Idaho and Arkansas. Half of the states with the lowest cost of electricity were in the southeast and southwest U.S., at an average of about 7 cents per kilowatt hour. Alaska and Hawaii were 49th and 50th in pricing.

The University of Nebraska’s championship football teams of the past were always known for great defenses, and apparently the state’s utilities have similar strength of resistance to outages. The Cornhusker state was tops for power grid reliability, just ahead of Arizona for the lowest duration of outage (excluding major events) in 2016. North Dakota, Rhode Island and Nevada rounded out the top five for grid reliability.

Federal regulators are extending the nation’s conversation on grid resiliency for more voices to be heard.

Responding to a wide range of energy sector entities asking to have their say, the Federal Energy Regulatory Commission (FERC) decided to extend the comment period on the resiliency docket for another month into May. This will allow those entities ranging from smart grid to fossil fuel and renewable industry associations to respond to the reports filed by regional transmission organizations and independent system operators (RTO/ISO) on March 9.

“The associations argue for more time because the RTO/ISO filings are “Ëœsignificant, and will require substantial time and effort . . . to digest and analyze,'” the FERC order reads. “The resilience of the bulk power system is a priority of this commission and a critical issue for the American people and for our economy and national security. Therefore, the commission believes our work on this matter will benefit from a robust record and as much relevant information and thoughtful input as possible.” 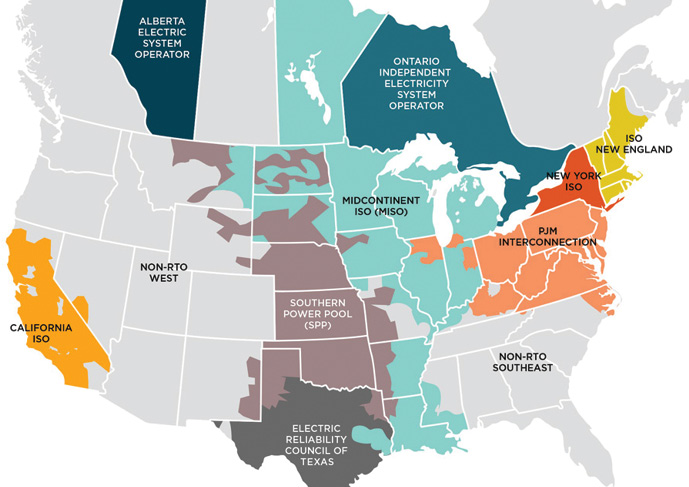 The RTO/ISO responses were varied as to the resiliency concerns. ISO-New England expressed worries about fuel supply and security given its growing dependence on natural gas pipelines amidst extreme weather events.

“It is imperative that we base our next steps on the best available information, and we encourage input from stakeholders across energy spectrum,” FERC’s order reads.

The entities have until May 9 to submit comments on the RTO/ISO concerns.

The Massachusetts Office of Energy and Environmental Affairs earlier had decided on the 200-mile Northern Pass line. Several months ago, however, New Hampshire regulators ruled that they didn’t want the line going through their state, citing environmental and tourism concerns.

Eversource offered numerous concessions trying to get New Hampshire leaders to change their minds. The regulators were mulling the decision but delayed any final rulings.

Lorenz didn’t detail why Northern Pass was dropped, although there were concerns about the viability of the project after New Hampshire regulators rejected it in February. Concerns were raised about negative impacts on the tourism industry and local businesses.

Eversource requested a rehearing but the New Hampshire Site Evaluation Committee said that would not start until at least May. That’s well past the deadline set by Massachusetts for moving forward with a large-scale clean energy project mandated under a 2016 law.

Despite the setback, Eversource said it will carry on with Northern Pass and argued in a statement that it was “the best project for the region and New Hampshire, and we intend to pursue all options for making it a reality.”

It didn’t say whether it has contracted with anyone else to buy the project’s power. 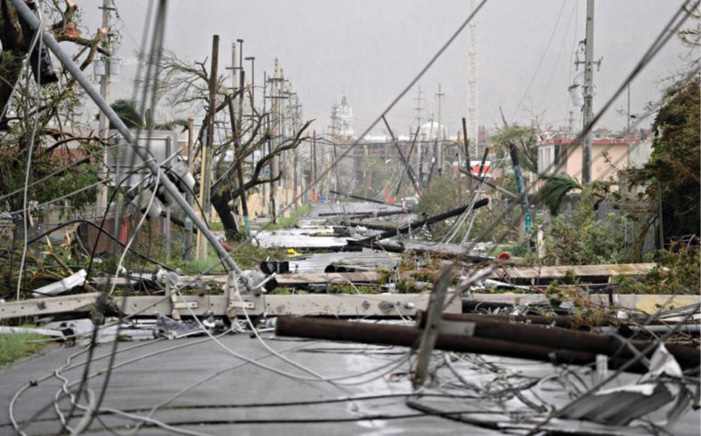 The appointment of Higgins comes six months after the Puerto Rico grid was devastated by Hurricane Maria. Some parts of the island are still without power.

Even before Maria hit, PREPA filed for bankruptcy with some $9 billion in bond debt. The utility’s power grid infrastructure averages 45 years old, compared with 18 years old on the U.S. mainland. Electricity bills on Puerto Rico are routinely double that of customers on the contiguous U.S.—a symptom of the island territory’s reliance on imported fossil fuels to generate power.

Among the island’s electrical issues are an aging power grid and frequent blackouts, including an island-wide blackout in September 2016.

The Puerto Rico government has said it would possibly privatize the utility.

“As part of Iberdrola’s commitment with Qatar, I’m pleased to inaugurate today the Iberdrola Innovation Center Middle East which, in line with Qatar National Vision 2030 objectives, is meant to become a technology benchmark for the energy industry through an open innovation program in partnership with our associates and universities,” Galàƒ¡n said on the day of the opening. “It will offer energy services to improve productivity and the efficiency of customers and consumers, and will offer technical training focused on smart grids.”

Focused on the challenges posed by the digitization of energy systems, the Iberdrola Innovation Middle East is a new technology hub from which the company is developing innovation and consultancy services in three key areas: smart grids, system integration of renewable sources and energy efficiency.

Located at Qatar Science & Technology Park in Doha, the center aims to release new products and services for the digital utility, working at the intersection of energy and information and communication technologies. 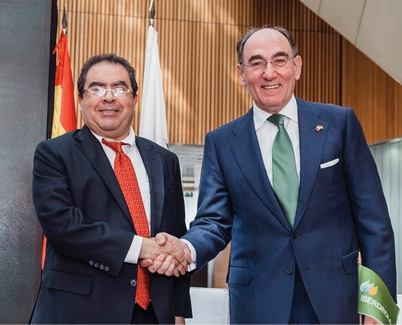 Being fully aligned with the State of Qatar’s innovation strategy, Iberdrola and its technology partners are committed to contributing to fulfilling Qatar National Vision 2030 objectives, which guide the economic, social, human and environmental development of the country.

In addition to its important role as a base for research, Iberdrola Innovation Middle East is tasked with serving as the central point of the Iberdrola group’s activities in the Middle East.

In addition, Iberdrola signed a memorandum of understanding with Hamad Bin Khalifa University’s College of Science and Engineering to create a partnership for research cooperation, educational development and the exchange of staff, scholars and students. As part of the agreement, the two parties will jointly work on securing reliable smart grids, strengthening pre-existing smart grid monitoring systems to improve efficiency, and developing performance-enhancing hybrid technologies.