The program allows all customers, including renters and those who can’t install solar, the option of purchasing up to 100 percent solar energy without having to install private rooftop solar panels.

Nearly half of U.S. households and businesses are unable to install rooftop solar due to space, lack of sun exposure or ownership limitations. The Regional Renewable Choice program gives residential and business customers–including those who rent–an easy way to participate in solar without installing or maintaining solar panels.

“The Regional Renewable Choice program is part of our ongoing commitment to support the growth of solar and other renewable energy sources in California. This program enables our customers to reduce greenhouse-gas emissins from their electricity usage and allows them to directly be a part of California’s clean energy future,” said Vincent Davis, PG&E’s senior director of Customer Energy Solutions. 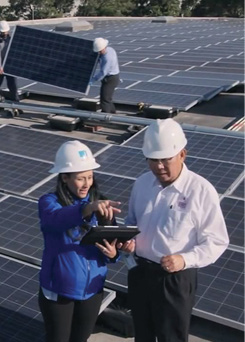 Based in Fresno County, the 1.66 MW solar project will be built by the renewable energy developer ForeFront Power. Participating customers will sign a contract directly with ForeFront Power to subscribe to a portion of the energy produced by the solar project.

Customers will receive a program credit from PG&E on their monthly energy statement based on the kilowatt-hour output of their subscription with the developer.

Both residential and business customers in Fresno County expressed interest in the project. This new community solar project is expected to be completed and delivering energy to customers in mid-2019.

Through the program, customers may contract with developers and subscribe to a portion of the power produced from a newly developed renewable project based in PG&E’s service area. Customers can subscribe to between 25 and 100 percent of their energy use.

The board of the federal Tennessee Valley Authority (TVA) has voted to charge its utilities a fixed fee that will likely be passed on to customers, no matter how much energy they use.

The decision by the TVA’s board—near its 85th birthday—upset advocates for ratepayers and green energy, who say it will penalize people who turn off their lights or use renewable energy to save on bills. 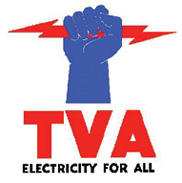 In its news release announcing the rate change, TVA President and CEO Bill Johnson noted the authority’s accomplishment since its establishment in the midst of the Great Depression. The release estimated that TVA generated annual economic benefits of $1 million per shoreline mile and diversified enough to produce half of its power from carbon-free sources, mainly hydropower.

“These successes are the legacy of generations of TVA employees whose ability to adapt to changing times allowed them to evolve how we serve the needs of more than 9 million people each day,” Johnson said in the release.

“We build on their legacy by evolving our pricing structure to ensure rates remain as low as feasible and are fairly distributed to everyone who benefits from the safe, reliable energy Tennessee Valley public power providers deliver while supporting increased customer interest in renewable and dispersed energy sources.”

Individual monthly power bills across the region may vary slightly as local power companies incorporate this change into their own rate structures beginning Oct. 1.

Numerous entities criticized the move, with an opinion piece in one newspaper calling TVA’s explanation “gibberish.”

“TVA’s board of directors today approved a mandatory fixed fee that will force customers to pay more on their electric bill before they even flip a switch,” read a statement from the Sierra Club.

Five major global companies—all of which have ambitious clean energy goals in the U.S.—have asked the Federal Energy Regulatory Commission (FERC) to intensify its focus on expanding the nation’s electric transmission system as one key part of its push for grid resiliency.

In a letter sent to FERC on May 9, the corporate entities stressed that although the situation is “no emergency requiring immediate action” the federal grid regulators should seriously consider an improved and upgraded transmission line network in their proceedings on grid resiliency.

The companies include Cargill, General Mills, Nestle, P&G and Unilever. They are among more than half of Fortune 100 firms that have set targets for getting most or all of their energy needs from renewable sources over the next few decades.

“In the U.S. and around the world, corporate commitments to procure renewable energy are a growing trend, driven mainly by recent sharp declines in cost, and by the price certainty that long-term renewable energy power purchase agreements offer,” the corporate letter to FERC reads. “U.S. corporations have purchased more than 10 GW of renewable energy from offsite projects to date and have set a goal to purchase an additional 50 GW by 2025.”

Yet the nation’s transmission grid is not adapting to the future realities, the companies pointed out. In a recent webinar focused on the Wind Energy Foundation’s “Corporate Demand and Transmission” report, consultant David Gardiner pointed out that 15 states between the Mississippi River and the Rocky Mountains hold 88 percent of the U.S. wind potential and 56 percent of solar photovoltaic, but only 30 percent of electricity sales demand. (Editor’s Note: This report was included in a May POWERGRID International story on disruption and business plans).

“This letter demonstrates that major American companies are becoming increasingly interested in the future of the U.S. electricity grid,” Gardiner said in a press release accompanying the corporate letter. “These companies recognize expanding and modernizing the grid will deliver more reliable, cheaper and cleaner electricity to all consumers, including companies with strong clean energy goals.”

“As a result, it is now more important than ever that transmission planners take steps to better incorporate the forecasted demand within regional and inter-regional planning processes,” the letter reads. “Doing so will make the grid more reliable and resilient, while also ensuring that our companies have access to a pipeline of new, cost-competitive renewable energy generation.”

FERC is continuing grid resiliency proceedings and received filings from regional transmission organizations and independent system operators in the past month.

The concentration of carbon dioxide (CO2) in the atmosphere has reached an all-time high as measured at a longtime observation station in Hawaii.

Several reports, including the Scripps Institution of Oceanography, revealed that CO2 measured at an historic 401.31 parts per million (ppm) at the Mauna Loa Observatory on the island of Hawaii. The greenhouse gas measurement was an average for April and is the highest ever recorded by the station.

An article on the website of the Scripps Institution of Oceanography at University of California-San Diego said the measurements at Mauna Loa have been recorded since 1958. The first data observed greenhouse gases at about 315 ppm 60 years ago, according to the report.

Many scientific observers blame the rise in CO2 on the burning of fossil fuels, including in power generation. The U.S. Environmental Protection Agency (EPA) says that 28.4 percent of 2016 greenhouse gas emissions nationwide are generated from electricity production, while transportation accounted for nearly 29 percent and industrial activities 22 percent.

Most environmental authorities, including the latest EPA report on accumulated greenhouse gases, say the gases contribute to climate change both directly and indirectly. The latest data from 2016 indicates that total gross U.S. greenhouse gas emissions totaled more than 6.5 million metric tons, a decrease of 1.9 percent from the previous year but a rise of 2.4 percent over the previous 16 years, according to the EPA.

Global greenhouse gas emissions from fossil fuels have grown from about 700 million metric tons in 1900 to more than 10,000 million metric tons. NASA’s Goddard Institute for Space Studies reported that the world’s average temperature has jumped 1.4 degrees Fahrenheit (0.8 C) since 1880, with two-thirds of that upward heating trend happening in the past four decades.

U.S. power utilities such as Duke Energy and Exelon Corp. have announced sustainability plans to seeks to reduce their carbon footprint both through clean energy projects and efficiency programs.

The EPA under President Trump last year, however, put a stop on implementation of the Clean Power Plan, an Obama-era edict that would have pushed the power generation sector to cut CO2 emissions 32 percent below 2005 levels by 2030.

Sheikh Mohammed bin Rashid Al Maktoum, vice president and prime minister of the United Arab Emirates and ruler of Dubai, inaugurated the 200 MW first stage of the 800 MW third phase of a solar park that bears his name. 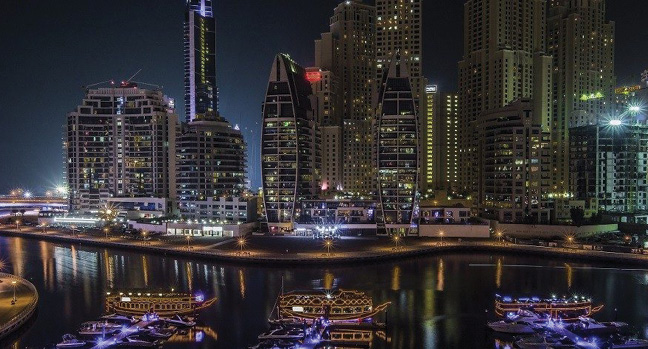 The third phase is being implemented in partnership with a consortium led by Abu Dhabi Future Energy Co. (Masdar) and àƒâ€°lectricitàƒ© de France Group. The second and third stages of this phase, which have a capacity of 300 MW each, will be completed in 2019 and 2020, respectively.

HE Saeed Mohammed Al Tayer, managing director and CEO of DEWA, noted that the plant is the first in the Middle East and North Africa to use a single-axis solar tracking system, which increases energy efficiency by 20-30 percent. It uses more than 800,000 self-cleaning solar cells that maintain a high-performance level. The project provides over 60,000 residences with clean energy, reducing over 270,000 tonnes of carbon emissions annually. It was implemented with over 2.4 million accident-free man-hours.

Al Tayer noted that the project has increased the share of clean energy to 4 percent of Dubai’s total installed capacity. Capacity of the photovoltaic and concentrated solar power IPP–based projects currently under construction is 1,500 MW.

National Grid UK has completed the first of its pylons for a new 400-kV transmission line that will connect electricity flow between the UK and Continental Europe.

The nearly 12.5 mile line between Richborough and Canterbury ultimately will connect into the NemoLink electricity link near Bruges in Belgium to the UK. The interconnector will allow the UK to import electricity as a supplement to its power generation needs.

The first pylon was built at the junction of Broad Oak Road and Vauxhall Road just outside Canterbury. Engineers from Murphy Ethel Joint Venture, used more than 5,000 steel parts and 66 bags of bolts to construct it with the aid of a 165-ton crane. The pylon stands 155 feet tall and weighs just over 27.5 tons. 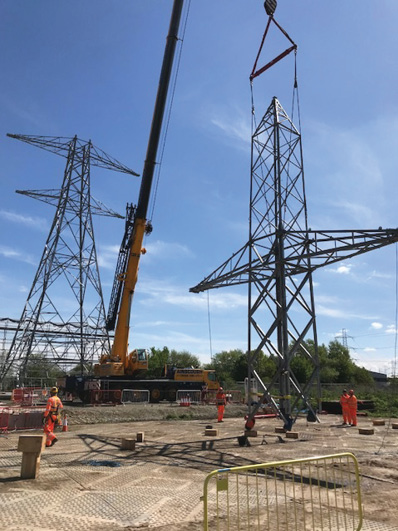 “This is the first step in what is a significant project for Kent and for the UK as a whole,” Graham Dolamore, National Grid project director, said in a statement. “This is the first major new power line to be built in the county since the UK electricity transmission system was built in 1961 and it will play a vital role in helping us supply the electricity needed by homes across the county, the region and beyond.”

Some existing lower-voltage overhead lines will be diverted due to the work, but power will not be interrupted to current supplies for local customers, he added. The pylon work is the first of 60 that will support the line.

In addition to the new line, construction is also taking place at Canterbury North substation and Richborough substation, to install new equipment, upgrade the existing technology and extend the substation buildings, ready for the new connection.