The 700-mile Plains & Eastern Clean Line that will transmit more than 3,500 MW of wind power from the Oklahoma Panhandle to Arkansas, Tennessee and other states in the Mid-South and Southeast has inked construction deals with businesses in states through which the transmission line will be built.

For the line’s tubular steel pole structures, Power is working closely with Claremore, Oklahoma,-based Pelco Structural LLC. Founded in 2005 by Phil Albert and Phil Parduhn, the custom steel pole design and manufacturing company has shipped more than $175 million of products in 44 states and Canada. At this stage, Pelco and Power are working to refine initial designs of the tubular steel poles to be used in the construction of the Plains & Eastern Clean Line. Clean Line’s potential supply order for Pelco poles could top $300 million, depending on commodity prices and the number of structures purchased.

Pelco’s proximity to the Tulsa Port of Catoosa and the availability of galvanizing services in northeastern Oklahoma made it a logical choice as one of the Plains & Eastern Clean Line’s preferred suppliers. Clean Line also recognized the value in manufacturing custom products to match the construction timeline of the Plains & Eastern Clean Line-specific structures must be manufactured in a particular order to maximize efficiency and meet targeted deadlines.

Pelco, which employs some 200 people, uses a custom manufacturing footprint and offers engineering design, manufacturing and logistics solutions from its 293,000-square-foot facility.

The company’s business model is project-based and specific to customers’ needs with a focus on design-sensitive, delivery-critical projects.

Clean Line has formed strategic alliances with other companies for the Plains & Eastern Clean Line, as well, including Fluor Corp. and General Cable.

A memorandum of understanding (MOU) designates Fluor Corp. to provide development support and engineering, procurement and construction services (EPC) for the Plains & Eastern Clean Line. Fluor and its subcontractor Pike Electric Corp. will provide initial permitting and EPC development support services for the transmission line. According to the MOU, after the project has received all permits and regulatory and financial approvals, Fluor and Pike will provide the full EPC services for the line.

Another MOU with General Cable contracts an estimated $100 million order for high-voltage conductor cable based on current commodity prices. The order would keep the current 152 associates at the Malvern, Arkansas, plant busy nearly two years.

“Our facility and our associates in Malvern can take pride in knowing that the product they make will, in part, stay right in their state of Arkansas for this Clean Line project-improving the infrastructure of their state and strengthening its economy,” Lampert said. 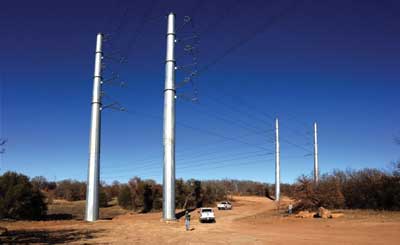 The total development and construction cost of the Plains & Eastern Clean Line is an estimated $2 billion. Renewable energy generators and utilities that purchase transmission capacity on the line will pay for usage of the Plains and Eastern Clean Line. The line is expected to generate more than 5,000 construction jobs and more than 500 direct jobs to maintain and operate the wind farms and transmission line. 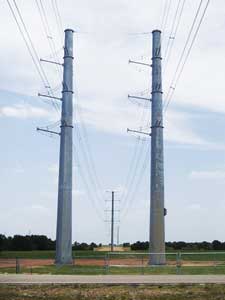 The project will make possible more than $7 billion of new renewable energy investments that will increase demand for wind turbines and components and likely create business opportunities throughout the wind energy supply chain. The Plains & Eastern Clean Line also will result in a significant increase in property tax revenues, landowner payments and direct economic benefit to rural communities.

Electricity delivered by the Plains & Eastern Clean Line will provide enough energy to power more than 1 million homes per year in the Mid-South and southeastern United States.

As it stands, the Plains & Eastern Clean Line is undergoing a federal environmental review under the National Environmental Policy Act led by the Department of Energy (DOE) in coordination with the Southwestern Power Administration. Clean Line anticipates that an applicant proposed route and alternative routes will be published in the fourth quarter of 2014, concurrent with the release of the Draft Environmental Impact Statement (DEIS). As of press time, that had not occurred. The DOE will hold public meetings after the DEIS release and solicit public comments. The DOE is expected to identify a preferred route for the project in 2015 with the release of the Final Environmental Impact Statement.

The Plains & Eastern Lean Line is expected to achieve commercial operation as early as 2018.

The contribution to the project by engineering firm Terracon was straightforward: Conduct wetland and best management practice (BMP) evaluations of the transmission line in August 2014 before construction activities. The job included walking the right of way where the proposed construction activity would occur and taking notes along the way.

Next, the crews developed areas where BMPs would be required and estimated quantities of BMPs for the project. The site visit took each team several days to complete.

Pre-construction evaluations became increasingly beneficial as the crews compiled vast amounts of valuable information. The benefits of pre-construction planning include:

“The work was beneficial from both a compliance standpoint with the Corps of Engineers, as well as from a storm water pollution prevention plan maintenance standpoint,” said Tommy Vannoy, project manager at AEP-PSO.

Construction on the project will begin in January 2015. Additional benefits of effective planning will unveil themselves as the construction portion of the project develops. The rebuilt line is expected to be complete by the end of 2015.

Garrett Steinbrook is an environmental scientist for Terracon Consultants Inc. in Tulsa, Oklahoma. His background includes environmental compliance, environmental assessments, and oil and gas due diligence. Reach him at wgsteinbrook@terracon.com.