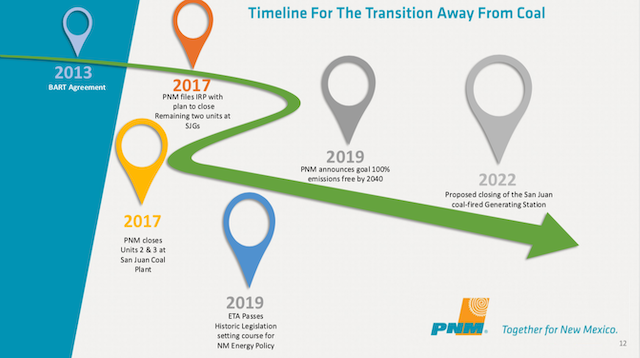 On July 1, Public Service of New Mexico filed a plan with regulators in the state for how it plans to get to a 100 percent emission-free power by 2040. The utility reviewed four scenarios, all of which involved the early retirement of the San Juan Coal Plant, to arrive at its recommended path forward.

Each scenario was modeled for both reliability and cost. They are outlined in the infographic below. 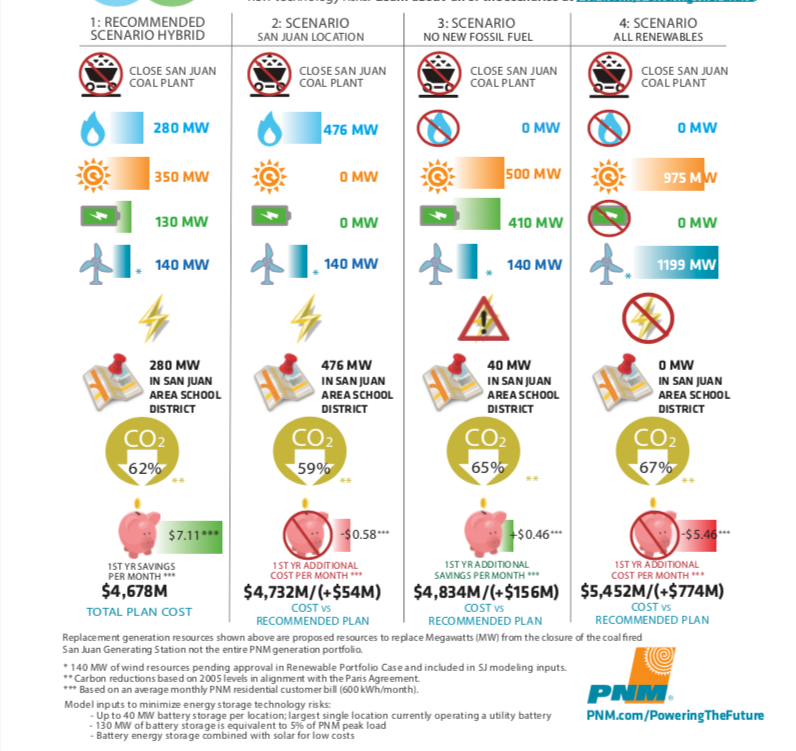 The utility considered four possible scenarios for how it could most effectively meet the directive of the Energy Transition Act, which was announced on March 25. The act requires the state to get 100 percent of its energy from renewable sources by 2045.

The system PMN recommends involves using the energy from a 280-MW gas-fired power plant, plus 350 MW of solar capacity, 130 MW of battery storage and 140 MW of wind power (which already exists). The battery storage will represent 5 percent of the total capacity of the system, which is the highest percent penetration in the nation, according to PNM.

PNM says its plan will save customers on average $7.11 per month in the first year.

While some may question the decision to build new gas-fired power when the ultimate goal is to be 100 percent renewable, Ron Darnell, Senior Vice President, Public Policy, PNM explained in a press call that the utility views the gas plant as a bridge during which time it expects battery costs to go down and battery technology risks to improve. The expected life of the gas-fired power plant is 18 yeas.

Darnell said the wind and solar prices are incredibly low, a $17 and $19 per megawatt-hour, respectively.

“Things that we thought were impossible years ago, are now possible,” he said.

The filing also includes resources to assist employees and the communities affected by the closure of the San Juan Generating Station, including more than $10M allocated for severance for affected employees and more than $1M to re-train workers.