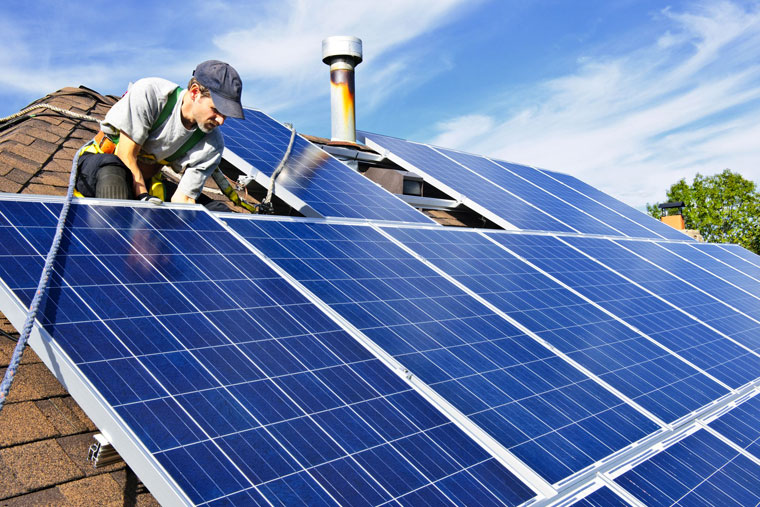 More than half of global utility executives believe that distributed generation resources such as solar panels will cause revenue destruction to their companies, yet not nearly as many are moving aggressively to respond to that challenge, according to Accenture‘s latest Digitally Enabled Grid Survey.

Utilities worldwide face imperatives to shape new revenues even while reframing regulatory arguments and also dealing with greater cybersecurity dangers in the ever-connected world. Yet distributed generation-such as rooftop solar-is tearing into the business model first and foremost.

Those who embrace distributed generation can turn the threat into an opportunity, but the threat is not going away, Stephanie Jamison, Accenture’s managing director of transmission and distribution, noted during her presentation at the company’s annual International Utilities and Energy Conference in Miami.

“Smart distributed generation interconnection is a low-cost solution to one of your most crucial problems,” she said to utility executives and market developers from more than a dozen nations in Miami. “Timing is of the essence”Shape the future, start now.”

Indeed, the cost of solar photovoltaic for a U.S. resident has been cut in half since 2010, from $6 per watt to $3, according to the report. Fifty-seven percent of customers are considering investing in becoming power self-sufficient, while more than 300 GW of solar PV capacity already is deployed globally.

Yet no North American utilities reported having a forecast of potential DG hosting capacity on their networks. Only one-third of European utilities had made that forecast, according to the Accenture report.

Fifty-four percent of utility executives surveyed said they likely will reach their limits of DG hosting capacity within the next 10 years, while 5 percent have already met or passed it, the report shows. Forty-one percent expect it will take 15 years or more to exceed that threshold.

Accenture’s Digitally Enabled Grid has queried more than 300 utility executives from more than 20 nations over the past four years. The scenarios presented include future impacts of not only distributed generation but also energy efficiency and storage on the grid.

Eighty-four percent of those surveyed said that regulation needs to reframed toward new tariff and pricing models, while 7 percent already have that new operating rules in place. Two-thirds expect their companies to evolve into distributed energy resource integrators and DER services firms.