Xcel Energy remains the number one utility provider of wind energy in the U.S., according to a newly released report from the American Wind Energy Association (AWEA). This is the ninth consecutive year that Xcel Energy has led the nation in providing wind energy to its customers.

At the end of 2012, Xcel Energy had nearly 4,900 MW of wind energy generating capacity on its system. Wind power currently represents about 12 percent of the energy the company supplies to its customers. 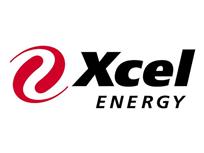 Because wind by its nature is an intermittent resource — it is available only when the wind blows — the cost of integrating each megawatt hour of wind energy is greater for utilities with higher levels of wind generation. As the nation’s number one wind provider, Xcel Energy is also a leader in technology and operating practices that help manage the cost of wind integration.

Since implementing an advanced wind forecasting system in 2009, the company has saved customers about $22 million in fuel costs and set multiple records for the amount of wind energy on its system. On April 15, 2012, Xcel Energy set a national record by serving nearly 57 percent of its electricity load in Colorado during one early morning hour with wind energy.

The company recently issued three requests for proposals seeking additional low-cost wind power in the Upper Midwest, Colorado, Texas and New Mexico. Winning bidders will be announced by early summer. “We will continue to pursue additional wind energy where it makes sense for our customers,” Fowke said.

Xcel Energy (XEL) is a public utility holding company headquartered in Minneapolis, Minnesota. The company serves 3.4 million electric customers and 1.8 million gas customers in eight states in the Midwest and Southwest, including Minnesota, Colorado and Texas.