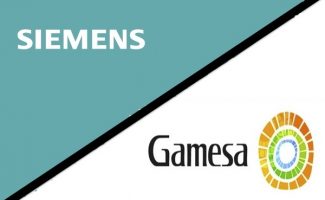 Ignacio Martàƒ­n, former executive chairman of Gamesa, will continue as CEO of the combined company for the transition phase before he will hand over to the next management generation.

In the board meeting, Andrew Hall, formerly CFO of Siemens Wind Power, has been appointed the CFO of the merged company. Xabier Etxeberria, formerly business CEO at Gamesa, will head its Onshore business, Markus Tacke, previously CEO of Siemens Wind Power, will head the united company’s offshore business, and Mark Albenze, who was the CEO of wind service at Siemens Wind Power, will head the combined service business. David Mesonero will be the chief integration officer in addition to his current responsibilities as head of corporate development. Rosa Garcia, CEO for Siemens in Spain, has been appointed non-executive chairwoman of the board.

“Siemens Gamesa Renewable Energy’s future could not be in better hands, as it is equipped with a top-notch executive team and workforce which will shape the renewable energy industry of tomorrow. My responsibility during this next stage is to ensure the success of the natural succession process”, said Martàƒ­n.

“It is a privilege to preside the company’s board of directors. I am convinced that we have the vision and talent necessary to successfully address the market and customer needs”, said Rosa Garcàƒ­a, the combined company’s non-executive chairwoman.

The members of the board of directors also confirmed the new company brand reflecting the joint strengths of the united company, and agreed on the new company name – Siemens Gamesa Renewable Energy – to be submitted for approval at the Annual General Shareholders Meeting taking place in June. Until then, the company will use the new brand but will continue to operate under the legal entity name Gamesa Corporaciàƒ³n Tecnolàƒ³gica.

In total, the merged company has close to 27,000 employees. Products and technology are installed in more than 90 countries. The united company has a global installed capacity of 75 GW.

The registration of the merger in the Mercantile Registry of Biscay took place on April 3, 2017.