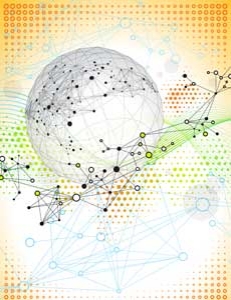 The globally intensifying smart grid rollout calls on utilities to operate differently, but distribution engineering is undergoing the most significant transformation. Instead of receiving power from a few large-scale generators or the transmission grid, the smart grid envisions power flowing in different directions.

It’s a change in topology, and it’s up to distribution engineers to ensure a utility’s service continues to operate optimally and power quality is not negatively impacted. Lessons learned around the world are driving technology and standards development to ease the transition smart grid is bringing about, particularly in interconnecting renewables and their impact on power quality.

Clean-energy initiatives have taken root around the world, and many are backed by penalties for utilities that fail to increase the share of power they derive from renewable sources by a given increment and year.

The states regulate electricity retail and distribution in the United States, and California in April passed a law requiring that state’s energy providers get 33 percent of their power from renewable sources by 2020.

U.S. Energy Secretary Steven Chu said the California legislation could serve as a model for other states. President Barack Obama in January’s State of the Union called on the U.S. to achieve 80 percent clean-energy generation by 2035, and the White House in March released its “Blueprint for a Secure Energy Future,” calling for a clean-energy standard (CES).

A CES, according to the blueprint, would “provide the signal investors need to move billions of dollars of capital off of the sidelines and into the clean energy economy, creating jobs across the country and reducing air pollution and greenhouse gas emissions.”

Renewable technologies vary in prevalence across global markets. China is pioneering in deployment of wind-generation technologies, and the northern African nations would like to follow in hopes of leveraging the local desert landscape as a source of export dollars. Germany and Spain are among the world’s leaders in solar activity. Japan is pursuing photovoltaics.

Within utilities, it is probably distribution engineers for whom these activities portend the most pain and departure from their long-established comfort zones. Still largely unfamiliar with and highly resistant to multiple distributed generators’ connecting to and impacting their systems, distribution engineers must ensure that increased reliance on renewables doesn’t negatively impact the power quality delivered by their utilities.

The distribution engineers’ jitters are understandable. Case studies around the world show renewables have had a severe, adverse impact on power quality and people’s enjoyment of electricity.

Market to market around the world, there are voltage bands of varying strictness within which utilities are confined to deliver power.

In some instances, renewables initially wreaked havoc on utilities’ ability to stay within those allowable windows.

Where the wind blows ferociously, such as northern Scotland, there have been extreme deviations in voltages for utilities that source a significant percentage of power from wind generators without introduction of adequate measures for compensation.

The wind gusts to very high levels, and lights go up very high, sometimes out of the allowable ranges and turbines must be shut down. Or the wind stills and voltages sink very low. One or two turbines on the grid can have an adverse impact on the power quality delivered by utilities in such areas.

More unpredictability exists in solar power. As clouds roll in, the power supplied to utilities from solar generators can plunge 10 percent per second. Compare this to nuclear-based generators, where power might drop a few percent per 5 minutes, and it might take three days for a plant to cycle between off and on.

Intermittency is the primary challenge in integrating renewables in large scale with the grid. We do not know when the sun will shine or the wind will blow; the sources are naturally dynamic. Unless the renewable energy can be stored better to buffer that dynamic effect, only limited grid penetration can be allowed if power quality and grid stability are to be ensured and compliance with grid codes is to be maintained.

Power electronics that sit between wind plants and transmission systems make the renewable look and behave more like a synchronous generator.

And storage management systems, meanwhile, allow megawatt-hours of energy generated off peak to be stored for dispatch during peak usage.

Standards are evolving, too, to address the challenges.

IEEE 1547 has been adopted by 80 percent of the public utility commissions in the U.S., and the U.S. Energy Policy Act of 2005 called out the standard for interconnection services. The U.S. National Institute of Standards and Technology (NIST) named IEEE 1547 one of the foundational standards for smart grid deployment.

Released in 2003, IEEE 1547 in 2010 was reaffirmed for five more years by IEEE. Refinement of the standard continues.

For example, developers are weighing German data because the voltage bands and frequency windows within which products must operate are not as tight as the allowable parameters in the United States.

Plus, IEEE 1547 has been extended to a family of standards that are setting up a framework that compensates for the control capabilities that would be lost in a utility’s shift from large-scale generation plants to smaller, distributed generators of renewable sources.

Energy storage, hybrid generation storage systems, intermittent renewables, inverters and plug-in electric vehicles, for example, are the focus of IEEE P1547.8. This extension of the base standard is scheduled for ratification in 2012.

The necessity of maintaining power quality is one of the primary challenges utilities face in shifting to more reliance on renewables in the smart grid. Interconnection requirements vary by jurisdiction and are likely to change, complicating matters.

A well-defined environment in which engineers understand what is required for connecting distributed sources to the grid will help drive renewables’ acceptance.

Meanwhile, technology and standards are evolving quickly, too, to help utilities execute the operational changes.

Wanda K. Reder is chairwoman of IEEE Smart Grid and immediate past president for IEEE Power & Energy Society (PES). She has served on the IEEE PES governing board since 2002. Reder is also a member of U.S. Energy Secretary Steven Chu’s Electricity Advisory Committee and vice president of the Power Systems Services Division at S&C Electric Co.

Stephen Williams is an IEEE PES member and senior engineer in the Power Systems Services Division at S&C Electric Co.