By Teresa Hansen, Editor in Chief

Solar power is rising quickly and isn’t likely to fade for a while. Decreasing prices of photovoltaic (PV) technology and energy storage, some states’ aggressive renewable portfolio standards, tax incentives, the Clean Power Plan and customers’ desire for clean energy sources are fueling solar power’s growth. Several utilities in the southwestern U.S., California, Hawaii and a few states along the East Coast have experienced substantial solar PV growth. In most states, however, its growth is still slow to nonexistent.

“For some utilities, this (integrating large amounts of solar PV) is an urgent matter, but for most it’s just now time to start thinking about it,” said Julia Hamm, president and CEO of Solar Electric Power Association (SEPA) during the Solar Growth Engine session at the 2015 Edison Electric Institute’s (EEI’s) Annual Convention in June. 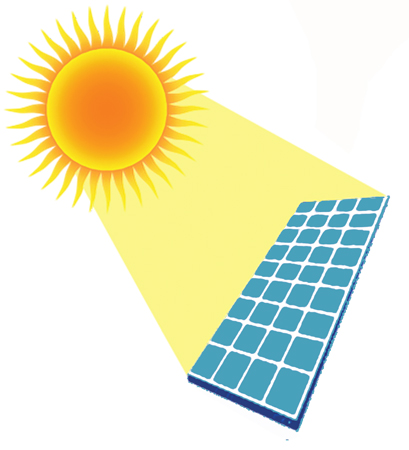 “Technology curves are coming down so rapidly that the future is here today,” Constance Lau, Hawaiian Electric Industries’ president and CEO, said during the same EEI session. “On some islands, payback for rooftop solar is three to four years.”

Some 50 U.S. utilities each connected more than 25 solar installations per month in 2014, according to SEPA. These numbers have increased in 2015.

Table 1 lists the four types of solar PV deployment arrangements common in North America. While residential solar installations are the most widely touted, these systems make up only a small portion (20 percent) of the 20 GW in U.S. generation capacity, according to the Solar Energy Industries Association (SEIA). Utility-scale solar installations make up the largest portion at about 60 percent.

“There is a lot of noise and talk around distributed solar (rooftop), but the bulk of the PV is still utility scale,” James Hughes, CEO of First Solar, a global solar energy solutions company with more than 10 GW of installed capacity worldwide, said during the EEI session. “It’s cost, cost, cost that triggers demand and puts us above our competitors. It’s always cost.”

Expiration of the investment tax credit at utility-scale is irrelevant because utility scale solar installation costs will continue to drop, Hughes said.

“We are down to around six cents per kilowatt hour and expect to get down to the three-cent range from utility scale PV,” he said. “And, there is no risk of fuel price volatility like with natural gas.”

Environmental concerns are driving some of the increase in PV uptake, however, economics is the driver at utility scale, Hughes said.

The Brattle Group study cited three reasons for the cost discrepancy: a) lower total plant costs per installed kilowatt for larger facilities; b) greater solar electric output from the same PV capacity due to optimized panel orientation and tracking; and c) other economies of scale and efficiencies associated with utility-scale installations.

Another advantage of utility-scale, as well as community-scale solar, is that it gives customers a choice for clean energy, Hughes said.

“About 75 percent of residential customers aren’t eligible for rooftop solar, but many still want clean energy and you (the energy provider) better give it to them.” he said. “Community solar is a way to do that.”

Solar energy’s growth is expected to continue for several years and its cost should continue to decline. Most experts, including those who participated in EEI’s Solar Growth Engine session, believe a number of electricity consumers also will become electricity providers, whether through community or rooftop PV systems.

This shift is a dramatic change for not only traditional utilities, but also for regulators who are challenged to keep up with customers’ wants and expectations.

“Innovators are changing customer offerings faster than the regulators can and do change,” Hawaiian Electric Industries’ Lau said.

The innovators Lau spoke about will continue to push regulators, customers, utilities and technology providers to adjust as solar becomes a bigger part of the generation mix.

Solar will be a dominant theme at EEI’s annual conventions for at least the next five years, Hughes predicted.