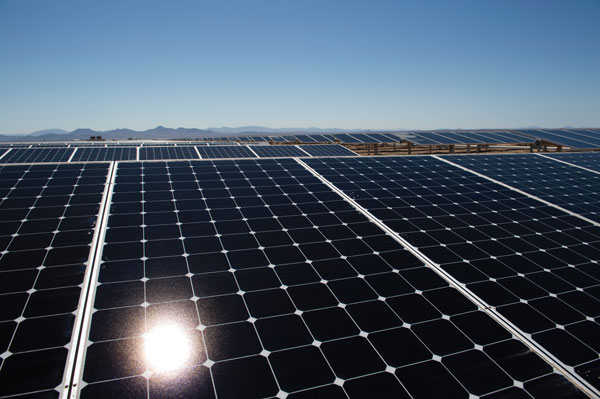 SunPower supplied a total of 41 MW of its solar panels to La Compagnie du Vent for the construction of four solar power plants under the French Ministry of Ecology, Sustainable Development and Energy national tender program. All four solar plants are located in France and are now operational. The high efficiency SunPower solar panels are manufactured at SunPower’s facility in Toulouse, France.

The Roc du Doun solar power plant is expected to generate about 16,800,000 kWh of energy each year, which may serve the electricity demand of an estimated 7,000 persons in the region, according to La Compagnie du Vent.

The first of the four recent La Compagnie du Vent projects for which SunPower supplied panels was the 12 MW Langele solar power plant, which is located in France’s Aquitaine Region and was dedicated in late 2014.

The other projects included a 12 MW project in the Auvergne region and a 5 MW project in the Provence-Alpes-Cote d’Azur region. In 2012, SunPower also worked with La Compagnie du Vent to deliver the 4 MW Porette de Nerone solar plant in Aghione, Corsica.

In June, SunPower announced that solar panels manufactured at the company’s facilities in De Vernejoul and Toulouse, France are Cradle to Cradle Certifiedà¢â€ž- Silver. SunPower is the only solar panel manufacturer in the world to achieve this designation, which demonstrates a product’s quality based on rankings in five categories: material health, material reutilization, renewable energy use, water stewardship, and social fairness. Today, 75 percent of SunPower’s solar panels carry the Cradle to Cradle Certified mark.