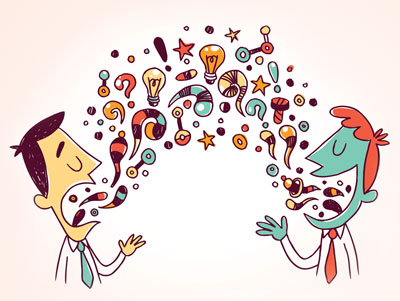 When the conversation turns to smart grid or grid modernization, typically people discuss the ability to install more distributed resources, work with customers or improve distribution or transmission. Seldom does the conversation revolve around traditional generation that has powered the grid for more than a century.

In some cases it seems like the goal of grid modernization is to do away with traditional generation—or it is just being ignored.

In most cases the lack of discussion about generation is simply that most people don’t think about that portion of the business. In many utilities that have integrated systems, the generation people spend little time talking to the distribution people. This means that some of the possible impacts—positive and negative—are not discussed until the discussion gets to senior executives who oversee all of the business. In many cases, it means companies don’t think through the whole value of grid modernization and don’t consider the actual costs and benefits to the whole business. The Michigan and Illinois collaboratives worked hard to do this, and both reports are excellent reading.

On the positive side for generation are benefits that can result in better earnings for a generation unit and better operations and maintenance planning:

1. Use of dynamic rating for transmission and subtransmission lines. On those hot summer days when lines typically are derated by formula, many generation facilities are forced to throttle back just when the market clearing price increases. It also can force the purchase of energy or demand response from another entity to fulfill a contract. With dynamic rating of the lines’ using nonintrusive sensors such as sagometers, the lines can be rated more accurately, and in almost every case, the very conservative derating that is done is replaced with dynamic rating that allows much more energy flow. This is good for transmission and generation: transmission from a cash flow situation and maintenance, and generation from a cash flow situation.

2. In Florida, direct load control at the residential level has been around for decades. They have used it repeatedly to deal with a plant’s tripping offline to avoid rolling or complete blackouts. This matching of low latency demand response with generation offers a way to help deal with loss of generation. In the spring and fall, that can mean more plants can be in maintenance at once, allowing for unusual weather changes or dealing with availabilities that overrun deadlines. This adds flexibility to plant maintenance, staffing, spot market power purchases to fulfill obligations and the amount of peaking generation that is required to support a market. All of this can benefit bottom line of generation.

3. How much power is required at 1515 tomorrow? In most cases, 15-minute day-ahead forecasts can be off between 5 and 15 percent. Yes, on average the forecast is within a percentage or two, but specific intervals are typically off by much more than that. With additional data from grid modernization, it is possible to close the gap between forecast and actual demand. This means that the right number and amount of resources are available for the interval in question. For generation that power purchases, day-ahead bidding, staff scheduling, fuel schedules and production plans can all be more accurate. In summer periods when cooling water temperatures can be an issue, better planning can be done on daily production to stay within the cooling water limits, in some cases avoiding costly alternatives to reducing cooling water temperatures.

4. Grid modernization calls for the investment in storage. Storage will make the grid more friendly to baseload, allowing excess off-peak generation to be stored close to the customers who will need it at peak times. Storage offers a ying and a yang; it will reduce to some extent the need for peak energy, reducing the market clearing price, but it will increase the need for off-peak power, increasing the off-peak prices. Depending on the market, this might be very good or bad for a generation unit’s bottom line. What it will do that is very good is reducing the throttle chasing that goes on with trying to firm up renewables on the grid. This reduction means wear and tear on the plant is reduced, and with it potential maintenance issues.

5. Ramping plants quickly has a tendency to change plant emissions more than energy output. This change in emissions can be moderated with slower ramping of a plant. With storage and forecasting, it should be possible for a wise operator to reduce the ramp rate and still meet the requirement for energy while reducing emissions.

6. Time-of-use pricing and other load curve-smoothing devices possible with interval metering will mean the overall load curve will be moderated. This means the peaks might be smaller, but it also means off peaks will be higher. This should reduce the market clearing price during peak hours and increase the price during off-peak hours. The good news for generation is that there are far more off-peak hours in a year than there are on-peak hours, so on average, most generation should do better for an average annual price per megawatt-hour.

7. With the overall better understanding that will come from grid modernization by customers, expect cogeneration to become a big issue. Not just for manufacturing, but for agriculture, too. Most greenhouses burn natural gas not just for heat, but also for carbon dioxide. Using the cooling water from power plants and the stack gases after they have been scrubbed offers a way to increase the value of existing waste products. Look for more industrial plants to look for land close to natural gas power plants, and look for contracts from them for electricity and heat, as well. The microgrid concept might cause some migration of industrial facilities as they cluster closer to power plants and want to form microgrids around the plant.

There are downsides to grid modernization, as well. Here are some impacts that could be negative for traditional generation:

2. Ancillary service levels have been set based on the ability of the market to forecast and recover from plant outages. Ancillary service levels might not need to be as high once there are better forecasting tools that provide more accurate forecasts. As generation units get smaller (e.g., 300-MW combined-cycle units’ replacing 1,000-MW coal-fired units), the impact of the loss of a single unit might fall, as well. If the nuclear industry really takes off and builds 60 to 80 replacement plants in the 2,000-MW range, however, plant outage might become the larger driver for ancillary services.

4. Grid modernization will allow the reduction in ancillary services, increase the amount of demand response and renewables, and the net result will be that the system will operate much closer to the edge of stability. Cloud transients, plant outages, unexpected changes in demand and less than expected demand response all can mean that the grid tips over that edge to instability. Instability in the grid has negative impacts on traditional generation that go far beyond just that the power could not be delivered.

5. Grid modernization also means that the asset owners of distribution and transmission will manage their maintenance and replacement programs using risk analysis to determine when they must replace assets, in most cases extending the life of the assets beyond what is typical even today. On average, the grid will be more reliable in specific instances, but specific pieces of equipment might have a higher failure risk. Given the smaller market for replacement equipment and the lower demand for replacement units, replacement stocks and vendors might decrease, increasing the amount of time to replace a failed transformer or other item in the grid. This might mean longer outages for generation plants that are the only users of a spur off the transmission system. Utilities will continue to maintain a prudent supply of equipment and the likelihood is small, but there exists that long-term tendency of the regulatory bodies to try to minimize the cost of electricity. Lower replacement rates could lead to the regulatory bodies’ deciding that inventories are too high to justify in a decade or more.

6. Given the push to brand electrons as green, gray, blue, black and other colors (e.g., renewable, natural gas, hydro, coal, etc.), there might be a time when the market demands only electrons of specific colors. This might lead to even more throttling up and down of traditional generation plants and even more wear and tear on those plants. This trend started in parts of Europe and has been discussed in Ontario and California but does not seem to have taken off nationally yet. This stratification of generation might leave the grid more dysfunctional than it was during Enron’s tenure in California. Only the regulators can decide how this issue will play out, and it will require the end customers to buy into the idea. Of all the grid modernization issues, this one has the greatest chance to make hash out of stable operation of the grid.

The long-term impact is unknown in two areas:

1. Off-grid living. Increasing numbers of homes are being built off the grid. In the U.S. during 2011, there were roughly 722,000 off-the-grid homes. Many are hunting cabins and other seasonal locations, but increasing numbers are year-round homes. Take the trip into the Santa Cruz Mountains in California, and most new homes are being built off the grid. Reasons range from being green to the cost of connecting, but with a wide range of 24-volt DC appliances available, building off the grid is less of an issue or imposition on lifestyle. How this plays out long term is unknown.

2. Mobile storage. Not electric vehicle storage, but battery ships, barges and trains can move Gigawatt-hours of energy from one location to another without a transmission grid between the generation source and the consumption source. They are not viable today, but in 20 to 40 years they might be, and that is within the typical planning horizon for a new major capital asset such as a power plant. This might be good or bad for traditional generation, depending on many factors.

Which ones have an impact on which generation units and how large is that impact? That only can be determined by looking at local market conditions and the constraints for that specific generation unit and geographic location.

Knowing which impacts exist helps make modeling the future for a plant easier. Easier does not mean easy, only fewer unknowns. With the retirement announcements for more than 31,000 MW of coal-fired generation during the next few years, the need to plan and analyze is greater than any time of the past 50 years.

Grid modernization is critical to the future of the industry. How generation fits into that picture is something that’s not addressed often enough.

Doug Houseman is vice president of technology and innovations at EnerNex. He is one of 30 people in the global utility and energy industry named to the World Generation Class of 2007. He was the lead investigator on one of the largest studies on the future of distribution companies, and for the past five years he has been working with more than 100 utilities and manufacturers, 50 governments, five international agencies and nongovernmental organizations. Reach him at doug@enernex.com.