How Grid Operators are Positioned to Benefit From Multiple Battery Uses

That is all about to change now that the Federal Energy Regulatory Commission (FERC) on February 15 approved an historic Order—No. 841. This order affects grid operators who manage the generation and transmission of about two-thirds of U.S. electricity. It directs regional transmission organizations (RTOs) and independent system operators (ISOs) to develop and implement market rules for energy storage to participate in the wholesale energy, capacity and ancillary services markets, and to recognize the physical and performance characteristics of the resource. This decision will create significant growth in utility energy storage projects in the coming years. 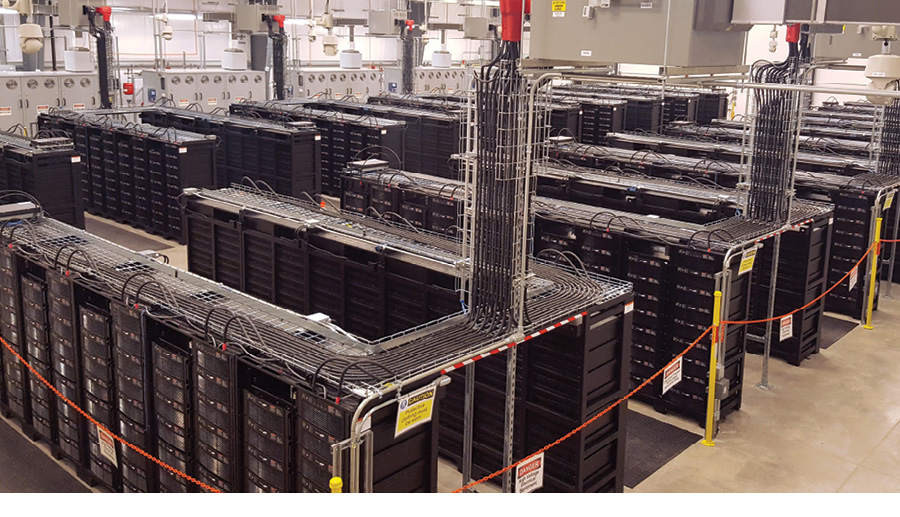 As is often the case, regulatory and policy frameworks do not always keep pace with technological progress—though FERC Order No. 841 is a huge step in the right direction. FERC’s new rule will expand the scope of energy storage’s participation beyond frequency regulation and into larger ancillary services and wholesale energy and capacity markets. Its impact will be felt across all ISOs, not just the handful such as PJM and in California that have taken the early lead.

A recent Morgan Stanley report on energy storage market growth reveals that utilities are expected to drive most of the sales. Unlike merchant developers, utilities are positioned to pay for multiple uses of batteries for the grid—integrate intermittent renewables, defer transmission upgrades and more—that improve economics. This “multi-mode” capability of energy storage, which in part led FERC to open the market and level the playing field, requires intelligent software to maximize its potential.

Six states now have energy storage mandates in place, with three (Massachusetts, Nevada and New York) enacting theirs within the past year. Other states such as Hawaii, which has a goal to be 100 percent renewable by 2045, will not be far behind. In fact, in 2017, 21 states planned or had energy storage projects of at least 20 MW.

It’s important to note that although they capture the “Li-ion’s” share of headlines, utility energy storage is not just lithium-ion (Li-ion) batteries. Indeed, storage encompasses a variety of other chemical, mechanical and thermal technologies. Pumped-hydro facilities, for example, have been around for decades and still account for most domestic storage capacity. Commercial HVAC systems and water heaters use thermal energy storage to increase energy efficiency. In certain configurations, such resources can be aggregated for utility use to reduce peak demand.

In addition to the basic function of providing backup power, well-optimized energy storage systems have the potential to:

While basic energy storage management software (ESMS) was sufficiently capable in the industry’s early days, it is not adequate for today’s mission-critical, multi-use systems. To handle the variety of applications for which storage can be called upon by utilities, most grid-scale systems now use advanced ESMS platforms. The software optimizes system performance, extends battery life, supports more applications and plays a key role in integrating new technologies. 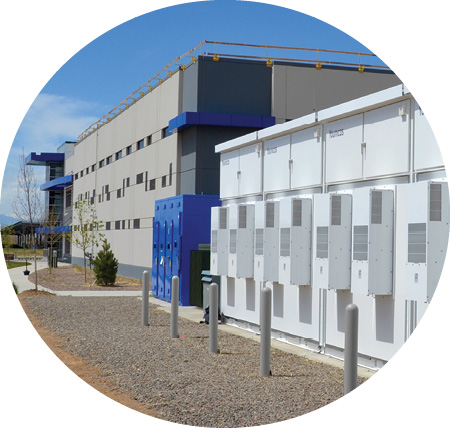 Properly designed intelligent ESMS helps ensure fast, accurate and dependable real-time operation at all times, taking into account system-wide performance dependencies over the lifetime of the asset. It constantly works to maximize operational efficiency and minimize total cost of ownership of the storage asset, preventing operations that may damage or prematurely degrade assets.

Intelligent software enables a storage system to handle a variety of services using a multi-mode priority stacking feature. The system operator determines which functions are most valuable and intelligent optimization sets up an automated control hierarchy to determine real-time operation according to grid conditions and market requirements. The software can be quickly and easily adapted as new applications emerge.

More advanced ESMS platforms offer technology neutrality, meaning they have flexibility to integrate new and multiple types of batteries, even within a single system. This hybrid functionality offers significant benefits, as different applications call for different chemistries and future battery innovations can easily be adopted.

The energy sector both in the U.S. and internationally is undergoing fundamental change by sweeping away established business models and creating new opportunities. While predicting the outcome of this ongoing disruption is notoriously difficult, it’s a safe bet that intelligent energy storage will be a key building block of Grid 2.0.

A major reason centers on the primary drivers of this transition. Three trends are driving the reshaping of the utility landscape: decarbonization, decentralization and digitalization. As the landscape evolves, charting a safe course requires understanding each of these three Ds, as well as how intelligent energy storage can help utilities adapt and thrive in this new environment.

Decarbonization is driven by a powerful combination of policy and market forces. Most of the world’s countries have committed to keeping global warming below 2 C, which implies a massive ramping up of clean energy technologies. We’re only at the beginning of the technology learning curve for wind and solar. Current trends indicate their costs will go down by at least 20 percent each time global deployments double. That means renewables will reach parity with most fossil fuels within years not decades.

According to a report from the Lloyd’s Register 2018 Technology Radar, China will be the first country to achieve grid parity (in 2022), followed by Spain and the United Arab Emirates two years later in 2024. That same year, Germany and the UK are expected to see grid parity for wind power, followed a year later by Denmark and the U.S. Moreover, the International Renewable Energy Agency’s (IRENA’s) recent report “Renewable Power Generation Costs in 2017″ predicts that clean energy sources will be cheaper than fossil fuels by 2020.

Decentralization is becoming the rule for clean technologies like wind and solar, which are distributed by their nature. Even larger installations, like offshore wind parks, are relatively spread out compared to conventional generation. While offshore wind will play its part, most clean energy will be generated on land, often near where the power is needed. This decentralized nature presents advantages and challenges. More distributed resources make for a more resilient system and enable small and large consumers to produce much of the electricity they need locally. Decentralized resources also, however, must be “synched” both with each other and to overall system demand.

Digitalization has an important role in keeping the decentralized energy system harmonized. Advanced energy management software and control algorithms will keep grids in balance and optimize deployment of various decentralized resources according to market needs. Such software will also allow customers to lower their energy costs by become partially self-sufficient. It will also give rise to completely new business models, even generating revenues that offset at least part of their cost. It is in large part thanks to smart software that the line between consumption and production can be blurred, enabling the creation of prosumers at all usage levels.

Where Batteries fit into this Equation

Where does energy storage enter into this? It seems clear that each of the three Ds presupposes smart storage. Wind and solar are cheap and clean, but as is well known they’re also intermittent, requiring storage to provide a balanced output.

Decentralization has many advantages, but will create both regional and temporal imbalances that cannot be met by expanding the grid alone. In fact, batteries are often already the more economical choice, allowing existing power line infrastructure to be used more effectively and deferring additional investment. Projects in Arizona, New York, and elsewhere are already proving the economics. In its report “Energy Storage for Transmission and Distribution Deferral” released in released in October 2017, Navigant forecasts global installed storage capacity for T&D deferral to grow from 332 MW to 14.3 GW by 2026.

The smartest software algorithms will not help control an electron if there is no place to store it. Indeed, all the emerging business models that are upending traditional markets hinge on controlling the increasingly cheap energy that is being digitally supplied by decarbonized, decentralized resources. Energy storage provides that control. | PGI

Jayesh Goyal is an execution-oriented leader with more than 20 years of experience in the clean energy and software industries. At Younicos, he served as chief commercial officer for a year and then became managing director after the company was acquired by Aggreko. Prior to joining Younicos, he was the global vice president of sales and marketing at AREVA Solar. He has also held management positions at AT&T, Lucent Technologies and Avaya. 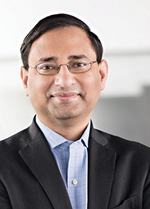