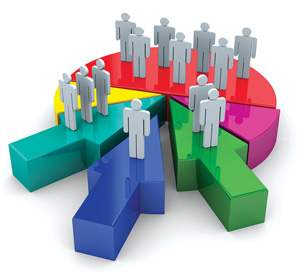 Electric power deal activity has been rebounding generally through 2013 and the first quarter of 2014 partly because of an effort to chase steady returns.

Several recent deals have occurred in which investors are seeking to double down on regulated assets with companies’ targeting traditional utilities or at least assets with long-term contracts and steady revenue streams.

Companies are still willing to take a view on merchant markets and engage in one-off deals, especially in Texas, California and PJM, but larger utility transactions have dominated the landscape most recently.

It will be interesting to see if the pace is sustainable, especially with the number of megadeals during the past 12 months.

Other large sales processes are pending, such as Duke’s announced sale of its Midwest generation assets and AES’s proposed sale of The Dayton Power and Light Co.

It is unlikely to see many more electric utility megadeals transactions in 2014.

There are only so many holding company-level mergers and large-scale acquisitions that make strategic sense and can pass regulatory scrutiny.

As with many large utility mergers or acquisitions, state utility commission approvals are key.

Utility mergers that cross several states can be more difficult to navigate, as Entergy and ITC experienced when they announced the termination of the spinoff of Entergy’s transmission system and merger with ITC at the end of 2013.

Despite receiving FERC approval, both Texas and Mississippi rejected the Entergy-ITC transaction. Keeping rates low, service reliability up and jobs and taxes within the state are important.

State regulators also are wary of having control over assets moved outside their jurisdictions.

Single-asset or smaller portfolio deals are continuing, although not at the pace in 2010 and 2011.

Many of these deals are for strategic reasons: being complementary to an existing generation fleet or competitive retail business, taking positions in certain markets, shedding unregulated or distressed assets, or timed exits for private equity investors.

The market has been particularly challenging for companies that are looking to sell assets in the Midwest and Southeast, where in some areas there is excess supply and limited opportunities for offtakers.

The fervor for renewable assets has dampened.

Investors, particularly in wind, seem concerned about whether the production tax credit (PTC) that expired at the end of 2013 will be extended.

The Senate Finance Committee in early April passed a two-year extension of the PTC as part of the tax extenders bill, which is headed to the full Senate for a vote.

This might help investors’ optimism on wind assets; however, uncertainty remains.

Solar has a better story. According to the “U.S. Solar Market Insight Report 2013” by the Solar Energy Industries Association (SEIA) and GTM Research, utility-scale solar installations in 2013 rose to nearly 2.3 GW (in contrast with only 614 MW of wind and 7.5 GW of gas in 2013).

This was helped partly because the 30 percent investment tax credit (ITC) for solar, unlike the PTC for wind, extends through 2016.

Solar development also has been helped with advancing technology that is making solar panels and related equipment cheaper and more competitive with wind and gas.

But how cheap is too cheap?

Last year, SolarWorld Industries America filed a complaint against Chinese manufacturers and alleged that these manufacturers are sidestepping trade regulations that allowed them to dump cheap solar panels on the U.S. market.

If SolarWorld prevails, the case could result in countervailing duties of 10 to 15 percent on Chinese panel imports and dumping penalties of 50 to 75 percent on the Chinese manufacturers at issue.

Several solar companies have said this could have a dramatic effect on their businesses and solar development in general.

Another issue for renewable asset investors has been the availability of long-term utility offtake contracts.

The demand for utility-scale renewable projects might be waning. Many utilities are close to fulfilling their renewable portfolio standard (RPS) requirements or are contemplating developing their own generation to fulfill RPS requirements.

This has put independent renewable generation developers in a difficult position, particularly if they want to sell their projects.

These challenges and issues regarding availability of transmission and increasing environmental regulation have made many developers turn to smaller-scale solar projects.

Several states have provisions for customers who use distributed generation.

Some utilities are fighting the amount of credits or payments customers receive under net metering programs.

Nevertheless, several leading power producers and developers have determined that distributed generation, such as rooftop solar, is worthwhile at least for now.

This likely will lead to more investment and M&A activity in this area.

On the brighter side for renewables have been yieldcos.

We have seen several yieldcos in the power sector during the past year.

Yieldcos are typically C corporations (or at least entities treated as C corporations for tax purposes) and own, indirectly through an operating company, long-term revenue-generating assets.

The yieldco’s shares are publicly traded, although typically sponsors retain an ownership share.

Yieldcos are attractive because they can be effective to monetize assets, defer taxes and offer a relatively low cost of capital because of the expectation of a steady distribution stream.

They can do this through asset drop-downs by the sponsor, acquisitions or both.

Several other companies with asset portfolios might benefit from such a vehicle, but applicability is somewhat limited.

Only a few companies have enough contracted assets to provide a sufficient pipeline to support creation of a yieldco.

Nevertheless, we likely will hear about more companies that are exploring yieldcos in 2014, and it will continue to drive demand for contracted generation assets.

We should continue to see an interesting mix of deals this year, although there might be a widening gulf between the electric utility and holdco megadeals and the one-off strategic asset acquisitions and small-scale distributed generation and microgrid deals.

Elaine M. Walsh is a partner in the Washington, D.C., office of Baker Botts LLP. She advises clients on mergers and acquisitions in the energy sector, power project development and energy trading transactions. Reach her at elaine.walsh@bakerbotts.com or 202-639-1141.