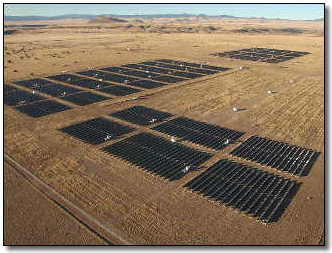 TEP’s 2017 IRP was filed this week with the Arizona Corporation Commission. The report indicates that TEP remains committed to delivering at least 30 percent of its power from renewable sources within 13 years—twice the generation mix required by 2025 under the state’s renewable energy standard.

The TRP outlines the utility’s resource portfolio, future projects and outlines for customer engagement over the next 15 years.

“We’re evolving from a traditional utility to a more technology- and consumer-focused provider of energy products and services while maintaining reliability, convenience and affordability for our customers,” said David G. Hutchens, TEP’s president and chief executive officer, in a statement.

TEP also expects to make greater use of energy storage systems, which can boost power output levels more quickly than conventional generating resources to maintain the required balance between energy demand and supply. The company could gradually add up to 100 MW of storage capacity as prices fall, according to the report. TEP recently completed three energy storage projects with a combined capacity of 22 MW that are designed to provide grid-balancing support.

TEP also is preparing for the retirement of the coal-fired Navajo Generating Station, which participants have agreed to run through December 2019 if a land lease extension can be reached. TEP owns 7.5 percent, or 168 MW, in that plant and has joined other owners in working with the Navajo Nation to develop a transition plan for the facility.

In the load forecast portion of its IRP, Tucson Electric noted that customer growth has dramatically slowed due to the severe recession and weak recovery. The utility does not expect that growth to return to pre-recession levels, but estimates that the customer count will be close to 450,000 with a 2.5 percent annual rise in the residential rate class by around 2030.

Proposed infrastructure work includes the SunZia Southwest Transmission Project, a double-circuit 500-kV line that would originate in at a planned substation near Ancho, New Mexico and ent at the future Pinal Central substation near Casa Grande, Arizona. This and other projects could allow TEP to tap into wind and solar sites along the routes.

The TEP report also revealed that it is considering the economic benefits of participating in the California Independent System Operator energy imbalance market, which can “create market opportunity for balancing loads and resources given the intermittent characteristics of wind and solar resources.”

A study with contracted consulting firm E3 determined that TEP might gain an annual, early benefit of about $2.5 million from participating in the CAISO energy imbalance market, according to the IRP. However, that financial windfall would decrease over time, so TEP is currently calculating what the costs would be in joining the market or whether other western imbalance markets might be available.

TEP has about 420,000 customers in Southern Arizona. TEP and its parent company, UNS Energy, are subsidiaries of Fortis Inc.