High-voltage direct current (HVDC) transmission is rapidly expanding around the world, with quickly evolving concepts and configurations. More than 200 HVDC systems are operating globally and many new HVDC projects, both overhead line and cable, are being planned. HVDC grids that overlay the alternating current (AC) network are being seriously considered for future development.

A DC grid has three or more converters with two or more transmission power flow paths. A multiterminal DC transmission system is a single transmission path with one or more taps. The main challenge in devloping and constructing an overlaying DC grid is that the benefits of new transmission must exceed its costs. Planning a DC grid requires a thorough investigation into how its benefits can be determined. 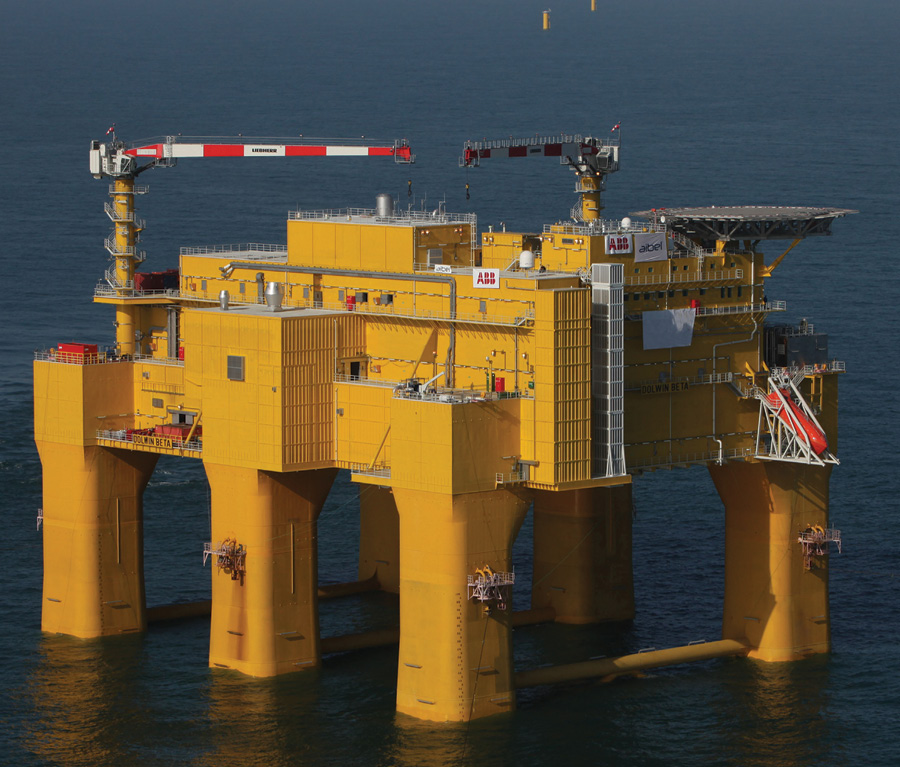 HVDC applications are increasing steadily in many parts of the world for various reasons. In countries such as China, India and Brazil, ultra-high voltage direct current (UHVDC) transmission projects at 800 kV are being implemented to meet increasing load demands. HVDC applications are also being built to interconnect renewable generation resources, such as wind and solar, to the main transmission network because of technical and economic advantages. Difficulties in getting new rights-of-way for overhead transmission force utilities to consider maximizing their existing asset through options such as AC line conversion to DC operation for increased transmission capacity.

Offshore wind is gaining in importance in the overall energy mix. Higher, more consistent wind speeds offshore provide a more constant supply of energy than some onshore wind sites, and offshore wind can be located closer to large population centers compared to onshore wind. Europe is leading the way in interconnecting offshore wind via HVDC, with a few operational projects in the North Sea. The first U.S. offshore wind farm (Block Island) was installed recently off the Rhode Island coast. With an AC cable connection to shore, this 30 MW offshore wind project features five 6 MW turbines. Further offshore installations are planned along the U.S. east coast. The need for utilities to understand the issues surrounding interconnection of remote resources, in particular offshore wind via HVDC in a planning context, is growing worldwide as implementation becomes more common.

Why HVDC Transmission for Offshore Wind

For an onshore above ground transmission system, the break-even distance between HVAC and HVDC (Point D on Figure 1, page 10) is around 300 to 400 miles, depending on the cost of the HVDC converter stations. An offshore system requires subsea cables. Capacitive charging is much higher for AC cables than AC overhead lines. Long AC cables, therefore, need reactive compensation, in the form of shunt reactors, to maintain an acceptable steady-state voltage profile along the cable. If the cable is so long that compensation on each end is not sufficient, then compensation becomes a significant technical and economic challenge. This fact forces the breakeven distance between HVAC and HVDC offshore to approximately 30 to 60 miles. The cost to compensate for this reactive power and ensure appropriate active power transfer is higher for HVAC than it is for HVDC.

HVDC has other technical benefits over HVAC for offshore wind connection. The DC link limits fault propagation from the wind farm to the onshore grid, or vice versa. The HVDC system has lower losses than HVAC and there is no potential for resonance between the offshore cable and the onshore grid. CIGRE Technical Brochure 483, “Guidelines for the Design and Construction of AC Offshore Substations for Wind Power Plants,” reports that HVDC is a more economical solution for a wind power plant located more than 50 to 100 km offshore (roughly 30 to 60 miles), and larger than 200 MW.

There are two types of HVDC technologies—line commutated converters (LCC) and voltage sourced converters (VSC). VSC technology has been used for all HVDC connected offshore wind thus far. This is due to the multiple advantages of VSC over LCC for offshore applications. These advantages include:

“- More compact converter station with less or no filtering, which is particularly advantageous offshore

LCC requires extra equipment (STATCOM or SVC) offshore and filtering further increasing offshore station size. The controllability, compactness and reactive power considerations of VSC make it more desirable than LCC-based HVDC. VSC-HVDC presents a more attractive option technically because VSC voltage can be regulated on both sides easily and independently of the real power transfer, and VSC connection to weak parts of the electric power system is technically less challenging.

Other options for connecting HVDC have been suggested recently in an attempt to reduce complexity of the offshore substation. Low frequency AC transmission in which the offshore wind farm is connected to shore via an AC cable operated at lower frequency (~1/3 of the fundamental), thereby reducing the capacitive charging current of the cable. Onshore the AC cable from the wind farm is connected to a back to back VSC-HVDC to convert the frequency back to grid frequency. Another option is to use a diode rectifier based HVDC for offshore to reduce the complexity. The offshore VSC is replaced by a less complicated, modularized diode rectifier unit. These technologies are still in conceptual stage but experts do not anticipated any unsurmountable technical challenges to their implementation.

In planning an offshore wind farm, utilities must consider a number of things. These include:

Offshore transmission ownership and operation. The utility may decide not to own and operate the offshore network and only operate from the point of connection. Advantages of this include the fact that a developer will own and build the offshore HVDC link. On the other hand, the utility may use an offshore grid for supplementing the onshore grid.

Reliability. Generally, it is suggested to build one HVDC or HVAC link to an offshore wind farm. Because there is no load offshore, it may not be cost effective to install two cables for N-1 redundancy. It is also suggested that a second AC transmission transformer be installed offshore due to higher than normal failure rates of converter transformers and the repair time offshore.

Offshore substation resource sharing. If the utility owns the transmission offshore it can choose to share the offshore platform resource with the developer, which will require AC switchgear, transformers and more on an offshore platform. The advantage of this is reduced overall cost and footprint. The offshore developer and the HVDC vendor must, however, share a platform.

The most notable difference between an onshore HVDC link and an offshore HVDC connection is converter control. In a regular point-to-point HVDC system, power is controlled from one station and the DC voltage is controlled by the second station, meaning the operator has full control over the power flow in the DC link by controlling the converter.

In an offshore system, however, the offshore VSC station is tasked with controlling the offshore grid voltage amplitude and frequency. The onshore station must control the DC link voltage, and because both converters are now controlling voltage (AC and DC), the HVDC link must pass through the power generated by the offshore wind farm. The utility then must control the power flow by controlling the wind farm output. In general, an individual wind turbine should be configured to output maximum power, unless this causes mechanical stresses or power is being curtailed for reserve purposes.

An EPRI report on HVDC and offshore wind outlines considerations for utilities planning the integration of large offshore wind farms with HVDC via subsea cables. The report examines the differences between an offshore HVDC connection and an onshore HVDC link. Traditional planning techniques for conventional HVDC while still applicable, may not be sufficient to identify all the challenges such as subsynchronous control interactions in the offshore AC collection network. It is recommended that detailed three phase models be used in planning studies to ensure the fewer problems during commissioning.

For many years, EPRI conducted ongoing research and development dedicated to advancing technologies related to HVDC to solve industry issues and to assist utilities in making informed decisions when considering these applications. At its laboratory in Lenox, Massachusetts, EPRI continues to study electric fields and provide guidelines for designing HVDC lines to mitigate electrical effects and develop software that can be used to simulate different tower configurations. HVDC live line maintenance also is gaining increased attention, and EPRI is working on best practices and tools needed in this area. | PGI

Dr. Ram Adapa is a technical executive in EPRI’s power delivery and utilization sector. His research activities focus on HVDC transmission, flexible AC transmission systems (FACTS), custom power and fault current limiters. Adapa joined EPRI in 1989 as a project manager in the power system planning and operations program. Later he became product line leader for transmission, substations and grid operations where he developed the research portfolio and business execution plans for the grid operations and planning areas. Adapa is an IEEE Fellow and has been honored several times by IEEE for his outstanding contributions to the profession. He received the 2016 IEEE PES Nari Hingorani Custom Power Award. He has authored or coauthored more than 125 technical papers and is an IEEE Distinguished Lecturer. He is an individual member of CIGRE and a registered professional engineer.