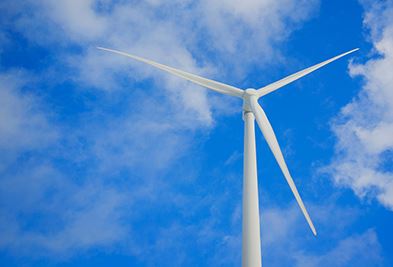 U.S. wind farms now pay $222 million dollars a year to farming families and other rural landowners, according to new data released by the American Wind Energy Association, with more than $156 million dollars going to landowners in counties with below average incomes.

Wind energy generation saves about 226 gallons of water for every American each year according to the new data released by AWEA, creating another benefit for rural livelihoods that depend on significant use of freshwater to raise livestock or grow crops.

“The rapid growth of wind energy largely benefits rural communities, including some of the most economically distressed parts of the U.S.,” said Tom Kiernan, CEO of AWEA. “Wind farms pay $222 million dollars a year to U.S. farmers, ranchers and other rural landowners, helping them to make ends meet, send their kids to college, or even keep that 100-year old ranch in the family. By continuing to grow this locally-made, drought-resistant cash crop, wind power can unleash even greater economic and water-saving benefits for these communities.”

“The wind farm allowed us to be able to keep our family farm,” said Jason Wilson from Calhan, Colorado. “We had come to a point where it no longer made financial sense to keep the property even with its vast sentimental value. The wind farm balanced the financial viability with the sentimental value, allowing the family farm to continue to be passed on to the next generation.”

For example, Oklahoma wind farms return over a $1 billion dollars in property taxes to counties and local schools over their life according to an Oklahoma State Chamber report in 2015. In Ohio, a single wind farm is the largest taxpayer in one county and local school officials report the wind farm adds $400,000 a year in new revenue, even helping to supply over 900 new computers for students.

Beyond wind’s economic benefits, the production of clean wind energy significantly conserves water resources that would otherwise be used to cool thermal power plants. America’s world-class wind energy production creates greater access to freshwater resources, another benefit to rural farmers and ranchers – especially for those living in areas of the U.S. most susceptible to drought.

The 191 million megawatt-hours of wind generation in 2015, enough electricity for about 17.5 million American homes, led to nearly 73 billion gallons of water saved or about 553 billion bottles of water.

Iowa produced 31 percent of its electricity from wind last year, and a total of 12 states generated 10 percent or more. Oregon recently joined California, Hawaii, and Vermont as part of a growing list of states choosing to implement renewable portfolio standards (RPS) requiring 50 percent or more of their electricity to come from renewable energy. Pending legislation in New York could add the Empire State as the fifth member of this group.

“States with the best policies will continue to attract the new investment in this locally-made, drought-resistant cash crop, further benefiting their state economies,” said Kiernan.

States have chosen to expand RPS policies because they help to diversify the electricity mix and deliver substantial consumer savings. Meeting these RPS targets is achievable without sacrificing reliability or raising costs.

Wind power costs two-thirds as much as it did six years ago and in some parts of the U.S. wind power is the lowest-cost option for generating electricity. Those savings are being passed onto American families and businesses. Consumers in the 10 states with the most renewable energy pay less on their electric bills than the 10 states with the least amount of renewables.

$650 million dollars a year in payments to landowners every year is possible by wind growing to supply 20 percent of U.S. electricity by 2030 according to the U.S. Department of Energy’s 2015 Wind Vision report. Also by 2030, according to the DOE, wind energy could help conserve 260 billion gallons of water in the year.